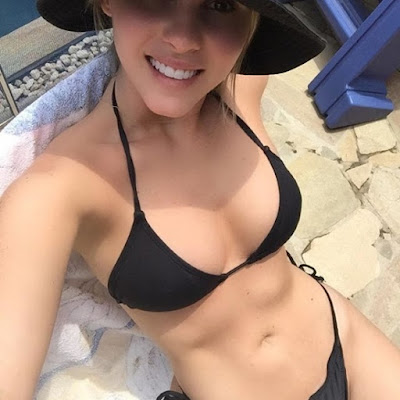 I found this nerd looking guy trying to a flat tire at 3am. He was trying to figure out the tire jack. He was about twenty-five, skinny large rim glasses. I stopped to help. I asked if he needed some help. I could tell he didn't know what to do. His wife got out of the car. GD, She was a fox. She spoke to me in broken English with a French accent. Thank you for stopping to help.


She said her name was Suzette. Suzette was wearing a low cut neckline thin T-shirt and no bra. She was showing about 7 to 8'' of the best cleavage known to mortal man. Her titties looked all natural. Her nipples stood out hard. I took my hat off and covered her tits. "Lady" I said. "You going to have to do something with those. I can't change your tire with those hanging out like that" Oh excuse me, it's hot out. She said. I explained how to change his tire as I changed her goofy husband's flat tire.(Sex Stories)

I put his jack back in the trunk along with his flat tire. "As soon as you get to where you're going you need to have this fixed, I told him. Suzette thanked me for the help. I was down on my knees tightening the lug nuts, Susie bent over a exposing her fine set of boobs.

Suzette offered to buy breakfast, "I'll take you up on that. Where is there ah restaurant?" I asked. Suzette said, "No. no Our place.... Yeah, that's fine & Where's that? I said. "Wilber" her husband said, "We are about 30 minutes away" I'll ride with you Suzette said, Wilber doesn't mind. "Well Ok. During the drive Suzette said, "I know what you're thinking. She said. You are wondering why I'm married to him. With tits like these, I could get any good-looking man I wanted. Well I can. Ya see Wilber has money and lots of it. I married him for the money & he knows it. Now let's see that cock you have behind that zipper" She unzipped my pants and started stroking it. I was hard in seconds. She lowered her head & said, "Just follow Wilber & never mind what I'm doing. How is one supposed to never mind, when i was getting a knob job trying to follow her husband down the road? Now I ask you. Wilber was driving slowly, that was ah good thing. Susie was beating me off while she sucked my woody.

I put the car in cruse control & she lifted her shirt above her boobs exposing her great set titties. I grabbed her right breast. She said, "Your dick looks like it maybe just the size to fit between my tits, you want cum between them? Hell, (What would you do) Wilber slow down and turned into a residential area. "He's turning to your driveway Susie" She said, "It's ok don't worry about him, he knows what I'm doing" Wilber pulled up and stopped. Wilber got out and looked at his tire instead of checking on his wife. I thought, what kind of marriage is this.

Suzette didn't move to cover what she was doing. I opened the car door & buttoned up my flies. Suzette followed me with her shirt above her tits & we went in the house. She led me right to her bedroom. She striped off her clothes, and said, "Well let's finish this" She went to remove my clothes when Wilber walked in. "Sweetie is my wallet?" Wilber said. Damn this guy didn't even care about his wife. Suzette pushed me back and jumped into 69 with me. She swallowed my cock again. Slurping, licking & sucked me off. I started fucking her face; she took every stroke with matched rythem. I felt my balls contract & cummed down her throat. Volley after volley of semen went down her gullet. She missed the last few. They ended on her chin & her neck. She said, "WOW, You do have a lot to offer, Huh? Can you do my tits now? Wilber don't have dick like this, his daddy does, but Wilber didn't get any. It's 4" when he's hard. There are so places in my pussy he has never been! He can't get to my g-spot with his pee pee. I'm not complaining. He does have money"
.
I thought, (What the hell) I slipped my cock in her cunt with one thrust. My balls slapped her ass. "Hey, HEY. You and can fuck my butt, my tits and my mouth, but you aren't going to fuck my pussy. I just kept pumping my meat to her, she said again & again. "You and can fuck my butt, but you aren't gonna fuck my pussy. No, No you aren't gonna fuck my pussy" She then started moaning softly. I with-draw and thrust back in hard. Sue screamed out loud, "You aren't gonna fuck my pussy, No, - no - no. OH Fuck my snatch fast. Give it to me. LET ME HAVE IT!" She bent over even further holding on to a towel bar and spread her legs to give me more access to her cunt. F F F F FUCK ME HARDER Make Me Squirt. I went like oil derrick, Hard, Fast & Deep.

Suzette was screaming "You're not going to screw my pussy. You re just not" She started backing up against me forcing my dick in her as far as possible. I felt my balls contract. I pumped my seed in her coochie deep. She screamed, "I'm cummin' again, I'm cuming" We let our union take us to wherever it did. She said her orgasm lasted longer than any in her past sessions with strangers. I pumped the last few gobs of cum as orgasm subsided. Suzette spoke in French. I donno what she said but she stood up with my dick still inside her & smiled at me. I thrust in a few more times. All this time her goofy husband, Wilber sat in the bedroom with us and watched tv. That was my first and last international insicdent. Suzette & her goofy husband.