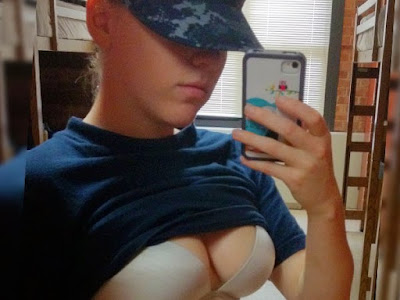 I came home from work early one day only to find my girlfriend Anna on her knees tits out sucking on Jim's big black cock. I didnt want to interrupt them so I sat down took my pants off and started to jerk off. I watched as my girlfriends head would bob on Jim's dick as she tried to take more of his thick cock in her mouth. Her mouth wasn't big enough to take his whole cock, mainly just the head and a little bit more so she made no effort to deny it and had to use both hands to jack him off.

Jim didn't answer he turned to me and said, "I have a friend coming over and hope you don't mind, Anna sure didn't." I told him that I didn't mind the long as it was safe fun.

Anna ignored me continued to be a slave for her black bull and savor his cock. She would go back-and-forth from trying to suck on the head of his dick to jacking him off while she sucked on his balls. She would moan the entire time saying dirty things about how much she loved the taste of his cock and continue to lube him up, jack him off and try to make them cum. A knock at the door came after 5 to 10 minutes of me watching Anna please Jim and I open the door to find a black guy I knew by the name of Bruno. I had known him to be quite a player and heard rumors that while he was not a thick, he was long.

He said hi to me walked in and greeted Jim as well as Anna. He started to remove layers of clothing, which eventually exposed his dangling long cock. He wasted no time by getting Anna to suck his dick. She seemed to enjoy having a super long, averagely thick cock in one hand that she could push down into her throat with ease and with the other had a cock that could stretch her, tear her, bring her ecstasy and was her favorite cock of them all.

Before I had showed up she had told Jim what she wanted for today was to have a new black cock fuck her ass and for her to have several facials by the end of the day. Jim told her he knew just the guy and was sure she was going get exactly what she wanted.

Bruno did what he wanted and took full advantage of the fact that he could push his dick deep down and into Anna's throat and so every time she took his cock in her mouth he placed his hand on the back of her head and let his cock slide down her throat until she couldn't breathe anymore. When it was Jim's turn have his cock sucked he preferred a much slower blow job allowing and just savor the head of his cock while she jerked him off. Anna got very good at being able to suck on one cock jerked it off and jack off another man all at the same time. She would go back and forth every minute or so to Bruno and then Jim enjoying with each man had offered her.