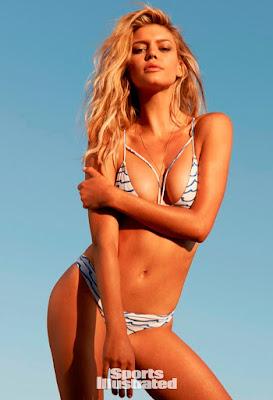 Sure that it had to be Britney at this hour I answer the door and didn’t even bother to close my robe. I was about to reprimand her for interrupting me as I opened the door, but to my shock in was Ty, my sexy black friend who always hit on me. I must’ve changed three shades of red and quickly closed my robe, but not before he got a clear view of my naked body! I was absolutely speechless as I stood there. He asked if he could come in so I step aside and let him in without thinking. As he walked in I saw that I left my vibrator on my desk and my computer screen still had that i****t story opened! It was too late!

He immediately noticed it and commented, “Well I guess know what you were doing!”

Just when I thought I had never been so embarrassed before now I was utterly humiliated! I fumbled with my words as I tried to explain it. To make matters worse he began to read the story and when he realized it was an i****t story he was completely surprised. Unlike Britney I have this good girl image.

I tried to explain it’s not like I would ever do it or even condone it just the stories are hot sometimes. I got the feeling I wasn’t convincing him, so I began to beg!

I pleaded, “ Please can we just keep this whole thing a secret? This is so incredibly humiliating and I’d die if any of this got out.”

Ty with a devilish grin responded, “Okay if you take off your robe for me. I’ve been dying to see you naked and that was too quick!”

My first thought was to tell him no way, but then I thought this would really suck if it gets out and he already saw me naked even if only for a second. So I just did it without saying a word, I drop my robe to the floor and stood there naked in front of him. His eyes opened wide, like he was trying to memorize every detail of my body. It was embarrassing let very erotic! Ty was 21 years old, 6’2” 190 lbs and has a very well defined body. I’ve seen him without a shirt on and he is very muscular. He was wearing sweat pants and I noticed he cock growing and jutting outward.

He said, “Damn Ash you are the most beautiful girl I’ve ever seen!” I took that as a big compliment because I knew he fucked his share of girls!

He said, “Man! You really know how to suck cock!” As he just keep moaning.

I gagged each time my lips reached his pubic hair, after a couple of times I removed his cock from my mouth and said, “Damn your cock is huge!”

When we were both finished having our orgasms Ty pushed me down on the bed so I was lying on my back. Without a word he proceed to kiss, lick and suck of every inch of my body. I was in pure ecstasy. His tongue went from my ear to my neck where he left me a big hicky. The whole time he finger fucked me with his long fingers. He worked his way down to my tits and took turns sucking on each one. He’d suck on my nipple then grab the tip of it with his teeth, biting gently, and pull it as far as it would stretch then he go back to sucking it. He’d repeat this process on the other nipple.

He stopped momentarily to say, “I love your big tits, they’re perfect!”

Then he went back to sucking on them. I was moaning as he played my body like his instrument. After a while he finally reached my very wet pussy. I was hoping, no dying, for him to go down on me! I love receiving oral sex and was very happy he was returning the favor. Most guys after a blowjob would be like thank you and good night, so I really appreciate this. He was very good at it too, spending the right amount of time alternating between running his tongue between my pussy lips and twirling it around my swollen clit.

Just then he did exactly that…HE STOPPED!

I was so disappointed! I was so close to a big orgasm. I quickly said, “No please don’t stop!”

As I said that he stood up and I saw his cock was hard again. That surprised me because David is only good for one time in a night, period, much less hard again after little more than a half hour!

I knew he attended to fuck me and I guess the fact that I just thought of David made me have second thoughts about what I just did. I said, “Ammm I can’t…I want you to fuck me so bad but I have a boyfriend.”

He replied, “So your boyfriend will be okay that you sucked my cock?”

I responded, “No, but I feel guilty enough that I did that.”

He then said, “Look I don’t want to have to blackmail you but unless you want everyone knowing what I caught you doing and reading and how you sucked me off like a pro you’re gonna have to fuck me.” He added, “You already cheated, so let’s finish this right. I promise your boyfriend will never find out.”

I was silent for a moment then reluctantly said, “Okay.”

I know I’ll regret that decision forever, especially because I think Ty was just saying that in the heat of the moment. He’s too nice to really ruin me like that, but rather then call his bluff I agree to fuck him. Truth is I wanted to fuck him so bad and I wanted to have that big orgasm he just had me on the verge of. This was just an excuse to fuck him and still try to keep my good girl image.

He laid down on the bed and told me, “I want you to fuck me. Hop on!” He was holding his long black cock straight up.

I eagerly got on top of him and slowly lowered myself down upon it. It felt so huge! I’ve never had anything that big in my cunt before. It hurt and when I finally lowered myself all the way down on it I just sat on it motionless while I tried to adjust to its girth.

Ty moaned, “Your pussy is so fucking tight!”

I sighed and said, “Your cock is so fucking huge!”

We both smiled and then I started to fuck him. He encouraged me and consoled me as I tried to handle his massive cock. It hurt but it also felt so good! I couldn’t believe I was fucking a black guy! As I got use to the size I started to enjoy it more and began to pick up the pace, which Ty loved.

He said, “That’s a girl ride my black cock!” I loved that he said that.

He replied, “No problem.”

It was the best sex of my young life, but Ty was still hard and had a little left in him. Did I mention what a stallion he is? He rolled me over and now with me laying on my back on the bed and him on top he starting fucking me some more. My poor pussy was feeling sore and I was so spent but I liked that he was still fucking me. His muscular arms were extended lifting his chest off mine. He didn’t fuck me long in this position but he was jack-hammering pussy unmercifully and it took all I could to withstand his onslaught! I felt obligated to let him get off after how he just made me feel. So I just grunt and bear it! My tits were bouncy uncontrollably, so I grabbed them and held them in place. I’ve never felt such power pounding away at my pussy. After five minutes he deposited one final load of his thick gooey cum into my battered cunt. This time he collapsed next to me, much to my relief, and then we just held each other until we both caught our breath. After a little while he got dressed and left. Before he did he promised me he’d never tell anyone about tonight and that this night will always be special to him. He was so sweet and I was kinda falling for him. I’m glad he left when he did or I might have said some things I shouldn’t have.

The next morning I woke up from a dream in which I was in a doctor’s office, sitting on an examining table with my legs spread wide in stirrups. I was completely naked and my tits being massaged by a cute doctor as I was giving birth! I was yelling and another doctor sitting between my legs was telling me to push. David was there watching and when the baby came out of me he had a shocked look on his face. Then the doctor held up a black baby! I woke up in a cold sweat at that point terrified. I jumped out of bed, still naked from the night before and grabbed a calendar. I began counting the days from my last period. I counted twice just to make sure I didn’t miscount, but I didn’t. So much for my last line of birth control, the Rhythm Method, according to the calendar I was ovulating! All I could think is I’m so dead if Ty got me pregnant!

Later that morning I met up with Britney and told her everything. A couple of times she would start to laugh and each time I’d ask her what’s so funny and she would say, “Nothing go on.” When I finally finished telling her all the details and about my dream she started laughing really hard.

I was like, “Okay Brit what’s so funny? I knew you would love hearing I finally fuck another guy…a black guy too! Okay I not the good girl anymore!”

My mouth hit the floor I couldn’t believe I was set up! Britney added, “I didn’t think he’d actually fuck you though. That’s so awesome!” The rest of the day she teased me about it, I’m not gonna live this one down!

I still don’t know what to do about David. I could never tell him, but I feel so guilty and I feel I should do something. As far as Ty goes I don’t know what to do with him either. I can’t get him out of my head and I want to fuck him again in few days when my pussy is not so sore but I know I can’t. Plus what if he did get me pregnant, I always said I would never get an abortion, but f****y would disown me and David would break up with me if I am pregnant especially if a black guy knocked me up. The one thing I know for sure is I’m gonna get Britney back really good!