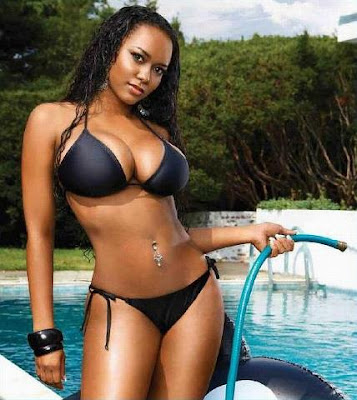 After I left the Navy all thoughts about my bi romp in New York were pushed to the back of my mind. I married a lovely girl; we had two adorable c***dren and settled into a life of married bliss. Some years later I was working in London's Soho district when I saw a guy who I thought I recognised. I followed him into a local pub, as he got to the bar he turned so that he was facing me. It was Dave my New York gay friend, he looked at me and recognition filled his face. We embraced but I pulled away when he tried to kiss me, I explained that the time in New York was my first and last man to man sex I had tried. We had a beer and chatted like old friends, well after all he had popped my anal cherry, and his was the first cock I had sucked. He told me that Mike had left New York and was living in San Francisco, Dave said he was in London for another four days before moving on to Germany.


He had come to Soho, as this was London's gay area, but was staying at a small hotel in Islington. My mind kept drifting back to the great time we had shared years before in New York, Dave must have sensed this and put his hand on my thigh and gently rubbed it.I was beginning to melt, and he moved his hand up towards my crotch. He started to caress my cock through my trousers and I started to squirm in my chair. It was a gay pub so nobody was taking any notice of us. I was a married man now, and this shouldn't be happening, but it was. Dave took my hand and placed it in his lap, and lust took over. He asked if I wanted to go back to his hotel with him, just for old time's sake he said. I had completed my days work so I said OK; we called a cab and headed for Islington. (XXX Stories)

At the hotel I phoned my wife to say I had met an old friend and would be home when I got there, she was OK with this and said have a good time. I thought I sure will, but was still nervous about going with a male again after all these years. We went to the bar and ordered a couple of cold beers, and sat quietly talking. Dave said that he had always remembered that afternoon in New York, and always wondered why I hadn't returned for more. I told him that I had felt a little bit uneasy with what had happened, I had enjoyed the experience but didn't want anymore man on man sex. We finished our drinks and Dave asked if I wanted to go up to his room, I agreed as long as I could call a halt if I wanted. He agreed, and we got in the lift to his room....

When we entered the room, Dave walked up behind me and put his arms around me pushing his body against my back. He started to nuzzle my neck as he undid the buttons on my shirt he slid my shirt of off my shoulders, and caressed my naked chest. His hands moved down to the buckle of my belt, within seconds my trousers were in heap around my ankles. I stepped out of them, and he started to push my briefs down my body. I could feel his hardening cock pressing into the crease of my arse, and then he said I seem to remember that you enjoyed this in New York. He slipped to his knees and ran his tongue the length of my crease, his tongue then burrowed into my rosebud pushing it's way passed my sphincter and into my anus. What he was doing now had caused me to lose my anal cherry to him in New York; I was in ecstasy my cock was as hard now as it was then. He stood up and pushed me onto the bed in one easy movement, I watched as he slowly removed his clothing bit by bit. It was more of a striptease than anything, he was finally naked his cock was standing at half-mast. He looked almost as I remembered him all those years ago, his cock was shaved and the head looked good enough to eat. I still felt I shouldn't be here doing this, but I had to do it again I needed his cock. I leant forward and as I sucked his cock into my mouth, I said I liked this in New York as well.

I kept his receding erection in my mouth I wanted to saviour the moment, I thought he was going to cum again as he started to moan. A hot liquid was filling my mouth; he was pissing into it. I took his cock from my mouth and sprayed his piss all over my face; I held a mouthful in my mouth until he was finished I wanted to repay him. I stood and leaned in to kiss him forcing the piss from my mouth into his, he wanted more so I pushed him to his knees. He took my cock into his mouth just as I started to let go with a stream of hot golden piss; Dave controlled the flow by squeezing the base of my cock. He drank all that I could give him, I pulled him up and we kissed, the taste of piss was on both our tongues. We washed each other gently, and walked slowly into the bedroom. We made love to each other slowly and gently. I fucked arse for the first time since New York, and Dave made love to my arse for what seemed hours. I left the hotel with a heavy heart, as I knew I wouldn't be seeing Dave again.

Sorry if w/s offends but it happened as part of our lust.