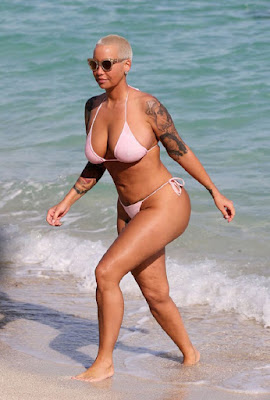 
I remember one Saturday night in the 1970s. I'd been out clubbing and, having started a long walk home, was vainly trying to hail a London black cab. After the umpteenth occupied one had passed me by, a mini cab drew to a halt alongside me. The driver leaned across the front passenger seat and wound down the window.
"You looking for a cab, mate?" I now saw his face quite clearly - he was gorgeous!
"Yeah" I replied. But it's a Saturday night. They're all full."
"Where do you live?"
I told him the district.
"Hop in - I'll take you. I've got a pick-up booked in an hour so I'm OK till then."

I needed no further persuasion and slid in beside him. I was now able to study him more closely, but discreetly. I guessed him to be in his early twenties and he wore a body-hugging teeshirt which highlighted well-developed pecs and strong arms. The lower half of his body was adorned in a pair of pale blue tight jeans. His hair was well-groomed, blond and of medium length. When he did his first gear change I noticed a ring on his wedding finger. Lucky bitch! I thought of his wife.(Sex Stories)

My driver was very chatty in a friendly South London way and, convinced that he was a hundred per cent straight, I gave no indication that I was gay and lusting after him like crazy.
We arrived at my address and I paid him my fare which was cheaper than a black cab as, strictly speaking, mini-cab drivers were not permitted to pick up passengers not booked through their office. I opened the door to get out, expecting that to be the end of a brief and highly frustrating encounter, when he said: "Do you think I could use your toilet? I'm bursting for a piss."

A couple of minutes later he was in my bathroom of my flat taking a leak while I was in the kitchen making myself a coffee. He came out and for the first time I caught a glimpse of the very appetising bulge at the front of his jeans.
"You got time for a coffee?" I asked him.
"Cheers, mate - I'll go down and switch off my radio."

While he was away I went into my lounge to check it was acceptable to visitors and it was then I spotted the incriminating evidence - my portable movie screen, cine projector and a mixed pile of straight and gay 8mm porn films I had been watching earlier. As I heard my driver come back through the front door, I just had time to slip the gay films in a drawer, leaving the straight ones in their explicit covers on display. I told Paul (we were now on first name terms) to make himself comfortable while I went back into the kitchen. When I returned with the coffees he was standing by the sofa, browsing through the films. I feigned embarrassment.

"Sure," I said, trying not to appear too eager, and switched on the projector. While threading the film through, I added: "I can't be held responsible for what effect it might have on you."
His reply surprised me. "'S alright - I've got a long night ahead of me. I can always have a wank between jobs."

The film started and I sat in an armchair at right angles to the sofa he was sitting on. As most of the 8mm reelers of the day were quite short, little time was devoted to preamble and very soon the blonde with the big tits was enjoying the attentions of three handsome young Swedes, all displaying more than ample sets of genitalia protruding from their open-zipped jeans. I wished mine could have done the same, but modesty forbad. In the glow of the projector beam I noticed that Paul had stretched his long legs out in front of him. The bulge definitely looked bigger. He adjusted it with his hand momentarily, possibly unaware that I was more interested in watching him than the movie.

"Christ! This is hot stuff." He breathed. There was an awkward silence as if he was expecting a reply. A thought crossed my mind. Was he waiting for me to start something? Was he expecting me to make the first move? While I was trying to think of a subtle way to attempt a seduction without making a terrible mistake by misreading the signals, he resolved my dilemma.

"Do you ever have a wank while watching these?"
"Of course", I replied, my roaring hardon trying to break through the material of my levis.
"You can do it now if you like," said Paul with a nervous shake in his voice. "I might do the same. This is making me so fucking randy."

"Be my guest," I proffered and started feeling myself. As I unzipped and fished out my seven inch uncut prick he looked across at me and squeezed the ever-increasing bulge at the crotch of his pale blue jeans.

"That's quite impressive," he complimented me.
"Thank you," I replied, then decided to take the bull by the horns, so to speak. "Have you ever been wanked off by another guy?"
"My cousin and I used to do each other," Paul said, then added: "You can toss me off if you like."

If I like! As if I needed a second invitation. With my cock still rampantly displayed through my open jeans, I moved to the sofa and sat next to him. He slid down a bit to give me better access. I gently placed my hand over his crotch and could almost feel what lay beneath burning through the material. I rubbed and squeezed the hard mass, enjoying the anticipation of the "reveal". When I'm in a similar situation today, I like to take my time, stroking and fondling outside the trousers before unzipping and feeling inside, then rubbing the front of briefs or boxers, tracing the outline of the cock within while trying to visualise what it will look like when eventually released from its confines.

But Paul was in no mood for foreplay. He hastily unbuckled his belt, unzipped and arched his buttocks off the sofa in order to slide his jeans down. His briefs followed immediately and he stretched out again ready for me. I couldn't believe the situation. This sexy guy I had lusted after ever since I got into his cab but thought was totally unavailable was beside me now, displaying one of the most beautiful cock I'd ever seen. It was about the same length as mine, but considerably thicker and had an exquisite shape and texture to it. His foreskin was perfect; the prepuce rolled slightly back on the helmet, revealing a watering eye of pre-cum. It twitched on his navel. I leaned over and gently ran my fingertips up its length from ball-sack to the tip. It jerked and danced frantically as I made the return journey. I just love to tease! My left hand cupped his good-sized, almost hairless balls and he let out a sigh of pleasure. My right hand now very, very gently, with hardly any pressure, grasped the top half of the shaft and rolled his foreskin off the helmet. As I stroked upwards again I applied a little more pressure and he sighed again. I looked at his handsome face and noticed his eyes were closed.

"Fuck me! You've done this before, haven't you?"
"Once or twice," I lied. It was dozens of times! I stroked downwards again, feeling his prick pulse and throb in my loose fist. I gazed at his flat belly and the thin line of sand-coloured hair that stretched from his navel to a thick mass of pubic hair round the base of this magnificent weapon I now had complete control over.

I released his balls from my left hand to give my own aching cock a few strokes as it was evident Paul wasn't particularly interested in reciprocating. I looked back at his face and his eyes were open again, watching the increasingly raunchy action on the screen. The woman was now being gang-banged by the three men and one of them was jacking himself off furiously over her face. My masturbatory technique changed as I gripped Paul's cock over his bell-end, using just my thumb and two fingers. My strokes were a little faster now.
"Does your wife ever do this to you?" I asked.
"Sometimes, but she prefers me to cum inside her."

"Do you ever pull out and shoot over her?" Such talk with a straight guy always turns me on.
"Not often," he said. "She doesn't like the mess. Do it faster. I wanna shoot my load when these guys do."

I released his balls, gave my cock a couple of jerks and I too was exploding....all over the floor. The other two guys in the film were shooting their loads, one over the girl's belly; the other one, courtesy of her helping hand, over her tits. The End appeared on the screen and the film spooled off the reel. I had timed things to perfection.

Paul showed no sign of guilt or remorse as he cleaned up with one of my towels and was just as chatty as before as though nothing had happened. I gave him my phone number in case he fancied a repeat performance, but, sadly, I never heard from him again. He left to pick up his scheduled fare with a cheery farewell. And he hadn't finished his coffee!