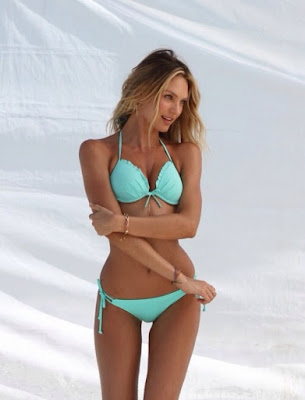 I'd been working weekends at the stables for a few months now, earning some extra money before I went to University. It was hard work, feeding and raking out after the horses, but I so loved horses and Pete (the owner of the stables) would let me take a horse out for a free ride once in a while. I loved feeling the strength of the horse under my bum as I rode around the field. Pete was a naughty guy who would often help me down from the horse and give my taut bum a little stroke as he did.


Pete was a nice enough guy, with big strong farmer's hands. He was about 30 years old and so was quite a bit older, me only being 25 and still quite innocent with men. I should have really fancied Pete but I'd never really been into men that much.

One day, as I arrived at the stable, I noticed a lady in the field riding my favourite horse. She was also older than me, and I couldn't help but see how well she filled her tight-fitting, elegant riding clothes. As she rode, I could see her large breasts bouncing to the motion of the horse and she seemed so confident, so masterful over what was usually such a hard horse to ride. As she rode past me, I could see her strong legs around the horse, controlling it and making it do just whatever she wanted.(Porn Stories)

"Get to work, Bex" said Andy, one of the farm hands. "Look lively" he said "That's Sarah, Pete's wife on that horse. Don't let her see you slacking". With that I jumped back to it and got to work, but finding it difficult to take the image of Sarah on the horse out of my mind.

About half an hour later, I was working busily in the barn - sorting the hay bales with the help of Andy. It was hard work and we were both starting to get really tired. "Hey", said Andy. "Don't tell anyone but I'm off up to the top for a quick nap. You look out for Pete for me, will you?". "Sure" I said, as I sat down for a rest of my own.

Minutes later, and to my surprise, Pete's wife Sarah walked into the stable asking for Andy. She looked at me with a startle, expecting to see Andy. "Who are you" she asked with a voice combining authority and a sense of intrigue. "Becky" I replied, almost shaking with fear that I'd been caught having a break. Sarah looked me up and down, in my tight jeans and now dirty white T-shirt, and clearly liking what she saw. "You're filthy, girl" she said, trying to wipe the mud from my t-shirt. I was sure she'd have noticed that I wasn't wearing a bra that day. She brushed my shirt some more and I felt my nipples starting to get erect underneath my tight shirt. Sarah had seen it too and her eyes lit up.

Before I knew it, she was kissing my lips. Oh my god - my boss's wife was seducing me in his own barn. What should I do? My body tried to resist but my mind kept thinking of the sight of her breasts bouncing whilst she rode the horse. I let myself succumb to her kisses and strokes.

Her hand lifted my t-shirt to expose my small breasts to the air. Immediately, she lowered her head and I felt her teeth nibble at my erect little nipple, teasing me with the most delicious combination of pleasure and pain. I now started to feel her body, stroking her firm legs beneath the smooth layer of fabric in her jodhpurs. At that point, she turned me around so she was behind me, cupping my breasts and nibbling at my ear. She unbuttoned my jeans and pulled them down my legs, pausing as she lowered herself to kiss and lick my bum. Without hesitation, I bent forward, pushing my bum into her face so she could taste my soft skin. As she lowered my pants, I realised how much I was exposed and hoped that no one could see what we were doing, but that concern quickly melted away as I felt Sarah's warm tongue caressing my bum and my tight little pussy. Jesus, this woman was taking control of me as skillfully as she'd controlled the horse and, like the horse, I knew there was nothing I could do to stop her.

My mind was spinning with the pleasure I was feeling but I knew that what I needed now more than anything was to see and feel her lovely breasts. So, with all the bravery I could muster, I stood up and turned around to face Sarah. Her tight boobs were spilling out of her blouse, making it easy for me to undo a few buttons and expose them in a beautiful silky bra. Sarah knew what I wanted and she obliged by removing her bra to present me with the most beautiful, large and firm breasts. Her nipples were large and dark, and were already erect when I finally put one into my mouth. I'd never before sucked the breasts of a lady of her age and I could tell that they were made larger by the c***dren she had had with Pete. Suddenly, my mouth was filled with the sweetest taste I'd ever enjoyed. Surprised, I took her nipple out of my mouth and saw a tiny drop of her milk, straining to drip onto the hay below us.

"My dear" she said, "do you like the taste of my milk?". My god! This was way beyond anything I'd experienced before. My head told me that it was so wrong to taste a woman's milk, but another part of me had really enjoyed such an intimate thing that normally is only for women and their babies.

My lust refocused now on Sarah, who had lowered her jodhpurs to show me her hairy pussy. Through the hairs, I could see her clit poking out like it was begging me to suck it. Sarah lay back on the hay bales and opened her legs to expose a most beautiful pussy, already wet and waiting for me to taste it.

Within minutes, Sarah was moaning as my tongue darted in and out of her pussy. I could smell the leather of her saddle, mingling into the delicious smell of her pussy, bringing even better sensations as I flicked at my own clit. Sarah's loud orgasm rung around the barn as her body quivered and shook. Soon after, my fingers gave me my orgasm and the two of us lay in the hay, panting as our bodies recovered from what had just happened.