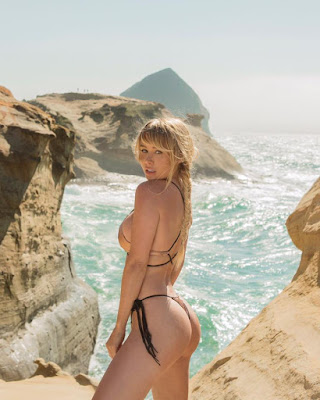 When I woke up I decided it should be time for me to go to school today. I was told it is a very special school so I decided to wear my special uniform. First of all I took a shower and trimed the hair on my body. I made special care to shave my anus man vagina. When I was done I've put some lotion on a small tampon and put it in my vagina for it was a day for menstruation.


After that came the miniature thongs, a short black schoolgirl skirt, my bra, a white shirt, and my favourite black and white stripped thigh high socks. I wasn't light on makeup either - I decided for a more emoish look today. Finally I wore my Dr.Marten's. I had to look my best on the first day of school!

When I arrived I tried to look for a girl that could help me, but each one of them just tried to avoid me. They also looked all the same in their same uniforms. I found that strange. Finally a girl quietly told me that we will have our first class in the gym and then moved away from me. I was so thrilled because I really love sports that I forgot the fact everyone was avoiding me.(XXX Stories)

We got in the gym and there was a strict looking female teacher there. The very first moment she saw me she started yelling. At first I did not understand but then I realised she is telling us to stand in a line and that I should step out. I thought this was some funny initiation but when the slap hit me I realised this is not a joke.

I started crying but the professor told me to stop as I'll get more. When I stopped sobbing she asked me what kind of clothes is this and how did I dare to break the school's rules. I tried to say that I wasn't aware of the rules as this was my first day but then she slapped me again. I tried not to cry as I was standing there. All the other girls were completely quiet.

I was then ordered to take off the stockings, shirt, and the "hideously short" skirt. I slowly started taking them off and I started shaking - my penis will hopefully be very small and nobody will notice I'm not really a girl!

I started with the shirt. When it came off the strict teacher took a closer look at my "boobs" and noticed the socks in the bra. Another slap came and the bra was torn off me. She yelled at me that I shouldn't be ashamed of my body and that fake tits are same to lies. I was ordered to continue.

I tried to hide my penis between my legs as I took of the skirt. By some strange luck it was small enough and nobody noticed it. Or so I thought. When I wanted to take off my socks the teacher did notice something's wrong and she ordered me to stop. My thongs were really small and my balls peeked out of them. At first my teacher did not know what to say and then she literaly ripped the thongs off me and they tore. And so I stood there naked, only in my thigh high black and white stripped socks, trying to hide my penis with my hands.

I was ordered to raise my hands to my head and turn around. When I reluctantly did so all the girls began to laugh. I was really ashamed. Then I remembered the tampon string that was hanging out of my man vagina. It was only a moment before I heard the gasp of the teacher. She ordered me to turn my back to the girls and bend over. I did so and she came closer and stretched my butts to see if that's really what she thought it is. The girls were laughing real hard by this time.

The teacher told me to stay this way and marched out of the gym. I stood there bent over for a few minutes when she came back with two more female teachers. They came closer, saw me naked, and went out of the gym. After ten minutes of waiting I was getting tired of this pose so I stood up - just as the teachers entered the gym again. I was yelled at and slapped and f***ed to bend over again. I was afraid of what was coming.

First one of the teachers pulled out the tampon. She was careful not to hurt me but it still hurt a bit. When she saw the dirty tampon she told me that they decided to punish me for what I did, but first they will have to clean me up, since I have a period. The other teachers went out and brought in two buckets and a long hose. They applied something to the hose and told me to bend over and lean to the wall. I obeyed and then they pushed the hose in my vagina. They pushed at least a foot in length when they started pouring water into it.

They poured and poured until I thought my tummy will explode. Then they took out the hose and brought me an emtpy bucket. I was told to expell into it. The bucket wasn't very large so some of the water missed it and got on the floor. The teachers told me I will have to clean that but they will clean me once more. This time they poured even more water in me and it took me more than 10 minutes to expell it all. The whole thing somehow started turning me on.

The teachers gave me my beautiful skirt and I had to clean all the mess with it. It was stinky and my skirt was completely ruined. The erection was quickly over as I had to do the dirty business. When I was done I was ordered to stand naked with only my socks on into the line. Then the teacher said whe wanted to show pregnancy exercises to the girls and will do so with me taking part.

We all had to sit in a circle and pretend we're pregnant and giving birth. This turned me on and I got a huge erection. When the teacher saw this she got really angry and told me if I'm so happy being a girl she will show me how it really feels.

She was reluctant for a moment but then she did it. I doubt she ever did that before as it hurt me. She moved in and out, in and out, and was ordered to go deeper. This was hurting me so the erection went away. I thought my torture is done but it seemed like the teacher had more on her mind.

When they were done they got me up on my feet and marched me somewhere. I was still blindfolded but I knew we're outside as I felt the sun on my naked skin. I still had my striped socks on but I was sure they were torn in at least 3 places. They stopped me and f***ed me to bend over. I realised they have put me into some stockades. When they locked them I slighly panicked as I heard them moving away as their laughter slowly faded.

I did not know where I was and who could see me. Soon I heard a chuckle and the sound of someone hitting a ball. When I heard boy voices I knew they have left me near the boys' school! Then there was a yell as one of them saw me. They all came closer and were wondering why was I there in female socks and all naked. Then I heard the voice of the teacher who told them that I wanted to be a girl and they should make me one.

As the sound of her steps faded away someone grabed my ass. After some touching my mouth was open and someone put his penis into it. Soon a second one followed and a third one. They all wanted to be pleased. I wasn't surprised when someone decided to fuck my in my man vagina. At least 3 of them exchanged and cummed in my ass. I felt the sperm dripping out of it. Several of them also cummed on my face, and others did it all over my body. All in all I was drenched in at least a dozen boys' cum. They left.

After some time I heard the voice of that strict female teacher again. She said only that she hopes I will learn my lesson and that there will be 20 strokes and that I shall count. I wasn't sure what was she talking about until the first hit of a cane came. In the end there were 24 strokes because I missed to count a few. I was crying and my bottom was burning. She released from the stockade and removed the blindfold.

I was told that a boy will e****t me home as she doesn't want someone to m***** me. I didn't quite understand what she was talking about until I realised I will have to walk home naked. The humilation did not end there. I was put on a leash.

I was a whore and I went to sl**p like that.