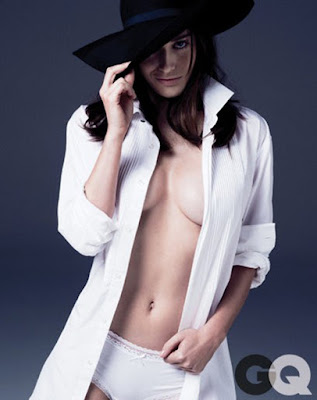 The other day I was in the park with my friends, doing our routine exercises. Since I was with a couple, I figured after we got limbered up and ran around a bit they'd want to get some time alone elsewhere, so I wandered down to the restroom while they snuck off to tug at each other in the forest.


The girls room was out of order. Being the adventurous spirit I am, I decided to risk the boys bathroom to see what sort of naughty things might be written on the walls, maybe flick my bean.

The whole place was sticky, and smelled like dick. My pussy immediately flared out its lips and started leaking into my panties. I chose the middle stall and went in.

I had certainly heard of gloryholes before, but I had never encountered one until that day. They were holes about seven inches around, with duct tape along the sides. I wiped off the toilet, and pissed as I read the things on the wall. Obviously a lot of men used this stall to get sucked on by what I presumed to be other guys at the time. I steadly rubbed my button thinking about that, guys putting their dicks through a hole to get sucked, squeezing my thighs together for maximum effect.(Sex Stories)

The smell, the sticky floor, the condom machine littered with graffiti, all sent me over the edge. I had a small trembler of an orgasm just as the door to the bathroom banged open and three boys walked in, their voices echoing off the tiles. They laughed and stopped when they saw my feet under the stall. I had my panties and workout shorts around my ankles at that point, my Converse kicked off and my Buddy Holly glasses on the toilet paper dispenser next to mine. I kept jerking on my snatch, squishing fingers into me as they peeked first through the stall edges, then opened the stalls on either side of me.

While one bent down to look on one side, the other guy whipped out his dick (sorta flaccid but getting more erect by the second) and pissed in the toilet.

I lifted my hips off the toilet, and grunted to the glorious sight of two pretty well endowed young bucks stroking their organs on either side of me. One finally worked up a hard on and stuck it through the hole. I immediately started sucking it, nibbling the cockhead and licking the slit. He tasted like he'd been running around all day, and the strong odor of his sweaty cock and balls overcame my senses. I reached over and started stroking the other guy, then decided to go full out. Cock still in mouth on one side, I backed my ass up to the other. There was just enough room in the stall to bend over and position his plum-sized cockhead against my dripping slit. I rubbed it all around the lips and them humped back against him as he thrust into the stall hard. The cock in my mouth shot its load in my mouth relatively quickly, and it was tart creamy. I pulled it out of my mouth with a plop and he shot two more globs on my double a titties.

The guy in my cunt groaned soon after that, and I thrust back to meet him. He shot into me, then pulled out halfway finished and came on my ass, still humping at the air.

The boys trundled out of there and got their friend, whose shadow sauntered in and rattled at the stall.

Just then I was kind of scared. He had black feet, and I'd never been with a black guy before. Sure, I'd frigged myself to them fucking white chicks for years, and I love how the girls look so shocked as that huge black meat pounds them.

He didn't even close the stall door. Bracing on leg on the toilet paper dispenser (effectively knocking my glasses to the floor), he slowly slid that monster up my soaked pussy, and ever inch I reached back, scrambling, to tug on his nuts, grab his ass, hump back, because it felt like it wasn't entirely in.

Halfway his cock started twitching, and I gasped, burying him to the root. It was so thick his shaft was rubbing on my clit and it was soooo goooood. I came on him squealing, just as his friends both pushed in and said people were coming up to use the bathroom.

Their friend wouldn't pull out of me, instead picking me up (I'm skinny and small) and sitting on the toilet still inside me.

Two older men came in, one using the urinal and the other coming in the stall on our right.

He'd not noticed the hole at first, pulling his smaller cock out as I bit the back of my hand not trying to scream. The monster was buried in me to the root. I could feel that twitching head on my cervix. I gasped as it went in another inch. How was that possible?

He hissed in my ear, his hand all slimy on my front, snaking down to my clit, and I picked up the pace humping him. The older man's friend now had his dick, a veiny thicker one, stuck through the hole. I latched onto it, grasping the shaft and corckscrewing up and down, moaning onto him.

As that nasty big black cock started pumping me full of thick spunk, the veiny cock pulsated on my tongue. I started coming as it twitched on my tonsils in time with the rapidly thrusting cock in my pussy, and finger on my clit, up my ass.

They knew how to fuck a girl good.

I sat on my friend Lisa's face while her boyfriend fucked her.