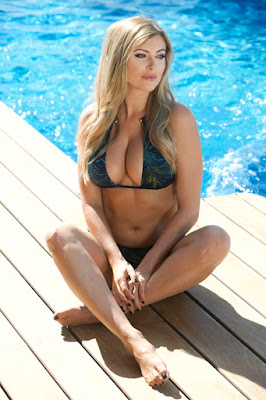 I put my fishing poles into my truck and walked back into the house to kiss my wife goodbye for the weekend. It was a friday afternoon and the k**s were at the neighbors house. As I walked up the stairs, my wife stood at the top. She stared at me as I reached the top, then she winked. I simply said, "I know what this means" and smiled. She reached for my hand and pulled me into the bedroom. She quickly locked the door behind us. She held me close and grabbed at my crotch. She whispered into my ear and said, "I just need something to keep me satisfied until you return." She reached into my shorts and squeezed my cock. Then she undid the button and zipper and pulled them down. My dick sprang up into the air. She knelt down and quickly shoved it into her mouth. She reached up and around me and with each hand on a butt cheek she pulled me deep into her throat. As she gagged, she pulled my dick from her mouth and said," give me some dick."

I pulled my dick out until the head was the only part left and then entered her fully. I continued fucking her and felt myself getting close. She said she could't take anymore, but I knew she could. She tried to collapse onto the rug but I held her up. I saw her wipe a tear from her eye. It is my wife's tell tale sign that she had climaxed. I however had not cum yet. I rolled her over on her back shoved my dick into her pussy. I leaned down and kissed and sucked on her nipples. She had her eyes closed and made some crazy looking faces. I fucked her faster and finally felt the rush of cum shoot into her pussy. I shoved in deep and emptied completely inside her. She took some deep breaths and kissed me on the lips. I helped her up and laid her on the bed. She said she was going to lay there a bit then told me to drive carefully. I also wanted to take a nap but didn't want to miss the fishing trip. I cleaned myself off and headed out of the door. I waved to the k**s as they jumped into the neighbors swimming pool.

I knocked on the neighbors front door and asked Rick's wife if he was ready for our fishing trip. She excused herself and I could tell they had just finished saying their goodbye aswell. He walked towards the truck and and smiled. We drove for about three hours and finally reached the cabin. We had been neighbors for about six years and got along great. We had become the best of friends and occasionally rented the cabin at the lake. It was such a great get away. We checked in at the office and as he handed us the keys, the attendant told us that the cabins now had cable television. Rick and I both looked at each other and said, "who's going to watch t.v.?" We unloaded the fishing equipment and popped open a few beers. Rick turned on the television to check the weather and noticed that we had a few rain showers for the tonight. That would be o.k. because we were both pretty tired.

As we drank a few more beers Ricked flipped thru the channels. To our surprise, there were boobies! We both laughed it off and just kept drinking. After a few more beers I layed down for a nap. I woke up an hour later to find Rick with his shorts around his ankles. I pretended to be asl**p and stared in amazement at the sight of Rick's huge dick. It was about eight and a half inches long and incredibly thick. He looked over at me a few times to see if he had gotten away with jerking his big dick without me knowing. I don't know why but I felt an erection coming on. Rick looked toward me and I knew he had noticed the bulge in my shorts. I couldn't hide it anymore and just sat up in the bed. Rick turned to the side and I could tell he was ashamed. I felt bad and sad, "dude it's no big deal." He must have mistaken my remark because he turned boldly and stood there with his dick staring me in the face. I couldn't take my site away from his dick. It was the biggest I had ever seen. Rick told me that it was only fair to see my dick since I had seen his.

I started to breath heavy then I stood up. I flashed him quickly. Rick just laughed and pulled his shorts up. We sat there quietly and watched some more porn. After a while I boldly told him that he should have just finished himself off. He noticed my hand was on my crotch and said that maybe we both should finish off. Rick was not a bad looking guy and when he started to take his shirt off I took a hard swallow. We sat there staring at each other for a few seconds, then hewalked toward me. I didn't know what to do. We were right infront of each other and his nipples attracted my attention. They were hard and pointy. He reached for me and helped me remove my shirt. He put his hands on my shorts to undo the button and zip them off. He said he had never done anything like this before. It was probably the sexiest thing I had ever felt in my life. I said that i too had never done anything of the sort. My shorts hit the floor and I stood there completely naked infront of my best friend. He reached for me and grabbed me by the back of the neck. I gave into his demand and easily took a step toward him.