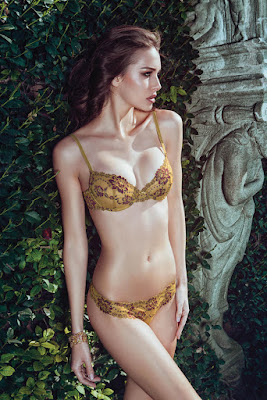 "Damn it," I said aloud, breaking a long silence.
I had been entranced in a jerk-off session in my car. On a seven-hour drive toward Bozeman, I needed a little relief because of a hard-on I had developed over the previous half-hour. Going through a town of probably a thousand people, I found a city park and pulled into what I thought was a quiet corner.

Just as I was closing in on climax – yes, I was now blowing a guy in my mind – I was brought back to reality by a tap on the passenger side window. That's when I broke my silence with the sudden fear that I was going to be dragged off to jail in some small Montana town.(Adult Stories)

"Excuse me, do you need any help?" called out a woman who appeared to be in her mid-30s.

My windows are tinted and I quickly covered myself with a map that had been sitting in the passenger seat. From the way she greeted me, it appeared that she actually didn't see me jerking off.

I nodded to her that I was indeed fine and she took that as some sort of invitation to walk around to my side of the car. I looked down to make sure the map was covering me up OK and rolled down the window so we could chat for a second.

"I was sitting over there having lunch and noticed you slumped down in your seat. I was afraid you had a heart attack or something," the woman said.

"No, I'm just fine. I've been driving for several hours and was just resting my eyes for a few minutes."
"Good, I'm glad your OK ... I'll leave you alone."

As the woman walked away from my vehicle, my heart skipped a beat. She had the most beautiful, long black hair that reached a very nice ass. My cock had been frightened by the interruption but it stirred a bit as I got a better look at this gal.

I pulled up my pants and decided to get some fresh air and take a piss. As I walked toward a public restroom, I passed by the woman and smiled. After relieving myself, I took in the sunshine for a moment before she again interrupted me.

This time, I didn't mind.
"I have a foot-long sandwich here, would you like to sit down and join me?" she asked.
She must've studied me for a few minutes and decided that I looked safe. Was she just being nice? Was she trying to pick me up?
"Sure, why not? My stomach's grumbling a little."

The real reason I sat down with her was simply to make conversation with what was becoming the object of my desire. You see, I just go nuts for women with long, black hair – the longer the better. I don't know how I developed such a desire but I think it first came up years ago when I was a c***d.

My mom was a babysitter and one of the k**s she watched – Lisa – had long black hair. One evening, we were playing out in the backyard and I asked her if I could touch her hair. A few minutes later, I had talked her into allowing me to put my head behind hers with her hair cascading down my own back. It felt pretty cool and for a moment, it was as if I had the long hair myself. I know, strange, but it felt nice.

Through adulthood, I've always been attracted to women with long, black hair. The women with really long hair could do whatever they want with me. I'd do anything to be with them. This chick had the longest hair I had seen in a couple of years, so you could imagine just how nervous I was as I sat down at the picnic table.

"Here you go," Sheila said with a smile, flipping her hair back and out of the way so she could continue eating.
We followed up with polite conversation and I reluctantly started to say good-bye.
"Wait ... you seem pretty nice and I think you're very handsome. ... Would you like to see my art collection?"

Again, my heart skipped a beat. Of course, I translated her statement as "would you like to come back to my place and pound me?"
I left the car parked where it was and we walked the two blocks to her house – a small, one-bedroom.

Seconds after I got in the door, Sheila attacked me. She pushed me down on a couch and jumped into my lap – and yes, that beautiful hair covered my face. My cock grew to full erection in a matter of seconds.

"I bet you really need to come ... especially since I interrupted you in your car," she said with a wink.
Jesus, she knew I had been jerking off.

"Fuck me from behind," she said while pulling off her clothes.
We moved into the bedroom and I noticed some men's items lying around.
"Are you married?"

"Yes, he's works in the mine. He won't be home for a few more hours."
I wasn't one to fool around with another man's woman but I was beyond the point of no return. But it quickened my approach. Maybe I should finish her off and get the hell out of there.

We changed positions a few times and I finally came very hard with her on top. Her hair brushing my chest and in my face was too much.

She didn't say anything; I think she was a little stunned. But she relaxed her body a little and situated a pillow under her ass.

"Honey, are you OK?" I heard a man call out as the front door shut.
Holy shit, I was dead. Some he-man miner type was going to find me with his wife and kick the shit out of me, maybe even shoot me dead.

"Ah, brought another one home, eh?" he said after walking in on us. "Please, continue. I like to watch."

Unable to move for a few seconds, I had to process what was happening. Her husband took a seat in the corner of the room and pulled down his pants. Out sprang a nice looking cock that seemed unusually thick to me.

"Hell yes, if you want to go down on me, by all means, take my load," he blurted out.
These folks certainly weren't shy and got right to the point.
"C'mon over here, sweetie, I'll get you hard for him."

"Come over here and help me," Sheila said. "Doesn't he have a great cock?"
I didn't answer verbally but man, he really did. It was huge and thick. I couldn't wait to wrap my lips around that. We blew him at the same time for a while but after a few minutes, Sheila just sat back and took in the show.

I never did notice any art collection.

I got back in the car and continued on my journey. I couldn't help but think about the adventure I had just enjoyed – a scene that I thought would only be realized in a fantasy. Of course, my hard-on returned only 30 miles down the road.