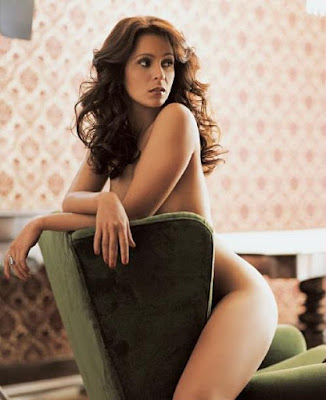 Having arrived home from a long day at work, i was greeted by my neighbour Liz.

Let me decribe Liz, she is probably 5'4, of medium build, 51 yrs old, long blonde hair, and quite possibly the most amazing pair of (what i later found out to be) 36dd breasts.

I have had a bit of a thing for her for ages, ever since the day i got an accidental glimpse of her very large breasts, when she was putting a rubbish bag in her dustbin one morning, and her dressing gown wasn't tied, which gave me an uninterrupted view as it slipped open.


She had somehow managed to lock herself out of her kitchen.
The door handle had simply come off in her hand.
And seeing as maintenance was what i did for a living, i guess i was the obvious choice to ask to help out.

I said i would pop round once i had showered and had some dinner with my wife.

About an hour and a half later i went round and knocked the door, and i was greeted with quite a wonderful sight.

Gone was the dowdy work uniform, and in its place, a low cut top, and fairly short, maybe 3" above the knee, black skirt.(Adult Stories)

I could also smell the hint of wine on her breath, and as i knew she liked her wine, gathered she had probably had 2 or 3 glasses already.

Anyway, i set about getting the kitchen door sorted, and after about 10 minutes, i managed to prise it open.
She needed a new handle, which i had on my van anyway, so popped out to get it and came back in, to find an ice cold beer on the table waiting for me.

She was sat at her table, tapping away on her laptop as i messed about with the door, and she laughed.
I asked what was funny, and she replied with, "I am chatting to your wife on msn, and she just asked me how your getting on, so i said you were hard at it"!!!

I jokingly turned round and said "Well your right about the hard bit", and looked down at her top, which was barely concealing her heaving chest underneath, and gave her a cheeky smile, to which she looked down, looked at me and smiled back.

By now i was somewhat distracted, and the raging hardon in my jeans wasn't helping matters.

So i downed tools and went over to see what they were typing to each other.

I was leaning on her chairm stood half behind her her, as she tapped away to my wife, telling her what a lucky woman she was to have such a handyman as a husband.

All the time, i was looking directly down her top, my cock getting harder by the minute.

My wife then typed "Can you ask him how long he will be, as there is a programme on tv soon that i will want to watch, but i know he wont, so if he is going to be long i will watch it".

She then turned to me and said, "So, how long are you going to be, will you be done in a few minutes, or will it take a while to fix this", to which she looked down at my bulging jeans with a very naughty smile.

I told her to tell her i am going to have to make some modifications to the new handle to fit, so could be a while, and she then typed that reply to my wife.

I went back to the kitchen handle, 3 quick screws either side and it was done.

I grabbed my beer and went back to watch her typing to my wife, and stood close enough to Liz to be actually making contact, she then moved her head from side to side, complaining of an aching neck, which i attributed to too much time sat at the computer screen.

"Well i do offer a neck massaging service, which is all part of the job, if you like, but just don't go typing to my wife that i am rubbing your neck as you chat".

She smiled and said "Ok, i am good at keeping secrets".

So i stood behind her, rubbing her neck, softly, and then a bit harder, to which she let out the odd moan here and there.

My cock was at bursting point as she moved her hair to the side to give better access to her shoulders, and also a better line of view straight down her top.

I started to get a bit bolder, and would run my hands over her shoulders, and very slightly down her front, just below her neck, to see if i would get a reaction.

She didn't stop me, but she had did stop typing, and put her head back, resting against my stomach, as i slowly moved my hands lower.

Just light circles, but then lower, to the tops of her breasts, rubbing a bit harder, her breathing became laboured, and was getting heavier, as i very slowly pushed my hands inside her top, and then back out.

Having had no degree of protest, i figured it was all or nothing, so pushed my hands back down, inside her top and right the way down over her bra encased breasts.

I could feel her nipples harden as my hands stroked her breasts harder, lifting them slightly with each movement.

It was at this point i slipped my hands inside her bra, and felt her warm, soft fleshy breasts for the first time. Her nipples were hard and quite long, and each time i pulled them a gasp would escape from her mouth.

The msn on her laptop then beeped, another message from my wife "Have you got this programme on the telly Liz, its quite good, you might like it".

To which she replied, "No i haven't, i am having too much fun watching your hubby get annoyed with my kitchen door handle".

As she laughed and continued to type, i moved round to her side, and unzipped my jeans, putting my hand inside, i pulled out my very hard cock, and started to stroke it as she went from typing, to watching me, and then back to typing.

As she sent the message, she then turned, bent her head down and took the head of my cock between her lips, sucking softly as she looked into my eyes, "mmmmm i have wanted to do this ever since i moved in here, but never thought you would be up for it".

I then told her about the day i saw her breasts by the bin outside, to which she replied, "I knew you were stood there, that's why i left the tie for the robe indoors, so i knew you would see, i saw you from my bedroom window before i came out".

Her head then moved faster, taking me deeper and deeper into her mouth, until my whole 7" was inside, and she was one very experienced lady, she would go up and down, twisting my cock with her hand on each up stroke, stabbing the pee hole with her tongue, and then working back down, deep throating me like a pro.

I reached into her top, as i had to see these amazing breasts in the flesh and pulled them out, it literally took two hands to cover each one, they are that big, and oh my god how perfect they were.

She placed my cock between them, pulling me by my ass, so my cock would slide up and down, spitting between her breasts, to make it slippery, and on each thrust, her tongue would flick the end of my cock.

She started to get up, and then typed a quick message to my wife, "be right back, got my bl**dy boss on the phone", to which my wife replied "ok, i am getting into this programme so no worries".

We walked through the lounge and into the hallway, and as she walked the first few steps, i grabbed her from behind, and roughly lifted her skirt up.
I was pleasantly surprised to find she had no knickers on, and bent down to run my tongue between her pussy, every now and then flicking her tight asshole, which she seemed to enjoy.

I then stood up, and rubbed my cock between her moist pussy lips, and gently pushed myself deep inside her.
She let out a loud moan as i slowly gathered pace, fucking her harder and faster, reaching round to cup her amazing breasts.

I then pulled out, to which cried out "No, dont stop, put that cock back in me".

I told her to go to the bedroom, and she ran up the stairs, as did i behind her.

I removed my clothes and laid on the bed, watching her as she undressed, smiling as she climbed on the bed, positioning her self on top of me, and gripping my cock before sliding all the way down.

After another 20 minutes or so of kissing and me licking her pussy we both decided i should go before it got a bit suspect.

And i am glad to report this was the first of many such occasions.