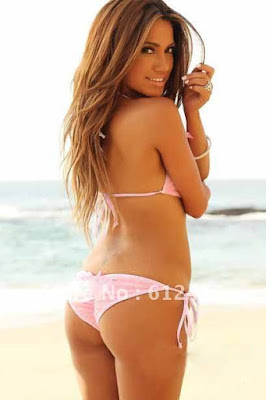 Steph went to the spa to cash in her 45 minute full body massage one of her friends gave her for her birthday a few months ago. As well as the massage it gave her use of ‘other facilities’ as the receptionist said, after enquiring about these it was use of the pool, sauna, and gym. She met the lady masseuse who briefly told her what she does and how the session will go. She reassured her that lots of people fall asl**p during the massage as it is so relaxing. Steph got changed (well not exactly changed, more de-robed) and went into the massage room and followed the masseuses instructions. She started gently on the back and shoulders for a few minutes to loosen them and begin relaxation. Time was starting to blur for Steph as she had never had a massage before and all her tension was lifting away. The masseuse went on down the back and legs to the feet and back to her shoulders, which was making Steph go into a semi conscious dream like world, knowing what was going on but her mind full of wonderful images towards dreaming.


About 10 minutes in there was a knock at the door and the masseuse said excuse me and went to see who it was. Steph could not hear what was being said until the masseuse said “I am sorry I have to attend to an emergency, I will get one of the other masseuses to continue”. With Stephs skin tingling and muscles relaxing she started dreaming about a man she met a week back when out with friends. Nothing occurred that night but she liked him and was thinking about how hot he was. Another knock at the door and a male voice asked if she was Steph and he said he was here to finish the massage. Steph did not take too much notice, as long as it was as good as before that’s all that mattered. (Sex Stories)

Luckily he had soft gentle hands that caressed in a sensual comforting way. As her arms and neck were being massaged her dreams were getting somewhat more sensual also, you could even say steamy. She was dreaming that her hot man was living opposite her and from her bedroom window could see him working out at his home gym. Steph w loving his bulging almost fireman like muscle and his tight sweaty clothing was really turning her on, causing herself to become ‘sweaty’. In her bedroom she fumbled over to her draw to find a little tube of cooling sensation gel and put some of her fingers which promptly went to a place of serenity and deep fulfilled joy. The cool working wonders to heighten the effects.

Whether Steph realised it or not though, her dream was not entirely staying in her head. Her hand was downstairs while on the massage table. The masseuse took it as an itch or just a comfy position for her arm, and thought nothing more of it and continued the massage.

Back in Stephs dream it had moved on, she was out for a run on a nice sunny day with a slight breeze, during her usual route round the park and back. On the way out her hot man was out washing his car to which he noticed her running by in her running shorts and top which pleased him but not for long as she ran round the block.

After a good run she returned home to warm down on the drive, having a drink and wiping away the sweat. The hot man noticed that the runner he had seen was actually living opposite him and thought his luck was in and went over to introduce himself. “Hello there, I am Peter, how are you?” Steph was a bit startled but once she turned round and realised who it was she went a bit embarrassed, luckily she was already red faced from running so it did not show to him. “Hello Peter, I am well thanks, I am Steph by the way”. They got chatting, with Steph trying to take her eyes off him as not to appear more embarrassed. “Do you want to come inside for a drink?” Steph asked. Peter obliged. After some time chatting Steph said she needed to quickly shower and get out of this running gear and told Peter he could stay and watch television.

Back at the massage Steph was no longer feeling herself, and was starting to drift to a sl**py state. Her dream was becoming more real; she was showering and could hear footsteps on the landing. At first she was a little worried but figured it was Peter looking for something, she thought this could get intriguing. She heard him walk into her room where he stopped. Steph had a rush of excitement travel over her body and was very turned on, thinking what might happen, she turned the showerhead to downstairs with her fingers quickly following suit, to make her and Peter more turned on. Although Steph knew Peter was next door she did not realise he was watching her, to which he was duly pleasing himself also.

Peter rummaged through a couple of draws to find some tissues and found some other useful things along the way. Steph finished her shower, didn’t finish playing with herself and got out, at which point she noticed Peter pleasuring himself over her. They locked eye contact which to start with was kind of cold and shocked and unforgiving but Peter smiled as he was looking at Steph playing also and with the lack of shower screen and steam Steph was hiding nothing.

“You got a bit of an itch down there?” Peter Said. Steph said “Yeah, you?” “Sure thing” Peter replied” do you want to finish this itch off for me?” Peter said. Steph didn’t know what to do; she was standing naked in amazement and nervously went to itch. Incredibly turned on she let her magic play out and Peter was in ecstasy in no time at all. “You sure know how to please a man Steph don’t you, now get comfy on that bed while I go clean up” Peter said. A few moments later Peter started kissing her foot and slowly working up kissing her leg, straight up past her body and onto a pair of soft sweet lips for a long romantic sensual exchange of passion. Peter started teasing her by running his fingers along her neck and body, looking to go further down but stopping at the waist. While Peter fingers were a the top of leg Steph couldn’t hold out the teasing any longer and called out “Please go a bit further down”.

At this point the masseuse asked “excuse me madam”, Steph replied as before and the masseuse said “but madam I cannot”, he was cut off by Steph saying “just do it please”. The masseuse put his hand a bit further down and Steph started moaning and directing some more. His hands were on her shorts and Steph was loving it, “just there, yes” she moaned. The masseuse could not believe what was going on, perhaps dreaming himself. He quickly locked the door as Steph started saying “put them inside”. The masseuse gently took her shorts and pants off and put two fingers into a very warm, wet, pulsating heaven. Steph was now in awe and loving the fact that Peter was so skilled with his fingers!

Peter asked “you want some of what you handled earlier?” and Steph bellowed a yes, which startled the masseuse who asked if she was alright, but he got no response back. Steph asked Peter to go to her handbag, small pocket, you’ll see. And in saying this out aloud too the masseuse got one out also, now realising what she wanted. Steph put it on Peter while tickling his balls but the masseuse got no such luxury. As the masseuse started to enter she started to wake up, enough to realise what was happening but because her dream felt so real she thought it was continuing and out her arms round the masseuse thinking he was Peter, and helped him ride her gently to start with, going a bit quicker after a while.

Both moaning and throbbing, the masseuse said he could not go much longer to which said Steph kicked t up a gear so she could get as much out of it as possible. He came with quite a ferociousness that Steph had never felt before and it made her come in an immense joy. They just laid there for a few minutes reviling in the moment and feeling so contempt. The masseuse then looked at his watch and said “that’s good timing”, Steph woke some more and asked why, “cause your session has finished” the masseuse said. “Session” wondered Steph, “What session?” “Your massage madam” replied the masseuse.

Steph suddenly realised what had just happened and turned bright red and really embarrassed, she couldn’t say anything to the masseuse, he smiled at her and asked her how it was, to which Steph replied “stunning, best massage I have ever had.”

On her way home Steph couldn’t quite figure out if she really did do the masseuse or not, if it was just all a dream that seemed very real, cause after all the masseuse could have just done the massage and Steph thinking vividly that everything else happened!