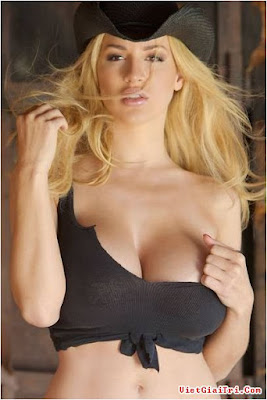 I turned and slowly struck a pose in profile while Dede panned around my long hard on. "Have any of you seen Hammer Man?"

"Oh well," I sighed. "Do you suppose while we wait one of you could, (dramatic pause) Fuck me up my ass?"


It was hard to believe that this was the same place I was in several weeks ago. Gone was all the casual joking, and the laid back atmosphere. It was replaced with all kinds of tension and a strictly business attitude.

The only ones who were relaxed were my three she male costars. We were all watching all the preparations from the group dressing room. Nick ,Dennis and the three woman Dede,Jackie and Bella were all working on the set blocking out every scene they were going to shoot. As it turned out all three grrls, Zaza, Francesca, and Nikki could speak English fairly well.

"Can you believe this shit?" I whispered. "And to think we got four cocks on the set and only one gets a money shot. That's just so lame."(Sex Stories)

I glanced at my three costars and added. "I'd suck all of you so good.
You'd all be in a circle while I rubbed two of you and swallowed the third."

That made everyone giggle especially Francesca.

The three she males were already totally naked. Their sweet hard-ons looked very tasty just begging to be sucked.

I, on the other hand was wearing bright green bikini underwear. The bra hid my fake breasts while my panties were turned to really make my boner stand out. That was a little trick Dennis showed me. (That cute rascal)

Of course the source of all the tension in the studio was in the room next door. Gay sex super stud Hammer Man was getting ready in his exclusive dressing room. Every now and then we'd hear a muffled voice angrily talking to someone. Either that or we could hear what sounded like someone grunting.

"That's Hammer warming up," explained Zaza. She was the only one in our group who had worked with Hammer before.

"Warming up?" I repeated. "What's he do lift weights with his cock?"

Then everyone had fun while I pantomimed someone pumping a dumbbell with their penis. What made it funnier was all the grunting noises I made to go with it.

Zaza smiled and listened through the wall. "He lifts weights before he goes on to look all pumped."

"Are you four all set?" asked Bella sticking her head in the dressing room. "We're almost ready for Zaza.

We had a copy of the tune loaded up on a boom box. It gave me a chance to show Zaza a few moves s/he could try on the set. The three of us were cheering Zaza on while she practiced.

"Work it baby! Work it! Shake it baby Shake that big lady stick!"

That brought Nick in to yell at us. He started screaming at Zaza in Turkish. Whatever he said it wasn't too nice. It made Zaza cry.

"Bitch!" I muttered once he left.

"It's alright." replied Zaza wiping hir eyes. "He said Hammer was bitching about us being a bunch of fucking brat whores."

"Za, it's time," called Bella sticking her head in again.

And with that Bella lead Zaza to hir place on the set while the remaining three of us watched from the dressing room.

I was mentally drooling over Za's great looking ass. The best thing about my sexy three she male costars was how they were all better looking in person than in their pictures. Za's skin was a pretty shade of white. Hir bright auburn hair really made hir hazel eyes sparkle.

Best of all was hir big stiff erection. I'd rub swords with hir any day. (Ugh! Ugh! ugh!)

While s/he was dancing Nikki strolled on the set. As soon as Zaza saw hir s/he got on hir knees and sucked Nikki's boner.

Nikki was a little petite ebony firecracker. With hir pretty face you know s/he must give great head! And as for hir monster cock I could do a whole movie just working that chocolate stick until hir hot whipped cream gushed onto my face!

But no. We have to do things Hammer's way. But like Dede said last time, I'm new here.

The skinny kathoey from Thailand, Francesca was next. S/he had dark bronze skin and long black hair with just the right touch of cute bangs on hir forehead. I, so, so,SO,wanted to grab 'Cessa's skinny legs and do the
wishbone up hir ass pussy. I'd fuck hir until I was ready to blow and then shoot all over hir bee sting size titties.

Sad to say, there wouldn't be much fucking on the set today either. Just a brief warm up before "Our fuck star" makes his big ass entrance.

As soon as the other T'gals saw Francesca they stopped what they were doing and stood up. Zaza was going to fuck Francesca in hir ass pussy while Nikki got blown by Francesca up front. I kept thinking "Who needs Hammer Man with this hot action going on?"

Bella was waving me onto the set. We actually got to say some real dialogue.

(Be still my fucking heart!)

I turned and slowly struck a pose in profile while Dede panned around my long hard on. "Have any of you seen Hammer Man?"

"We're waiting for him too." added Zaza.

"Oh well," I sighed. "Do you suppose while we wait one of you could, (dramatic pause) Fuck me up my ass?"

And with that Nikki turned while I got on my hands and knees. Hir cock felt so good going up my love hole. Meanwhile Zaza resumed fucking the livin shit outta Francesca. We were going at for a good two minutes when I noticed a familiar cock hanging in front of me.

Some people never forget a face. I never forget a penis. There's the curve of the erection the pattern on the gans head, and how the skin tone changes up the shaft. Every pecker is unique. This one looked very familiar.

Hammer Man took a step back. "Is that you little soldier? You've gone trannie on me!