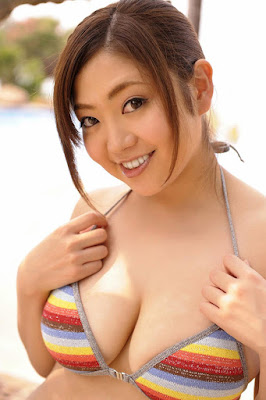 I became a single father when my daughter was only eleven years old. Her mother died from complications with breast cancer. I was heart broken to say the least and I was even more scared dealing with the idea of raising a teenage daughter. During those trying years, there were plenty of times that my police academy training left me ill prepared for the challenges that I faced at home.

One of her partners in crime was this hot little thing named Sandra. Sandra was extremely well built for a nineteen year old. She had a slender set of legs that ended at a cute rounded ass. There were times I caught myself using her as my fantasy girl while I masturbated at night. I know Kayla caught me a few times when she would sneak into the house by my room and heard me moaning. I started locking my door afterwards and Kayla would sneak right by my door more and more.

After one of these nights, I was listening at the door and heard footsteps. Then I opened the door and was surprised to find Sandra sneaking in instead of Kayla. Sandra stood there like a deer caught in the headlights. I had a chance to glance at her outfit. The first thing I noticed was that she wore fishnet black stockings. Her dress was really short, so short one could see the top of her stockings. It was one of those one piece dresses that were mesh material, kind of like the type you put your dirty gym clothes in. I also noticed her hair was up in a ponytail. She was so fucking hot at that moment. I succumbed to my own weaknesses.

"Where is Kayla?" I yelled. She stood there shaking as she turned to me. As she turned, I saw her nipples through the mesh of her dress. I could see the areolas clearly. She started to sob in front of me as she looked down at the floor. The look was too much. I told her to come into my room. She walked over to my bed and sat down. As she sat, I noticed her dress rise a bit and show off her naked pussy. I caught a glimpse of how shaven it was. She was a fucking wet dream waiting to happen.

I looked into her eyes again and asked my question with a little more control. This time, she cleared her eyes a bit and looked into mine before telling me she didn't know. She began to relate to me the deal they made a while ago that while my not so innocent Kayla went out on her conquests, Sandra would pretend to be her and sneak into her room where she would hide out until I fell asl**p to allow Kayla to enter. I was in shock. I never expected my nineteen year old to be a total slut. Part of me wondered what her mother would have thought. Unfortunately, the part of me looking down on my hostage kept driving me to do something wrong. It was something that if done incorrectly would lead my ass to jail.

I allowed my hands to go to my sides as I calmly walked over to my uniform in the corner of the room and retrieved my handcuffs. Sandra looked at me in horror as I twirled them in my hand. It was then my Dom voice decided to surface. I hadn't used it in years since before Kayla's mother became my wife. As I neared my daughter's accomplice, I could see her eyes scanning me up and down. I was wearing a bath robe over my boxers to hide the excitement I was feeling at that moment. As I edged closer, Sandra looked at me.

"You are not going to arrest me. I'm Kayla's best friend," she replied almost snottingly. I quietly went behind her and began to whisper in her ear how much of a bad girl she was to hide my daughter's motives from me and how much of a slut she was dressed like. She blushed as I snapped one cuff on her left wrist. It was then the shock appeared on her face as I cuffed the right hand. I then reached behind her and unzipped the dress she was wearing before simply ripping it off of her so she was totally naked before me. She remained quiet as I surmised she would.

I then pushed her to the floor where she immediately landed on her knees. Excellent work I though to myself as I noticed a black nub protruding from her rectum. I asked her to tell me what was there. She looked down to the floor before revealing that she wore a butt plug. It was part of a bet my naughty daughter made with her earlier in the night before she returned to the house. I then moved to in front of her where I allowed my robe to drop and revealed my boxers scarcily concealing my erection before her face. Sandra's face opened up as well as her mouth. I simply slid my boxers so that my erection was protruding out of the opening right where her open mouth was. I then took advantage and allowed my shaft to slide just within her mouth. She instinctively tried to suck before I unceremoniously pulled it back out and smacked the side of her cheek with it. I scolded her for not waiting before again sliding it back into her mouth where she held it just the way I wanted. The little slut was learning.

Slowly, I eased my cock deep inside her mouth until I could feel the back of her throat. I strived to be careful because I didn't want to gag her. It turned out that Sandra was a fellatio scholar as I commanded her to suck and I felt her suction on the end of my cock. I stayed in that position for a while until I was basically fucking her throat while she knelt there handcuffed. It wasn't long until I felt myself getting ready to climax. I allowed my cock to fall out of her mouth as I began to stroke it until I had my seed spraying over her face and tits. Sandra didn't shy away from it, but opened her mouth to catch whatever she could in her mouth. She then asked permission to stand up.

I was so impressed with Sandra's behavior that I started to use her as my new sub while my daughter went out whoring herself. Kayla was against me seeing her best friend so much, but her guilt over her behavior kept her in line. We spent the good part of a year taking care of each other. I would bind her with the ropes I had in my closet or cuff her hands and use her for my personal cum dumpster. She seemed to enjoy me taking over the way I did. Soon after, my daughter was knocked up by an anonymous suitor and it drove a wedge between Sandra and I for a while. It was a few months later that Sandra moved away so that she could pursue her graduate degree. She still on occasion comes by to visit to relive our past.