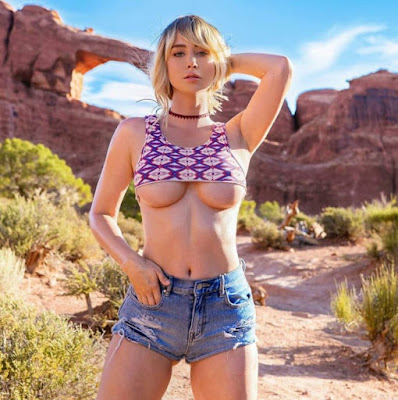 When I woke up that morning my first decision was to be a female for a day. First of all I had to clean myself. First of all I had to clean my new pussy. I took a bootle with a small drinking cap and filled it with some water. I've applied some hand lotion on it so it won't hurt my virgin pussy. I bent over and slowly inserted the top of the bottle. With a gentle push I started filling myself with water. The feeling was very new to me and I liked it. I slowly started to turn on, but it was no time for that.


When I emptied the bottle I stood up and had to rush to the toilet to expulse. I repeated it two more times with the last time using milk. The milk came out completely white meaning I really cleaned myself. I was completely hard by that time but I somehow managed not to play with myself. I filled the tub with water and waited until the erection was over.

I took a razor and shaved my (fe)male parts. What kind of a women allows herself to be grown in such thick hair? This process again turned me on a lot and I barelly managed not to play with my newly shiny vagina and penis. When the bath was over and I got rid of the hairs I used some body lotion to make my skin smooth - just like a real woman.(Porn Stories)

I spotted some tampons on a shelf close to me and decided I should find out how is it to have a menstruation. I took my enema bottle and filled it with some milk mixed with tomato juice so it look red and squeezed some of it into myself. After that I took some hand lotion, applied it to a tampon so it doesn't hurt, and showed the tampon into my vagina. I found the smallest thongs I could and put a pantyliner on them. I've also put some lotion on the pantyliner so I could have that wet mensturation feel. When I put on the thongs I got so hard that the thongs almost broke, but it was still not a time for that. I decided I should punish myself so being such a slutty girl.

First I took some clothespins and put them on my nipples. Then I took a paddle, bent over, and hit myself around 30 times until my bottom was red. Then I kneeled for 10 minutes in the corner. It was time to get dressed. I took a bra and put it on myself. I wore a short miniskirt over the thongs and some stockings under it. I wore a short top on top that left my bellybutton visible.

The house was a mess so it was time to clean it up. I opened all windows so some air could come in and (hopefully) some passenger walking by could see me cleaning the floor on all my four. I did hear some people walking by while I was working but I don't know if they saw me. They idea of people seeing me turned me on again and I had a massive errection.

When I cleaned the house it was time to end my period. I went to the bathroom and took of my thongs. There was lotion all over my vagina. What a messy period! When I took the tampon out some "bl**d" came out of my vagina. This turned me on again and I was barely able not to play with my penis. I took a new pair of thongs and put them on. It was time to punish myself again for all the dirty thoughts I had.

I took of the top and bra and got some rope. I tied it around my chest and squeezed the nipples. Then I got an ice cube and started rubbing it against my nipples. They grew a bit and I put the clothespins on them again. Then I found an improvised spreader bar and bound my legs on it. They were spread a lot and it hurt me but I deserved the pain. I bent over the bed and took a cane. I've hit myself hard about 25 times until I could take no more. My bottom was all read. My penis started growing again so I stroke it 10 times with the cane until it got down again.

I was a very dirty girls and I needed more punishment. I untied myself and went out to find some nettle. When I got back in I found some regular panties and put the nettle in them and wore them. It hurt my already hurt bottom a lot and I cried a little while kneeling in the corner. Some more spanking came with my hands.