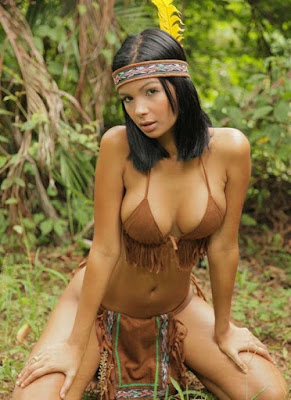 As a young lad I lived a quite sheltered life prefering to spend time alone rather than with friends. Although I enjoyed school I longed for the finish bell to ring so I could scuttle of home to my room. I lived alone with my mother my father having left her when I was 5 years old. I loved my mum she was always there for me if I needed anything, I never thought of her in a sexual way and although she had a curvacious body with large breasts she normally dressed in a manner that covered every curve.

My breathing by now was fast and I was aware of my cock straining in my shorts, I tugged my shorts down to free my cock and started to run my finger over the tip.

I wanted to see more so I continued to open each file in turn and found myself rubbing my cock faster as each naked woman appeared on the screen. Not long into my browsing I came across a sub file and opened that with anticipation only to be floored by the first image that filled the screen. There in front of me was my mother standing naked smiling and cupping her large left breast in her hand, her arm hid the areole and nipple of her right breast and her other hand hid her vagina from full view. I was stunned, my cock softened imediately and I closed the picture straight away as if she had caught me looking at it.

I tried to understand what I had just seen, could it be a woman that looks like my mum or was it really her, I opened the second picture and staring out at me was my mother standing tall arms by her side with her breasts and hair covered mound in full view, I knew now that it was her although I never imagined her looking like that I never thought she had such a fantastic body. I stared at her breasts and zoomed in to see her nipples close up, they were dark red hard and large and as I scrolled down past her rounded tummy I found myself staring at her plump mound. As her legs were slightly apart I could just see the outline of her pussy lips protruding from the whispy dark hair.

My cock was up and extremely hard by now as I closed the picture and rushed to open the next one, there was my mum sitting on her bed legs apart pulling her pussy lips open, I fumbled with the keyboard to zoom in on this treasure all the while rubbing my cock frantically. There filling the screen was my mothers pussy gaping wide open a lip between thumb and finger on each hand pulling them wide to expose her clitoris. I felt my balls contract as I pulled hard on my cock and spurt after spurt of hot cum shot out covering my legs and balls.

By the time my mum came home I had decided to ask her in a casual manner if she wanted to keep the picture files she had on her old laptop. I dithered and tried to find the right moment to ask her but she was rushing around after her day at work and I decided to leave it until later.

We ate dinner and we went to the lounge to watch TV, after a while mum asked what I had been doing after school that day, I thought now or never and told her I had tried to clean her laptop disc. I must have blushed because she asked if I was alright, I stammered that I was but that she had left some files on the computer and I wasn't sure if she wanted them deleted. Casualy she said for us to go and see them so she could decide if she wanted them kept, I knew instantly that she didn't realise what files I was talking about.

I followed her to my room and as she sat on my bed I sat at the laptop and switched on the computer. I had hundreds of thoughts racing in my mind of how she would react when she realised what files I was talking about. As the computer opened I clicked on the file and dozens of picture icons spread over the screen. I glanced at mum and saw the horror spread over her face as the naked truth hit her of what I was talking about. She lept up and tried to close the files but as she hit buttons across the screen appeared a naked woman lying on her side with a massive cock spreading her pussy lips. She screamed and slapped me hard on the face and ran from my room crying. I was shocked as the pain racked my face from the first slap I had ever had.

I called after her and followed her sobs to her room, I knocked gently on her door and slowly opened it to see her lying face down on her bed sobbing her heart out. I wanted to comfort her and make things right but I didn't know what to do. I walked over to her bed and stroked her hair softly telling her that things would be fine. She turned to face me and throught heavy sobbing told me she was ashamed of herself and that she was a dirty slut. I started to cry telling her that she wasn't a slut but a fantastic mother. She asked if I was ashamed of her and horrified by her behaviour to which I told her I wasn't and that I expected most adults looked at the same sort of thing. My coaxing seemed to calm her and she slowly turned over onto her back and said she would try to explain what she had done, I told her she didn't need to explain but she was insistant saying that she needed to tell me o that I would understand.

I sat and listened as she explained about her life as a single mother looking after me and protecting me and how she craved someone to love her and cuddle her during the long lonely nights but how she never wanted another father figure in my life. I could see tears rolling down her cheeks as she opened her heart to me. I gently wiped her tears away and told her I loved her so much and that I never wanted her to be sad and if looking at naked bodies was the worst thing she had done then she had nothing to worry about. She explained how she felt better and less lonely when she browsed sites on the internet and how she chatted to other lonely people in the same position as herself and how that was how it all started. I told her I understood what she was saying and admitted to her that I spent a lot of time exploring porn on the internet also.
She asked if that was her fault for been a bad mother and not setting a good example, I assured her that it wasn't and that I hadn't known about her internet passtime until now. She asked why I looked at porn and yet never seemed to be interested in girls my age. I said that I felt they were immature and silly and they did not get me excited.

"What does get you excited then" she asked.

She pulled my head close and hugged me tight my head burried into her ample breasts and I could smell her sweet perfume arousing my limp cock which was now starting to pulse as bl**d rushed into it. As mum eased her arms from around me I pressed my crotch hard against her leg, I could feel her pull her leg away slightly and then push it back hard against me. She slid down the bed and hugged me tight again as she did her skirt moved high up her legs exposing the tops of her stockings held up with suspenders. I moved my hand up to balance myself and as I did I deliberately brushed my hand over the top of her legs and felt the silk of her panties under my hand.

I heard her gasp lightly and shiver beside me clutching me even tighter into her breast.I started to feel sweaty and uncomfortable in my cock area so I tried to get up to relieve the pressure, mum whispered into my ear not to leave her yet. I told her I was uncomfortable and needed to arrange myself to which she said "let me sort you out".

I trembled as she opened my belt and jeans and as she pulled them down round my ankles my cock lept out of my boxer shorts right beside her face. She gasped again and asked if I found her that exciting to cuddle. I blushed and told her I loved her and that I had dreamed of this happening. She pulled of my top and pulled back the bed covers asking me to slip under them. I did as I was told and she asked if I minded her coming in beside me a she felt cold. I nodded that I was happy and she reached behind herself to unhook her skirt. As this fell to the floor I could see her suspender belt holding her stockings and the light pink panties covering her pussy. My cock was going wild by now but I wanted the moment to last so I determined not to touch it. As mum removed her top I was in awe at her breasts they were huge busting out of her pink bra that looked far to small to hold such monsters.

She sat beside me and removed her stockings followed by her suspender belt and quickly slipped in beside me. As she cuddled up to me I could feel my cock prod her panties and I apologised to mum telling her I couldn't help it. She smiled and told me not to worry a she found it exciting that her son should find her so attractive. I whispered again that I loved her and told her I would always take care of her, she smiled again and told me she loved me to sliding her hand down to my pulsing cock. As she grasped my shaft I thought I was going to explode all over her hand but she knew how to tame my fire, she squeezed the base of my cock hard and told me to relax. The pressure of her hand temporarily eased my desire to cum and she saw that in my face as she kissed my cheek. She complained that her bra was cutting into her and asked if I minded if she removed it I just managed to mumble a throaty no I dont mind.

I lay back spend and elated, mum pulled of her panties and after giving me a good long look at her pussy she slid into bed beside me. I felt my fingers trace their way to her whispy bush and was surprised to find her wet and slippery as my fingers slid easily between her lips, she parted her legs slightly and with her hand guiding mine moved my finger up and down her now open pussy, as she moved my finger onto her clitoris she tensed and gasped whispering for me to rub her pussy their gently. I did as I was told and in what seemed like seconds she tensed arched her back and while pressing my hand hard onto her clit moaned loudly that she was cumming. What happened after is in the next episode.