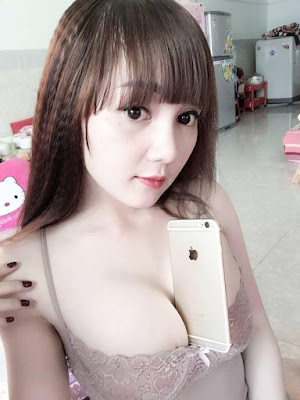 When she married him we all thought it would not last. He was ugly, with a capitol 'U' and arrogent towards us. She was not the sharpest knife in the cutlery box, but then she bordered on the desperate and it must have been difficult hanging out with our selective group with our long legs, long hair and traits that drove men to inseminate.


We all knew we had what it took for a piece of tail on a night out in Stockholm's night clubs, or an overnight cruise on the Birka Lines boat to Åland, with cabin hopping and cock sucking, as part of a girls oral education.

She never really got going, mainly due to her strict upbringing, and partly do to her body type, shorter and heavy.

But we girls all stuck together and we all tried to get her to loosen her inhibitions as well as her knicker elastic, and let some men in to thrill her.(Adult Stories)

She cabined with me and I confess she never slept or even invited a man back for a quick poke in her hole.

Myself though well that was a different story, as I humped naked on the bed, with enough vocals and decibels to wake the dead, while she lay in the dark, a few feet from me.

When she married we were happy for her but he was a piece of shit and he knew our contempt as we would cut him dead in his tracts, when he showed the slightest contempt for her.

'When God makes them, he matches them' was the in saying back then, and through time, as we all moved on, they drifted off our radar.

In Stockholm not too long ago I met her, all swollen as she had been seeded and was now bearing the fruit of his loins, and about ready to drop.

We chatted and after a few glasses of Red I was persuaded to return back to her home for diner, which then developed into an overnight stay.

He was there, older and more ugly, than from what I remembered him, more sleezy and Dickens Micawberish, in mannerisms.

As the night progressed he slunk of to his bed and we chatted, she confessed he was not in his best of spirits, as she was not providing his conjugal marital rights, due to her heavy pregnacy.

At one point she rose and went out to the toilet and after a few moments in he walked, completely naked, excused himself and took a drink of water from the kitchen tap, walked back out in full frontal view of me, and struck up a conversation, whilst have a few sips from the glass.

I sat there stunned, looking him up and down, getting an eyeful of cock and balls, which he displayed without fear or concern, and remained composed and civil until she returned.

My mind raced when she sat down and commented on his nudity, as matter of fact like we were discussing a joint of meat at the butchers counter. She and he were not fazed that I was sitting there in the midst of this display.

After a short interlude he left us again and we sat in embarrised silence, until she asked me, matter of factly, 'Would I fuck him?'

My response and look of increduality, resulted in her disposition positively wilting.

Remembering my brazen youthful attitude regarding sex and all the encouragement I gave her, she concluded that I might enjoy entertaining her husband and provide him with release of his sexual tensions.

As she sat trying to explain everything that had just transpired, I realised that my invitation was not just for a girls chat but in fact, as she explained, he had suggested my overnight stay, as he had always regarded me as a prime fuck.

Of course me being me I had consumed copious amounts of wine during the evening and was somewhat dumbed down to the point of actually making sense of everything that had just transpired.

She apologised for getting it wrong and a certain uneasiness decended between us, resulting in a premature end to the evening.

I dozed off and proceeded to immerse myself in one of those sexual encounters that wet dreams are made off.

My lover was not visable to me, but his lovemaking was sublime and my strong hip movements in unison with his thrustings, made for an extraordinary good fuck.

I could feel the climax approaching and the frequency increased and I jerked on that cocks full length, then at one point it slipped out and I instinctively reached back to put it in and in doing so realised I was awake and her husband was fucking me.

He was pounding me from behind, holding me by my tits and ramming me with such gusto, I realised he was about to explode in me and we were having unprotected sex.

I hated myself at that point. My body screamed, 'Go on' my mind screamed, 'Get the fucker off' and while they argued with each other, we both exploded together. When I came I was sobbing I was gulping in air, such was the intensity of feeling. I was on my stomoch and he on top still screwing the final drops of semen from his testicles and depositing them deep within my vaginal canal.

As I lay there I wondered if he knew I was awake or still in a d***ken stupor, probably thinking I was in the throes of a wet dream.

I awoke the next morning, he had long sinse departed our bed and as it bagan to dawn on me the reality of the nights folly, I jumped up and cursed myself for falling asl**p.

I meant to douche myself of his sperm and now it was probably in the process of fertilizing me as I was due my periods within the week and my orgasm would have me sucking his seed deeper into my fallopian tubes, to do what seed does to my eggs.

To little and possibly too late I rose, and in the bathroom was horrified to see that nothing was being secreted. Dismayed I showered dressed and went to breakfast.

He sat triumphantly opposite us, master of what he surveyed and I sat in silence knowing I had submitted myself to his sexual doings.

When he rose he smirked as he looked at me with disdain, 'Mariel, you are one fucking crazy fuck', to which he strolled off and left us to explain why this all happened.