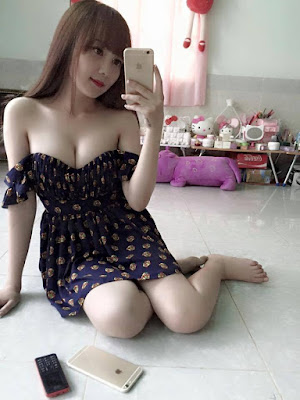 By the time we got to my place I was sober enough to remember the promise I made to Dennis. When he came out from the bathroom I offered him a seat in my recliner.

"Time for your lesson," I announced grabbing for his big hairy penis.

"Actually," replied Dennis. "I just want you to do me like you did on the set."

"Well in that case," I answered. "Pardon me while I slip into something more comfortable."

As fast as I could I changed in the dressing room. Bella had to wait until I was finished. Hammer Man's dressing room was off limits even though the S.O.B. was out of town.


I had on the tight pair of jeans I brought with me to change into along with a white button down blouse. Thankfully I had my favorite boots with me as well. It felt so good not to concentrate on walking with heels anymore.(Porn Stories)

Dennis was waiting for me when I came out. He put an arm around me and we headed for the door. Once again we got a few WTF stares on the way out the door.

Sometimes it's so good to have a big beautiful woman in my arms. But being bisexual also means sometimes it feels so good to be in the arms of a big strong bear of a man like Dennis. (OH YEAH!)

I dropped my car off at my place and then rode with Dennis down to The Birchwood. When I'm there during the week I unwind with my buddy from Boston, good old Sam Adams beer on tap. But this was Saturday night which means it was time to hang with my Hispanic friends Jose Cuervo and his wild s****r Little Margaret. Nothing says P-A-R-T-Y like a good old fashioned kick you in the ass salty Margarita.

Dennis and I worked our way to a booth. Everyone there was already dancing and having a ball. But I have my party routine.

While I'm sipping Margarita number one I am little Miss Chatty Cathy. Tell me about your f****y,what you're into, your dreams, what turns  you on, what pisses you off, and along the way I'll tell you MY story.

It turns out Dennis and Nick are 2nd cousins. (NO SHIT!) While Nick and Bella are cousins on the other side of the f****y.

(So I just banged the bosses' cousin while he watched, THAT's A NEW ONE!)

Meanwhile Nick and the Hammer Man were lovers before Hammer became a super stud.

(Get the fuck outta here!)

But as of late Hammer's been taking off trying to do his own thing. Nick let him get away with it once, when he did a film with some  trannies making like chamber maids up in Montreal. But all the other times Nick brought Hammer back kicking and screaming under contract.

Last time Nick found out Hammer was way the fuck over in Montana trying to pull something. So Nick had to get the contract to get him back. Needless to say all is not warm fuzzies and roses in Wild Crescent land.

As soon as the first Margaretta was gone it was time to DANCE. If it's got a good beat I'm on the dance floor. It doesn't matter if it's rock and roll,disco,country, salsa, top 40,or hip-hop, I'm dancing.

However the thing that really gets me jumping on the tables is 80's pop. Maybe it's because I spent my formative years listening to depressing grunge music by people like Nirvana, Pearl Jam and Silver chair. I was too young to enjoy the 80's music when it was on the charts. My folks never played that stuff anyway. They're into PROG and pretty much nothing else. So when I hear shit like the B-52's and Madonna I go crazy.

This time though what hit the old hot button was WANG CHUNG! I was all like grabbing Dennis and out on the floor we went. WOOOOOH!

Turns out Dennis is quite a dancer. He really knows how to shake that groove thing! All the straight ladies were looking at me with envy. While some of the guys were drooling over me. Here at The Birchwood, I know, that THEY KNOW, what I really am, which makes it such an awesome turn on.

But of course tonight I belonged to Dennis. You could tell he was running wild
and enjoying himself off his leash.

When things started to mellow a little bit it was time for Margaritta number two. That's when I'm ready for the slow jams. Bring out the George Benson "Breazin'" light jazz and the "Lights" by Journey power ballads topped off with the soulfull classics like "Let's Get It On by Marvin Gaye. (O-O-O O c***d!)

Then came Margarita number three. It's always good to be with people you know in a place where everyone knows you if you might get a little too shit faced.

"Honey?" asked our waitress. "Is this handsome hunk taking you home?"

"Heeeeee thure is," I replied.

By an awful ironic twist of fate ever since I screwed a gal with a speech impediment I wind up talking like her when I'm juiced. Of course thinking back Fletch was the one who screwed me. Over and over and over, she fucking wore me OUT!

Dennis helped me up as we headed for the door. "Time to go, babe." He suggested.

By the time we got to my place I was sober enough to remember the promise I made to Dennis. When he came out from the bathroom I offered him a seat in my recliner.

"Actually," replied Dennis. "I just want you to do me like you did on the set."

"Well in that case," I answered. "Pardon me while I slip into something more comfortable."

When I came out wearing a special something from "Beyond Your Dreams" boutique it was time to get busy. I sat on Dennis' big hairy belly and slowly slid back until my ass pussy found his big long throbbing boner.

After relaxing for a bit which really did include a couple cigarettes Dennis said he really should go. He was such a gentleman.

"Are you sure you have to go?" I offered. "I make a mean southwestern omelet."

With a kiss Dennis headed for the door. I watched him drive away in his car.

And what a way to end a crazy day. There was no way I could get to get to sl**p now. As usual my e-mailbox was jammed. One file caught my eye. It was from "Cactus wren 625."

It was a hot hot fucking hot picture. Enough to slam me back solidly into straight mode. Not that much came out, but for the 4th time in 24 hours I nutted. This time it was on the fresh print out of Gail.

Next up Time to "meat" the Hammer man.