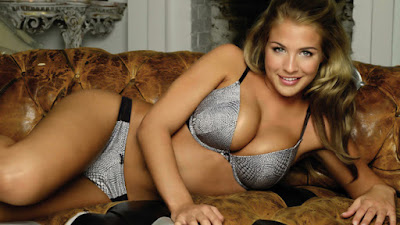 It had been a while since I saw Peter and more importantly since we'd fucked each other. So when he invited me over my mind started racing. By the time I got to his door my heart was racing and I had a massive hard one I could barely contain.


He let me and sat me down with me at his coffee table. "So how are ya" - I was not sure what he meant was he going to pretend we hadn't fucked each other? "Ok" I muttered. "So ladt time was pretty cool" he said "yep" was the reply.

He suddenly put a stack of cards on the table, I didn't know what to think. Then he said "so I was checking out this site and I got an idea". "Yeah, like what I said" not sure what to hink and still with a raging bonner.(Erotic Stories)

"So, here's the deal" He said "I call it high card surrender" - "Yeah" I said nervously "We each draw a card and lowest card loses. The loser then surrenders a piece of clothing until they're naked and then , when they have no clothes on they must surrender themselves to the loser - totally" "What do you mean" I said "The winner gets to do anything they want - any thing at all to the losers body"By this stage I could barely contain my hard on "let's do it" I said ready to strip and fuck straight away.

He shuffled and placed the deck in front of me."Pick" he said. I drew a 9 "not bad" he said then he picked a card and flipped it over "six" he cried ! So he removed his shirt. "Pick again" he said. So i shuffled and picked out another card. "Ace" he exclaimed "oh fuck" he followed. He then picked out a card "ten" he moaned. He then removed his jeans and I could see he had a ragging hard on under his jocks.

"One more and I'm yours" he said and I could barely contain myself. He placed the cards in front of my again I quickly grabbed a card "2" he exclaimed. He then quickly crabbed a card "7!" he said with joy and I slipped off my shirt. By this stage I just wanted to fuck !

He placed the cards in front of me again and I picked "6!" I moaned thinking I would have to strip then he picked "Fuccccccccccck 4!" he said.

Without saying a word he stood up and dropped his jocks to reveal his hard dick with precum around the edges. I smiled and said "so now?" "Now you do whatevr you want to me" he said "anything?" I asked "Yep" he answered.

I got up and walked over to him - his hot naked body crying to be taken. I placed my hands on his shoulders and without any hesitation he went down on his knees. I grabbed his head and f***ed it on to my ragging crotch. "Fuck yeah !" he said as he pulled down my pants and took my dick in his hand. "To the winner..." he trailed off as he swallowed my dick in his mouth in one move. He began to suck it deeper and harder than before.

After a few minutes I couldn't take it anymore. I flung him to the ground onto his back "wow!" he exclaimed "now what?" I made my way down to the floor and kissed my way down his body until I arrived at this hard, wet dick. I sucked my first dick and he loved it grabbing my head and moaning loudly "fuuuuuck" that's good he gasped.

As he said that I stopped looked him straight in the eye. I then garbbed his legs and put them into the missionary position. "Oh fuck" he said "too fucking right" I answered. I spat into his hole and rubbed it with my fingers as he began to moan. "Fuck it...now" he begged and without hesitation I plunged my dick into his ripe arse slowly at first but then I began to pile drive it like a Jack hammer.

I then took his dick in my spare hand and began to wank it. "Fuuuuuuuuuuuck yeah" he yelled "Whoever comes first has to take the other load in their mouth" I blurted in excitement. "Yessssssssssss" he moaned as I fucked harder.

He looked at me and said "well, we had a deal" and got back on his knees. I stood up and he took my cock into his mouth. "How does that taste?" I asked as his head bobbed up and down furiously. "Yeah" he mumbled in between sucks.
My dick throbbed and throbbed until I couldn't contain it anymore. "I held his head close to my crotch and screamed "take it baby" adn shot a massive stream into his mouth. He didn't not stop until he took every drop.

Peter then collapsed onto his back and said "that was fucking awesome" and I said "fuck yeah". "Gotta do this again?" he asked "Sure" I said.