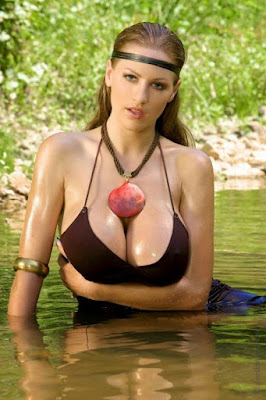 I was 18 when I fell in love with my best friend. His name was Tony and we'd known each other since we were 5. And I wanted him from the first moment I met him. Yes, at five I knew what sex was, and it took me 13 years to get it. Every Friday night my dad would go bowling, and every Friday night from the time I was thirteen I would sneak off somewhere, so that we could make out. But once I turned 18, everything changed. One Friday we were coming back from my Uncle Dale's house, and my parents had put a mattress in the back of their pickup to sl**p on while we were at Dale's. The mattress fit in the truckbed perfectly. And fortunately for me, they left it in the truck when we all went to the bowling alley. I was nervous as I went to the bowling alley, being a virgin and quite unsure of what to expect.


I found Tony in our usual spot, behind the lockers on a bench. He started kissing me, before I could tell him my plan. I had to practically shove him off me, and that wasn't exactly easy, he was a big man. Once I got him to let me go, I whispered in his ear. "Meet me at my parents truck." I went first, waiting for my Dad to bowl, and my Mom to start her usual gossiping. It didn't take long though, and I snuck out the front door without being spotted. Tony followed a few minutes later, and we met up in the truck. I was wearing a denim skirt, which I easily shimmied out of, and my thong, the black pair with the bow Tony loved to caress. I left my top on, in case I might have to make a quick exit. Tony was pantless in one fluid motion, and he climbed on top of me. His hand found my breast, and he rubbed my nipple between his thumb and forefinger. I gasped, and his mouth clamped on mine, his tongue finding mine. I was burning up inside for him. And he knew it. (Adult Stories)

"You'd better be quick about it, I don't know how long my mother will be distracted." I said sadly. How I did not want this to end.

"Okay, Charity." he said. He pulled a condom from his pocket, and after putting it on, he climbed on me again. "Hold on, baby. This might hurt a little." he said forcing my body to receive his.

He was right. There was a moment of pain, as he took my virginity, but I didn't care. All I wanted was to feel him inside me. And it was pure bliss. I had read romance novels, and I had let Tony rub me off a time or two, but this was...different. It was like nothing I'd ever felt. As he pummeled inside me, I could feel the orgasm building, and when it let loose, it was like a dam bursting. I clung to Tony, my nails digging into his back.

"Yes...baby I love when you do that." he stammered between moans. And then all of a sudden, his whole body began to buck wildly and I dug my nails in harder. "More, Charity. Make it hurt. Make me bleed." he hissed at me.

"Come for me Tony." I said urging him on as his body slammed against mine in a fury of pain and pleasure. "Give it to me." I said as his body shook uncontrollably and he continued to pound me. The f***e of which brought me to orgasm, along with him. I sank my head against his chest and screamed. His body muffled most of it.

"Yes baby, come for me, just like that!" he exclaimed, as his body came to rest against mine.

"That was.....amazing." I said once I was able to regain my composure. He crawled off me, and redressed. I slid my clothes back on, and then we one by one snuck back into the bowling alley. Once we were in our usual spot, Tony noticed my hair was all mussed, and he helped me get it in to a somewhat manageable bun. We spent the rest of the night in each others arms, as was the usual for us. When I had to leave, Tony walked me out to our truck and I laid in the back beneath the cap, and fell asl**p on the ride home. And that's where I spent the night.