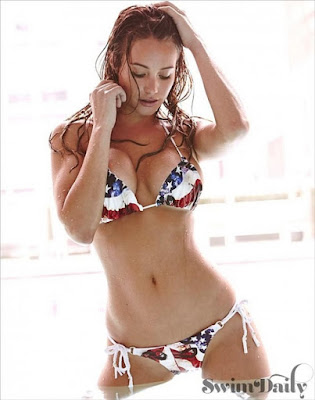 After my last night at the gloryholes, I didn't get much sl**p. I kept waking up with hard-ons that required my attention. From what I read online, the busiest times were lunch, right after work, and late at night. I decided to hit the right after work crowd and stay there for the night. I took a long, hot bath and dreamed of all the kinky things one could imagine. I thought of all the times I watched my wife get DP, loving seeing a cock sink into her holes. I loved seeing the frenzied look on her face as she was fucked without mercy, then see cum oozing from her ass and pussy and a few times even coming out the sides of her mouth. Later, I must make sure she sees me getting what she got.


While going through my suitcase, I found tucked away a bottle of Veet hair remover. She knew this was my favorite hair removal system and I knew what she expected of me. I go back into the tub and applied the thick mixture to my dick, balls, ass, then even my legs, a new thing. I rinsed after awhile and was completely smooth. I put on the stirrup pantyhose and a pair of thin, nylon jogging pants, a shirt, shoes and was out the door. I stopped at the hotel bar and had a couple shots, just enough to take the jitters off.(Erotic Stories)

As I entered the store, it was packed. Couples were buying toys and videos while catching glances of those around them. Many men were looking at the video racks watching to see who went to the back rooms. As I entered the booths, it was pitch black. I couldn't see a thing. Apparently, it was black out night. As I searched for an open booth, I was groped many times. I also felt some guys buck naked in the hallway as I allowed my hands to fondle a few dicks. I waited some time for a booth to open. When I did, someone tried to follow me in but I was not ready for that yet. I even heard women in there. I must convince my wife to come with me sometime.

Now, I have worn panties and such under my clothes on many occasions, but I had never fully exposed myself to someone in them. I was pretty frightened. I sat that for a bit in the dark, then started the video machine. The guys to both side of me were watching straight stuff but were stroking. I left my clothes on and turned on a video of Matt Ramsey, AKA Peter North, fucking some guy in the ass. Wholly shit does that guy have the dick, the motion and the cum!!! A dick appeared in one side. I took off my shirt but left the pants on. I folded up the chair and bent over and began sucking in earnest. My tongue found every nook and cranny of that cock and I bobbed up and down on it. I cupped his balls then put my tongue to work on them. As these booths were pretty small, its nearly impossible to bend over without getting your other side close to the opposing gloryhole. Without warning, I felt a tug on my pants which dropped them to my ankles. I was now exposed wearing pantyhose. I was in a bit in shock not knowing for sure what would happen next. I began to suck on the the first guys dick when I felt hands rubbing the pantyhose and my ass. I moved it closer to the hole and he began to finger my ass. At the same time, the other guy began to fuck my mouth before shooting a massive load down my throat. He had me suck him until he went soft.

The guy fingering my ass stopped and I turned around. Through the hole came rather large black cock. Another first. Things were moving fast tonight! I sucked on him for some time then he withdrew. I stood up and his hand came through the hole and turned me around again. I backed against the hole and felt him lube my asshole. He then pushed into my ass rather quickly. It hurt; I am sure it was the biggest thing I have ever had up there including the latex my wife used.. Once in he quickly picked up his pace and I relaxed to enjoy the monster inside of me. I swear he fucked me forever, changing pace and depth. I would reach down and feel that monster sliding in and out of me then realized he was barebacking me! I wished I had a video camera to share this with my wife. There was a cock in the other hole but I didn't care; I was completely focused on the cock in my ass. I felt him speed up even faster, tense, then felt very warm inside. Shit! No condom! However, my initial panic ended when he pulled out and felt cum pour from my ass, down my balls and down my pantyhose. Hell, if my wife could get creampied, so could I! This was a fantasy come true!

My legs were wobbly as I grabbed a handiwipe and cleaned myself enough to sit down. I rested a bit. I decided to check out what the other booths were like. I got dressed and fumbled around, with cum still oozing from my ass, until I found another open booth. This one was different. Instead of holes on just opposite sides, there was one one straight ahead. You could tell that the monitor was on the same wall has the hole. I had never seen this before. Although It seemed it would make any sexual contact difficult, it sure made for great viewing! I just sat in my chair and had a straight shot. I realized they could do the same to me. It was empty at the time however both booths to my side were not.

As I peered through the one on my left there were two guys in it dry humping their dicks together. The one on the right had a fully clothed man just watching the videos, never staying on anyone long. He whispered through the hole that he wanted to suck my dick. I politely told him that I didn't want that right now. He asked several more times before finally leaving. I looked again to the left and saw that the guys had dropped their pants; looking up, I could see that they were deeply embraced; interesting.

The door ahead of me opened and a guy walked in if full leather chaps and such but with his genitals and ass were exposed. I suspect he had been playing in the hallway. He began stroking, the video brightly lighting his activities. I found the Matt Ramsey video again, this time showing his muscular ass being fucked as his huge hard dick swung wildly. I dropped my pants and took off my shirt, fully exposed in my stirrup pantyhose to three different holes. As the guy straight ahead continued to stroke his cock, my exhibitionism got he best of me. I got up on my knees on my chair and stuck my ass out, exposing my recently fucked hole and pantyhose covered ass. He quickly left; I was thinking maybe it turned him off. Soon, the empty room next to me was entered and and a movie quickly began. I peered over and it was him, the guy in the leather. His dick quickly popped through the hole and my mouth was on it. After a bit, he began to face fuck me pretty hard, at times gagging me but he wouldn't let up. He stopped and said “turn around”. I did and bent over. He fucked me so hard the wall shook. My face was up against the other hole and I could see two guys in the room fucking, one bending over the chair.

The guy fucking me was pretty verbal; I could only guess what the others were thinking. The two in the other room stood up and the guy getting fucked brought his dick to the hole. I eagerly took it in my mouth and began to suck it. Another check on the bucket list, I was getting split roasted. I then realized his partner reintered his ass while he was standing up. With every pump, I could feel the guys dick shove into my mouth. The guy in my ass began to shudder at about the same time as I felt the first shots hit the back of my mouth. I felt my bowels being seared with hot cum as the guy in my mouth release more with every pump from his partner. The guy in my ass withdrew and I felt gaped. My hole was wide opened and dripped. The guy in my mouth withdrew as I heard his partner began to groan. I heard a shuffle in their room then felt the other's dick enter my mouth just as it began to blow. I sucked it dry, then again wobbly, sat down. I didn't care if I made a mess on the chair. The guy in the leathers then sent a note through the wall, “like it, want more, I have a friend too. Then in parentheses, he writes, “wife is welcome if you have one” . That is another story.

I don't know how many encounters I had that night, including getting brave and walking to other booths in just the pantyhose. I will say I got “detained” once by someone insisting on fucking the hell out of me while others help hold me up. Finally, I let a guy pull my pantyhose to my knees and began to suck my dick. He was good!. Another entered my ass and after a short time, I left a huge load down the cocksucker's throat.