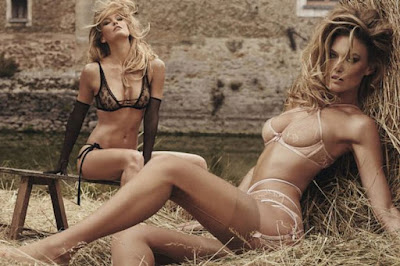 It started innocently enough having a drink in our local pub, but tonight there was a strip show on, featuring girls for the local men, but nothing for the girls to feast their eyes on.

Of course we cant complain because we were both u******e drinkers, only by two years, but keeping a low profile was better than causing a fuss.


The room darkened and the music increased, with a strong emphasis on the steady 'Jungle Beat', that gets mens pulses racing, as the flesh is exposed.

One thing we noticed was that the law forbade the girls to drop their knickers, a tits and bums show, enough to get the horn-dogs hot enough to drink more booze, and as we spotted, a lot of crotch grabbing as erections were being pumped full of hot bl**d.

We sat in the far corner, not paying too much attention to the girls, as we had what they were showing, when we were asked if he could take the spare seat at our table.(Erotic Stories)

'Sure' said Pia, my companion, 'Park your bum' she continued with a giggle, not meaning too much as she was always forward with her language, especially when she was drinking.
We could be excused for being s****rs due to the similarities in stature and looks, but we were just rooming buddies at college, with a sense of the naughty girl in both of us.

Our 'Sugar Daddy' was providing us with an abundance of wine, not to mention the odd 'G-n-T' thrown-in, to loosen our loins, well we assumed the later, why would a man in his 50's hit on two young girls in a strip pub?

Pia was getting more loose tongued as the drinks were going down and soon enough I was being excluded from their private dirty talk, he would comment the we should be up there, doing our stuff, and she would reply, no way as she would want to take her knickers off.

He was squirming in his seat at the prospect of such a vision unfolding before his eyes, however this was just Pia mouthing off and teasing the poor bastard, who responded by pouring more booze down our throats.

Soon the time came for us to head back to our flat and once outside in the cool air we both were suddenly overcome with the effects of over-indulgence.

We made our way across to the taxi rank and I sat down on the bench and Pia keeled over, lying on the pavement, one leg upright and showing her crotch and completly out for the count.

Of course I was worse for wear, so when our new found sugar daddy appeared and offer help, who was I to protest.

Bundeled into the cab with all of us in the back seat and daddy in-between us we drove back to our flat, I noticed how his free hand was working Pias' crotch, but as he was getting some refund on his nights expenditure, I chose to let him enjoy his moment.

When we arrived I suddenly realised I needed him to help get her into the flat, so I asked him to come up and have a coffee and together we got her into the living room and propped her onto the setee.

He went into the toilet to relieve himself and I put the coffee on and went into the room to look at Pias' prone body, deep in d***ken slumber.

Suddenly curious as to his actions in the back seat of the cab, I lifted her skirt and saw she was not wearing any knickers, he must have ripped them off in the cab, the dirty fucker was prepping her, and feeling between her legs it appeared she had been responding, as she was wet.

Now I was curious, unfloding before me was a sex senario, a d***k girl and a dirty daddy figure and sad for Pia, I was getting-off on it, I would let him have access to her for the sole purpose of watching my own private sex show.

Leaving her exposed I walked back into the kitchen, just as the toilet flushed and listening intently at his footsteps, as he made his way into the sitting room, and Pias' exposed cunt.

Standing in the kitchen straining my ears for any sounds eminating from the living room, I suddenly found myself slipping my hand into my bra and cupping my left b**st. My hard nipple was playing my palm like a drumstick beating on the stetched skin of a drum.

I tip-toed to the living room door and peered through the crack. Pia was lying comatose on the setee, her head to the side, eyes closed and gently snoring, in a femine way, and I say comatose, because our daddy had parted her long slender limbs and was sticking his tongue into her soft flesh, licking and drinking her estrogen laden juices, only stopping to push a couple of fingers into her swollen cunt and rub the sensitive flesh behind her pubic bone, known as the 'G-Spot'

He was having the pleasures of her young flesh but there was no response from her, I can only imagine her nerve endings in her clitoris were as touchy feely as you guys get trying to have a wank when you are d***k, falling asl**p and waking up with a woody still clasped in your fist.

As I waltched his tongue run the length of her saliva soaked pussy I found myself easing down my own zipper and opening the waistband button on my denims, and easing my free hand and fingers onto my own organ of pleasure.

As I rubbed I suddenly realised why I am I doing this, when all I needed to do was go in and let him do it.

Its amazing how age, looks, and all those turn-offs that plague you when your sober, suddenly desert you when your inhibitions are at their lowest, and your just dying for a fuck.
Going back to retrieve two coffees was a slight time waisting experience as within minutes I was standing over him looking directly down on the pussy parting tongue lashing he was administering to Pias lifeless body.

He stopped and looked at me standing over him, running his eyes up and down the length of me as if just realizing I was also in the flat.

His eyes stopped at my undown zipper and open front and a knowing smile broke out on his wizened face, 'You been watching Mariel?' he asked with a thick voice. 'Do you mind?' I challenged, handing him the coffee, turning and sat down oposite him, 'Dont stop on my account' I smiled as I nestled into the seat and eased my hand back down the front of my denims.

My next actions could be considered as brazen but as my passions mounted I wanted to be dirty, and as a s*******n year old girl with a huge sex drive, the word brazen meant fuck-all to me.

'Take them off', he commanded, 'I want to see you play with your cunt' to which I needed no second invitation, and standing up sliped my denims and knickers to my ankles, where they lay for a few moments while I went the whole hog and stripped naked.

Now I slipped out of my denims and eased my naked ass onto the seat, lifting one then the other leg over the arms, spreading my thighs wide for him to look at his second cunt, now offered by me.

'Why dont you fuck her?' I rasped, 'Stick your cock up her', I continued, 'She told me she wanted you' I lied, desperate to see the whole fuck thing.

Easing her legs over his shoulders in the classic fuck position, he knelt there deeply embedded into her, up to the hilt, not moving just savouring her sofness and tightness and any contractions she was administering with her vaginal muscels, as she was now starting to respond to the insertion, like a person in the throes of a wet dream.

'Come here baby' he said, 'Let daddy lick your pussy'. I got up and went over to him and lifting one leg over Pia he stuck his tongue straight into my pussy and twirled the tip around my clitoris. Inserting two fingers into my pussy he started rubbing behind my pubic bone and suddenly everything exploded.

I was holding his head hard against my pubic bone, grinding my pussy into his face and humping like a demon posseded. What a brilliant feeling, it was without doubt my first double orgasm, clitoral and vaginal, my legs buckled as my lungs gasped for air, extreme pleasure and pain merging into one sensual experience.

I was spent as the tingling sensations persisted, I was in a state of perpetual orgasm, never a moments away, all it took was to touch and I would go off like a roman candle.

I stood at his side when he started humping Pia and she rose and relaxed to his increasing thrusts and slow withdrawals, he was completly in control and though Pia was still in a deep sl**p she was moving with him as she also sought relief, from the penis fucking her so expertly.

I knelt behind him, massaging my breasts into his back, and dropping my hand down under him held his heavy testicles and give them squeezes, hard enough to let him know I was there, but gently enough to let him enjoy his fuck.

Gathering saliva on my tongue I traced a line down his back, stopping at each point of wetting my tongue to kiss his saltly tasting flesh, all the way down until I was now in between his buttocks and inches from his puckered asshole, which was opening and closing in unison with each thrust into Pia.

The squishy noises, made from Pias' cunt as he worked it into a lather with his cock, coupled by the sexual smells coming from both organs, drove me into uncharted inhibitions, as my tongue now started on my friend in a diberate act of lesbianism, something that never had appeal for me, but know it was delicious with her sweetness mixed with his saltiness.

Occessionaly his cock would slip out of her cunt and find its way into my mouth, where I sucked greedily on it, driving it deep into my throat, and it was on one such occassion that I swallowed the contents of his ball sack, as he pumped the load down the back of my throat, to be ingested and distributed to my very being, on a cellular level.

Another experience defining moment that has shown me the pleasures of coupling with older men, hopefull will get more girls practicing with them, just remember if they can gey it up, girls fuck them