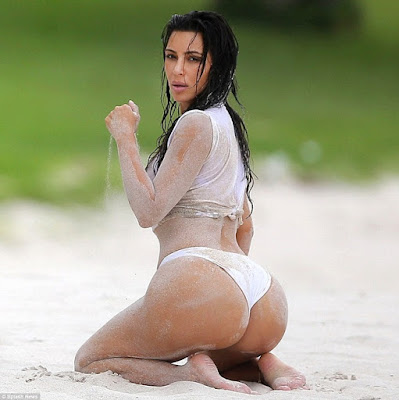 I was feeling too old to be a bridesmaid; it’s a job for young virgins really, not for a horny 23 yr old. I was stuck with 2 other girls – both just k**s and not the company I wanted. Our dresses were pink and uncomfortable. At some point I’d insisted on having mine as an off the shoulder number and now found myself in a tight figure hugging dress on a hot day – and I would need help in getting it off as the zip was impossibly tight. To make things worse I’d not seen one unattached man in the wedding party at the church.


We were now at the reception and about to sit down for the meal. I needed a pee desperately. I grabbed hold of Sandra’s mum’s hand and whispered about my pressing need in her ear. She came with me to the hotel bathrooms and helped me, with a bit of struggle, out of my dress. Not really the audience I had intended for my new and very expensive underwear. I had a corset style bra on, white lace, with a clip at the front between the cups and beneath a silk ribbon tided bodice. I had white stockings on, held up by a silk suspender belt and a white lace and silk thong with a small heart shaped peephole where by dark pubes bushed out. (Erotic Stories)

I slipped into a cubical and had a pee saying, “Yes but there’s no one here today to show it all to.”

Two minutes later I was squeezing my way back into the dress and then we were back in the hotel dining room. The meal was about to start and everyone at my table were already seated. I was with the two other bridesmaids and some aunts and uncles, the only single man was Sandra’s (the bride) 18 year old nephew. Not good. Well at least he may get a fumble of the 16 year old bridesmaid’s breasts if he plays his cards right, I mused. As for me, there was nothing for it but to drink the wine, which I set about doing with enthusiasm.

By the end of the meal I was quite d***k. I’d struck up a good conversation with Sandra’s nephew – James – and amused myself by dragging his attention away every time the slightly plump bridesmaid tried to engage him in flirty conversation. No one could out flirt me, I thought. By the end of the speeches I was desperate for another pee – something I’d whispered to James about several times. As we got up from the table I could see the plump girl building her strength up to ask James for a dance. I should have helped her with a bit a matchmaking but was feeling very mischievous. I stopped her by saying, “James has just got to help me with a little task and then we’ll be back,” and as a slight appeasement to my looming guilt I added, “and then why don’t you two have a dance?”

I took a slightly surprised James by the hand, as we left the room I smiled at him and explained, “I just need you to unzip the back of my dress, it won’t take a second, you don’t mind do you?”

He shook his head, I knew he thought something was up, especially as I weakly explained I need to use the loo in my bedroom as it wouldn’t be right to take a boy into the ladies toilets in the hotel lobby.

We got to my room and I turned by back to James asking him to unzip the dress. It was a cheap stiff zip and not easy to move, but James’s trembling hands were making a particularly clumsy job of it. Three quarters down he got it well and truly stuck.

“Don’t worry,” I said. “Just help me wiggle out. Kneel down and pull it from the hem please.”

As he knelt behind me I eased it down and stepped out of the crumpled dress turning towards him saying, “Phew! Thanks. I thought I was stuck in that dress forever.”

He looked up at me and I could see the raw sexual amazement in his stare. There was a very distinct bump in his trousers. I went to the loo leaving the door open so he could hear me pee. I shouted from the bathroom: “You OK? Sorry about my undies. They are a bit revealing.

“It’s fine,” came a slightly nervous sounding reply, and then with a touch of lovely honesty, “not something I’ve really seen before.”

I flushed the loo, washed my hands and returned to the bedroom. James was now standing, his hands in front of his trousers trying to hide his condition. I touched the clasp holding the cups of my bra together. “James – I think I’ll change into something a little more comfortable – would you like to help me undress some more?”

He just stood and stared, frozen with needless embarrassment about his erection and entranced with my appearance. I took hold of his hands silently lifted then up to my bra cups. My nipples were hard and clearly pointing out against the soft lace fabric. He did as instructed and undid the clasp. I rolled the lace cups down revealing my tiny, pert breasts. His hands instinctively started to massage them gently.

It was then I made my mistake: I kissed James on the lips and pushed my hand down between us and took hold of his erection through his trousers. In his surprise, he tried to back away a little to free himself from my loose hold of his manhood. I placed my other hand on his firm bum and pulled him close giving him one or two hard rubs. He groaned and dropped his head on my shoulder, he nearly sobbed as he said, “I’m sorry, it’s my first time.” It was then I felt the wetness in his trousers – he had cum.

Time to be decisive. We stood apart. “Don’t worry,” I said. “It’s my fault for being too pushy with you - now let’s get up cleaned up. Take your trousers off and I’ll sponge them down, they’ll only take 10 minutes to dry out.”

This distraction did the trick, he pulled himself together and took them off. His semi-erect cock hung out of his shorts. It looked young and glorious. A good 6 inches and nicely shaped. I took his trousers and he went to tuck himself in. “No, those as well,” I said. “Don’t be shy. I’ve seen a cock before.” He seemed surprised but reassured by my matron like directness. He stood before me naked from the waist down, a small thatch of hazel pubes and his balls hanging heavily down. “Well you are a nice looking lad,” I said. I hung up his trousers to dry and said, “Now would you like to play the kissing game while we wait?”

“How does that work?” James asked.

“Well, you touch somewhere and I’ll kiss you there – it’s easy.” I took his finger and placed it on his eyebrow and then gave him a gentle kiss there. “See – it’s easy.”

James touched his cheek and I kissed him there. Then his lips and I kissed him there – several times. He paused wondering what to do next. “Touch your nipple for me,” I whispered. He undid his shirt and touched his nipple, it was followed by my kisses on his chest. I stood up to look at him again. “And now your belly button.” His hand moved down and I followed. I caught a glance of his cock hardening. I stood up again. “And now touch your balls.” He went to speak but I placed my finger on his lips for silence. His hand went down and I followed onto my knees. His cock was hard and in front of me. I gently kissed his balls and tilted my head back to look up at him drawing my tongue along the length of his cock as I did so. Looking up I said, “Touch the tip of your cock for me.” His fingers nervously moved around and up his shaft, I leant forward first kissing the head of his cock and then taking him into my mouth. I held the base of his cock and looked up at him. “Now James do you think you can cum again for me?”

I showed him how to unclip my bra clasp and made him practice with one hand. Then how to kiss and suck my nipples to make then hard. Eventually he unlaced my bodice and we took that off. Suspenders and stockings were the next lesson. (He hadn’t realized that they have to go under your knickers so that you can go for a pee.) I sat on a chair, with my legs wide apart as he rolled my stocking off and then kissed my thighs until I was really hot and moist. My thong was the last item to come off. He sat on the floor in front of me as I opened my lips to show him my vagina and I took particular care explaining where the clitoris was and how to find it. I got him to lick me there and then I got him to finger me there first standing in front of me, then from behind and finally with me on my hands and knees. He seemed surprised when I asked him to make me cum – I guess he hadn’t thought of it this way round – but some future girlfriend of his would unknowingly thank me one day. He did so with me lying on my back on the bed his head between my legs putting into action everything I’d taught him.

Once I’d cum, and it was very good as it was a slow much longed for climax, he got his reward – to lose his virginity. Lying on my back lifted my legs until my knees were on my chest showing him the splendid view of my swollen fanny in all its glory. “Fuck me now James,” I murmured. He climbed on top and a second later he was inside me. I pulled him close until he was all the way in, his balls pressing firmly against me. “Lie still for a moment,” I whispered in his ear. “Relax and enjoy the moment.”

Instinctively he started rocking back and forth his cock pushing in and out of me. As his thrusts became more frantic I slowed him down. “Not yet,” I said. “Let’s change positions first.”

He withdrew and I got onto my hands and knees. “Put your cock in me now James but don’t move.” He slid into me (too inexperienced to think about the other hole and I thought best not to put that idea in his head just yet). I rocked gently back and forth, James keeping perfectly still as instructed. I could sense his impending release so stopped and lay James on his back. His cock stood proud, the head purple and shinny with our juices. I straddled him and lowered myself onto his cock contracting my vagina around his erection. I lifted myself up so that just the tip was inside me gently bobbing up and down- he was about to cum. As he groaned with his first release I sat firmly down on him taking his cock deep inside me. I repeated this for each of his climatic spasms until he was exhausted and lay sweating on the bed. There was one last treat left, as his erection softened and held him inside me and rubbed my clit until I too reached a climax – my second of the day and it was just fantastic.