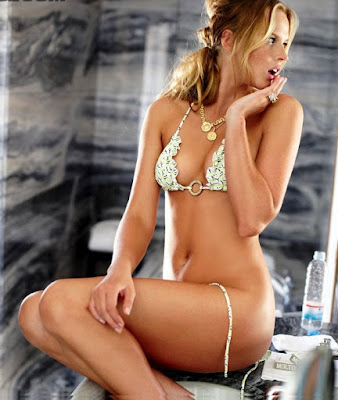 My cousin called to tell me her 2 boys were running in a track meet on the weekend and that she wanted me to come. It's usually a 2 day event with qualifying meets on Saturday and finals on Sunday.

I grabbed my folding chair, ice chest, a couple of towels and a big straw hat and I was on my way. My cousin had a tent set up for shade it was at least 90 degrees so I posted up to get ready to watch the boys run.


Next to us I noticed an older group of people there cheering on their grandc***dren. They had to be in their late 60's they all had silver hair and seemed to be in good shape. One of the ladies stood about 5'5 large sagging breast with very shapely wide hips. She had on black tights with a black tank top. I heard her say she was a track superstar in her day.

I watched the races and the boys qualified for finals the next day so I made plans to come back on Sunday.(Erotic Stories)

When I got there Sunday I noticed the men in the other group were not there. I introduced myself and the track star lady told me her name was Samantha and her friend was named Gloria. Samantha went on to say the men couldn't take the heat so they stayed back at the Hotel. It was even hotter that day. About and hour into the meet. Gloria said she was too hot to stay and that she was going back to the room. Samantha asked if she could join our group, and moved over by me. I noticed she was sweating so I offered her some water.

I said Sam, I heard you ran track back in the day. She said, that was 50 years ago. I'm 68 going on 69. I told her she had a very nice figure and didnt look a day over 50. She smiled and fanned herself, then poured the water down her shirt. I was like WOW!!! She looked at me and asked if I could take her back to the Hotel. So when we got in the lobby Samantha went over to the front desk. I was ready to say goodbye, but she asked me to wait. I saw her give the clerk some cash and she took a keycard. Turned around and asked me to walk her to her room. She walked about 6 paces ahead of me so I got a chance to watch her ass shake.

We went in the room and I didn't have to ask what was next. Samantha started to strip while walking to the bathroom and I followed. She had on black panties and a black bra to match. I told her to keep that on for while as I dropped my pants. She sat on my lap still hot and sweaty and I was very turned on. She pulled her gray hair back into a pony tail and put her arms around me. My dick was so hard. I played with her big ass titty's and unsnapped her bra. I laid her on the bed and got on top. Put my dick between her titty's and started fucking those big juicy titts. I then pulled down her panties and put my dick inside her. I was so..good. I didn't come. Pulled it out and told her let's jump in the shower.

She put soap all over her and rubbed her breasts back and forth on my chest while stroking my dick. We got out the shower wet and walked back over to the bed. She laid on her back and I said since you're turning 69 we might as well do one and so it was on. She sucked my dick like a champ. Her gray bush was a turn on and her pussy tasted delicious. We turned over and I got on top of her. Samantha was very excited. I fucked her on the bed really slow, taking my dick out with every stroke. We started kissing and my stokes got faster and faster, and I was spanking that pussy, making slapping sounds and pounding, bam! bam! bam!. I felt like a pornstar. I had to catch my breath and turn her over doggie style. I licked her asshole and she jumped. She said she wasn' ready for that yet, so I stuck my dick in her pussy and started pounding again. Suddenly there was a knock at the door. We both jumped up.

She ran to the peep hole and it was Gloria. Samantha opened the door and Gloria came in. She said Sam, your husband is looking for you. So Samantha quickly got dressed and ran out of the room. Meanwhile I'm in the bed naked and Gloria is just standing there. She looked at me and said, no no mr. You ain't leaving. She stood right in front of me and grabbed my dick and said you still got pussy juice on your dick. She then licked her hand and grabbed my dick again. I started taking her clothes off and motioned her towards the bed. No foreplay on this one. Took off her panties and it was on again, i fucked Gloria nice and hard, then turned her over and put my finger in her ass. She said did Sam let you fuck her ass? I said yep! She said, ok but go slow. I worked my dick in Gloria's ass and was stoking nice and easy, then the door opened up. Samantha was back. I kept fucking Gloria while Sam stripped again and jumped back in the bed. Samantha said your fucking me in the ass to right? Gloria was like, Ooh!!, but don't stop. Samantha got in the doggie position next to Gloria then I started working my finger in her Sam's asshole too. I licked my finger and got it all the way in. Took 10 hard pounds to Gloria's ass then pulled my dick out to put in Samanth's ass.

Amazingly! I popped right in. I could keep me calm pace at that time and immediately started pounding Samantha's ass. She was very loud so Gloria rubbed her back and kissed her necked while I fucked that ass. Samantha calmed downed and started riding my dick cowgirl style. She got on top of me and slid my dick up her ass. After about 20 minutes of her grinding on top of me I finally bussed a nut in Samantha's ass. They both showered and left me in the room.

About 2 hours later there was a knock at the door. It was the other lady I didn't meet. I opened the door and will write about this one later.