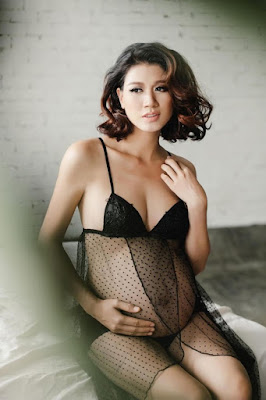 After writting accounts of my sexual awakenings, encounters and experiences, I get numerous e-mails from men claiming they got an erection reading of what happened to me during my exposure.


Wow! I think, amazing I can do that from something I formulated in my female brain, less than 24 hours earlier.

I remember sitting once chatting to an older man at a party and the discussion as most discussions do, when two people are intimately engrossed in conversation the subject turned to sex.

So, as we talked and laughed, I sensed he was being turned-on by the way I was being so descriptive, I continued to open-up and started using my finger to emphasize, putting it on his leg and tracing an imaginary circle.(Sex Stories)

I was amazed to see his reaction as his cock became engorged and more visible to me. he squirmed in slight discomforture but I was in full flow and abruptly excused myself, 'God I need a pee, I dont want to wet myself' got up and made off to the toilet.

Knickers off and into my bag, a couple of buttons undone on my dress, which was a complete button up type and the buttons would expose my stocking tops and flesh where my panties would have been, I was going in for the kill and going to leave nothing to the imagination.

Settling down beside him again, drinks refreshed we continued where we left off, in I was pleased to see his eyes had picked up on the exposed parts of my body, meant to bring his attention to my cunt.

Having drawn my leg up in a squating position, the material of my dress around the remaining fastened buttons, was streched to popping point, leaving nothing to the imagination, which of course was my intention.

'I see you dont wear knickers', he said pantingly, 'They can be an inconvenience at times', I repied challenging him to go further with my eyes locked onto his without blinking.

Easing my leg from under me, down onto the ground, I slid alongside him and whispered directly into his ear, 'Lets go out onto the balcony, it's quieter and darker', got up and walked out into the cool fresh evening air.

I was light headed and slightly giddy in such a highly charged state of mind and sexual arrousal. I walked over to the far corner of the balcony, at its darkest point and without looking back at the approaching figure, some 10 steps behind me, leant out on the balcony rail and cluching my wine glass with both hands, I closed my eyes and waited for him to take me.

This act of total surrender, of offering my body to a man for his, and my own, sexual gratification, is part of what drives me even today, its my inner turn-on, making myself available for men to enjoy the ultimate pleasure. A perceptable moan escaped my lips as my head dropped, and by emphasizing my acceptance to mate, raised my buttocks and straightened my legs.

Anyone viewing my dispostion side on could cleary see here was a woman ready to mate.
His hands rested initially on my hips slowly stroking my flanks, working around my stocking tops and buttocks, through the thin material of my dress.

Pressing both palms of his hands into my flanks, he slowing raised my dress until the cool evening air wafted across the exposed flesh above my stocking tops. He pressed hard against me, preventing my bunched dress from dropping and aided such, dropped both hands down to cluch the hemline, and in doing so, sent the equivlant of an electric shock on my clitoris, as he touched my bare skin.

I felt the pressure ease off my buttocks as the hemline of my dress was raised over them and pushed all the way up to my bra.

What a sight to the casual viewer, a long stockinged legs and knickerless torso, bent over the railings and readied for penetration, by the eager man behind her, undoing his flies and withdrawing his eager cock for the short act of copulation now about to commence.

Thank god the balcony was deserted and we were at the far end in the dark. His cock stretched me, parting each fold of vaginal flesh with comsumate ease until the heat of his scrotum rested hard against my lips and his rough pubic hair carressed my buttocks.

His long withdrawal was slow and deliberate and my resistance by gripping onto him, was proving pointless, as my secretions were oiling the piston of flesh as it powered back up me with such f***e, I thought we might break the railing that supported our act of public copulation.

As he powered into me he unclasped my bra and with a few moves my bra and dress were off over my head and both articles of clothing drifted down onto the lawn, alongside my wine glass, which had gone with the first thrust of his cock.

Gathering my bunched hair in his left hand and pushing it forward, I was held over the railing, unable to raise my head and squeezing my right breast painfully, he fucked me with f***e and domination. All I could do was keep my ass up high and use the railings for support. My role in the was to provide the comfort and pleasure he was experiencing and keep as quiet as possible as I was scared to draw attention to my nakedness.

He ejaculated deep into me and held it there until it subsided and eased out. We were both panting for shortness of breath and I remained in the same position over the railings until I had recovered so composure. I straightened up and turned to him to suggest he retrieve my clothing, but he was gone.

I stood in the darkness wearing only stockings and shoes, realising my knickers were in my bag I reached down for it, but it was gone also. I searched frantically, but the bastard had taken it, not only had he fucked me but now he had my bag full of all the information he needed to know who I was.

Suddenly the cold was more noticable and I crouched to keep warm and looking down between my legs watched the little puddle now forming as his sperm dripped from the warm enclaves of my vagina.

There was nothing for it, standing up I tossed my shoes over onto the lawn and climbed down to retrieve my clothing.

Dressed and composed I made my way back into the main hall and spied my lover now sitting with another woman, engaged in deep conversation. grabbing another wine from a passing tray I made my excuses and joined them.

Later in conversation with this woman, who turned out to be his s****r, she told me after he had left to go to the toilet, that he was gay, with a capital G.

I was stunned. She told me he had told her of my intentions, and she was just warning me that I might be disapointed if I was hitting on her b*****r.

I thanked her and made my way out and went home dissilusioned, sullied, and angry, more at myself but to this day tinged with excitment that I was taken in such a fashion, with such ease and abandon, by a man who by all probability is still taking females, and fucking us because we are asking for it, without saying a work.