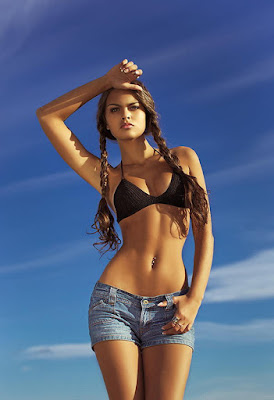 The metal table was cold against my skin. My hands and feet were tied up and I was wearing a blindfold. All around me I heard voices, and the sound of people unfurling something they held in their hands.


That's when the whipping started.

I don't mean suck in a good way either. Flying sucks one hundred year old man asshole skank. The only thing I hated more than flying was living in the Southwestern USA.

One hundred and ten degrees, is 110 fucking degrees. At least with the cold you can always put on more layers, but there's only so much you can peel off when it's hot.(Porn Stories)

That's why the first chance I got I was out of there! I went to college out of state and took a job in Boston. Now the only thing that gets me to to drag my ass back to Tucson is f****y, and a crazy ass bitch named Gail Kruger.

Gail's last E-mail was a video of her spraying pussy juice all over her web cam. Good thing that fucker was waterproof!

But what can I say? This gal's not faking anything. She's just a crazy nympho bitch who's got it bad,

I just had to rush down and see Gail. She'll be waiting for me at the airport. And in the meantime I'll be flying prescription airlines. Just wake my ass up so I can change planes in Denver or DFW or where ever the fuck it is, and before I know it I'll be in Tucson Arizona, dry heat and all.

There's just one catch. These pills the doc. gave me can give some people some crazy fucked up nightmares. But hell, if you spent your life worrying about every rare thing that might happen to you, you may as well just drop dead right now.

So fuck it! Like The Ramones sang, "I wanna be sedated."

It's not fear of crashing or any terrorism bullshit. I just can't stand being crammed like a damn sardine with no place to go for a walk. Or for that matter, a smoke.

The entire rest room was flooded, and I had to go bad. To make matters worse for some reason I was barefoot. Then I kept seeing shit flowing everywhere. When I finally found a clean stall the toilet itself was overflowing with turds everywhere!

I awoke with a k** sitting next to me poking me with a tootsie role.

Then everything faded to black again . . .

The metal table was cold against my skin. My hands and feet were tied up and I was wearing a blindfold. All around me I heard voices and the sound of people unfurling something they held in their hands.

That's when the whipping started. I could hear the whistling of leather straps flying through the air and cracking across my bare skin with a snap. They started along my shoulders and slowly worked their way down. Every time
it was a little harder against my back.

The voices were shouting at me. "Say it! Say you love it!"

The blows were coming faster and faster. "What do you want? SAY IT!"

They were moving to my buttocks.

I stayed awake long enough this time to look around where I was seated. Across the aisle I spotted a cute guy. He was skinny with pretty white skin and curly brown hair. He was wearing a UCLA sweatshirt. Before I dosed off I smiled at him, and I think I might have blown him a kiss. My mind was so fucked up, who knows.

The chairs were all in a circle. It was some kind of 12 step meeting for sex addicts. One by one the people shared their story.

This one gal got up. Her name was Ginger I think.

She started talking about how she was addicted to playing with herself. When she was younger she'd bend her legs a certain way and rock herself, so it felt good in her pussy. One time her teacher caught her doing it in class so her folks were brought in. That just made her do it more in the bathroom where nobody would know.

The more Ginger shared the more turned on I got. She went on to say how it wasn't long after she started putting hot dogs and shit up her slot.

That got me so excited in the dream I began to moan out loud. People were looking at me.

(What? I'm the only one getting excited? what's wrong with you people?)

At one point the moderator came over to me. He said if I didn't stop making noise I'd have to leave.

But Ginger kept right on talking. Soon the hot dogs weren't big enough and she was using wooden handles instead.

My cock was growing out of my pants. At one point in the dream as her story went on I reached down to try and jack off, but someone had bound my hands to the chair. To make matters worse all my clothes vanished! And I sat there naked in front of everyone, with a massive boner waving in the air.

The plane lurched me awake. The captain was telling everyone to buckle up. That was followed by a flight attendant echoing his words.

"Ladies and gentlemen, the captain has turned on the fasten seat belt sign . ."

I glanced over at my cute neighbor across the aisle. As I drifted off again he
smiled back at me.

A naked skinny man glared at his opponent. He held his boner aloft and aimed it
like a weapon. His challenger was a muscular she male with pretty tits and a massive boner. S/he too, aimed hir lady stick like a gun.

As she raised her hands in triumph, a shadow loomed overhead. It was the silhouette of a giant fat woman with enormous tits. The skinny girl screamed as the shadow grew to form the shape of a giant ass.

And then I woke up!