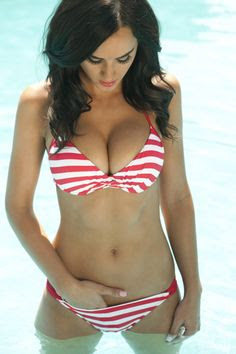 I had been in the club, with some friends from work on a Christmas party night out, we had drank and danced all night. I noticed a young large busted curly blonde haired girl watching me, overtime I caught her eye she would look away, but always looking back when I looked away. She wore a beautiful sapphire blue dress, which came to mid thigh. Her long shapely legs encased in black sheer stockings, which I noted when she crossed her legs, and silvery sandals. She was with a large group but seemed to be on the fringes. I thought I recognised her, but could not place her. I wore a tight red dress trimmed with white, very festive bare legged with white strappy sandals. As they put the lights up at the end of the evening, I picked up my bag and standing outside I said goodbye to all my friends and walked to the taxi rank, the queue was long but there were plenty of taxis coming and going so the queue was moving quite fast.


Behind me was the same girl, I had the strongest feeling that I knew her and so I turned and spoke to her, we chatted as we waited that was when I remembered where I had seen her before, she worked in a local bank, she was a money adviser. Just before we reached the front of the queue, I checked my bag, my purse was gone, I had no money for the taxi, and Jessica said I could share her taxi, but she had just enough to get to her home, which was about a twenty-minute drive from mine. She offered to let me stay with her and said she would drive me home in the morning. It was starting to get cold, so I gratefully accepted her offer.

As we sat in the dark back seat, I knew she wanted to be more than just a friend, so I reached out and took her hand and put it under my dress against my red lacy panties. Jessica flexed her long fingers against the taut lacy material covering my moistening pussy, I touched my lips to hers, she sighed against my mouth, I slipped my tongue past her lips, as my tongue touched hers I felt Jessica shudder slightly, but her fingers continued working against my stiff clit rubbing the course material, making my pussy even wetter. I kissed her harder now as I pulled her closer as I spread my thighs stretching my dress tight. Jessica abruptly broke our kiss and contact with my pussy she squirmed in the seat, clamping her thighs together, she pulled her dress down, she was acting very coy, then I notice the taxi driver looking in the mirror. I flashed him, spreading my thighs obscenely wide, Jessica began giggling, as I blew the driver a kiss, before linking arms with Jessica for the remaining journey.(Porn Stories)

The taxi drew up at her home a tiny one bedroom flat, she paid the river and walking up the path, I lifted my dress up showing my ass to the driver. Jessica opened the door and we entered the foyer and headed to the lifts, the lift doors opened and we got in, I pulled her towards me and kissed her as I jammed my hand up her dress to rub the soft material covering her hot damp pussy, she was so into the moment. She opened her legs allowing me full access between her legs to rub along the increasingly dampening panties covering her slit. I pressed the material into the hot groove of her pussy; she was moaning and sighing into my ear as I worked her pussy getting her ready for making love to her. The lift stopped and the doors opened, she took my hand from under her dress and pulled me to her door, she fumbled for her keys and opened the door we burst though the door. It swung closed behind us as she led me to her bedroom, she tore my dress off me, we were in a frenzy hands moving cupping squeezing and rubbing over each other, stripping every item of clothing until naked we stopped and looked at each other nakedness in the streaming moonlight. We stood both of us breathless Jessica’s large breast lifting and falling, the differences between us obvious her large breasts and my smaller B-cupped breasts, we moved slowly together skin touching skin. Jessica’s nipples standing proud I bent and took the hard nipple into my mouth trapping the taut flesh with my teeth, I flicked my tongue over the tip before releasing it and sucking on the fleshy nipple, my hand was working on her other breast. I moved to take the other teat into my mouth as my hand played with the newly released nipple, Jessica pressed my head against her breast as I nipped and suckled. Jessica backed slowly towards the bed I followed still working on her breast with my mouth.

We climbed onto the bed, Jessica lay she bent her knees before she pulled her legs spread and back towards her head, her pussy glistened in the moonlight, which streamed through the large bedroom window. On my knees, I licked round her gaping pussy before closing my mouth over her pussy and sucking her pussy lips between my lips then releasing. I repeated this before slipping a finger between her swollen labia and pumping in and out as I sucked on her clit alternating long slow sucking with rapid short sipping and long licking with a soft flat tongue the rolling my tongue jabbing against the pink nub. Her breathing became shallow as she climbed higher, her legs shaking in anticipation over the release just moments away. I took my fingers out of her hot wet pussy and pressed her labia together, pulling them up towards her tummy then down and spread them as her clit appeared I licked the tiny pink nub then as a little more appeared I closed my mouth on it trapping it as I fluttered my tongue directly over the tip. That did it she bit her hand as she came in a rush, thrusting her legs straight up to the ceiling, trapping my head between her smooth hot thighs.

I licked her swollen pussy lips gently, as I watched her, her face beautiful, serene then she smiled at me, ‘I want your pussy, NOW’, she said.

I released her legs and climbed astride her and moved to her head, I placed my wet glistening pussy above her mouth. Jessica raised her head and licked my wetness from my swollen lips before spreading my labia and inserting two fingers inside me as her tongue worked over and round my erect clit, making me moan and grind against her fingers as my pussy tensed and relaxed on her pumping fingers. I was on the verge of cumming when she jammed a wet finger into my bottom, the sudden unexpected attack on my semi-virginal bum pushed me over into my release, causing a spasm of my pussy and bum, I squirted my juices on Jessica’s beautiful face, past the two fingers embedded in my hot love hole. I rode her fingers with each wave of pleasure until she pulled her three fingers from my two openings. I lay half over her and licked her face before we shared a hot wet kiss, as we both lay on our back chest rising and falling rapidly until our breathing returned to near normal.

We began giggling, as we hugged and pulled the duvet over and went to sl**p, both happy and contented, Jessica’s head on my chest and her left breast under my right hand. I woke sometime later with Jessica’s head between my legs and her tongue flitting back and forward over my still swollen lipped pussy, then she gave my clit a long sweep with her tongue flat and hard, it made me draw in a deep breath, Jessica spoke, ‘Your awake then’, she giggled and resumed her licking. My legs were shaking as Jessica steadily brought me to the pinnacle of another mind-blowing orgasm; I arched my back as I came long and hard. Jessica’s mouth never left my pussy as she maintained my orgasm, keeping the waves coming one after another, I climaxed 3 times in rapid succession, and my body glistened with sheen of sweat. Finally Jessica stopped fucking me with mouth lips and fingers and moved to hold me in her arms as my own hand covered my pulsing wet sex and my mouth suckled on her nipple, she rocked me, holding me until the orgasm abated and I began to function again.

I wanted this girl; I wanted her to experience multiple orgasms, to pay her back for making me cum so hard and turning my body into a quivering mass of sexual ecstasy. I sat up and kissed her on the lips she responded and I gently pressed her down on the bed and began to kiss her face her neck her throat. Jessica moaned as I licked along her jaw to her ear and I gently bit the soft lobe drawing the flesh, before releasing it and moving down to lick along between her ample breasts moving left then right I took her nipples alternatively between my lips flicking my tongue over the trapped flesh. As Jessica moaned louder, I moved further down and until I found her tummy button, I used my lips and tongue licking round and into the shallow indent. I was between her legs now, my nipples scr****g over the hot soft puffy lips of her vagina; she spread her legs wider as she pulled her legs up toward her chest. She was open for me and I lightly traced my finger down along her wet slit, she gripped her thighs as I moved further down to tease her dark secret opening. As I gently probed her puckered opening I kissed her hard pink clit, her pussy seemed to open more as her juices flowed preparing her for my finger to enter her as I sought her g-spot an massaged the soft tissue with each thrust of my finger, pulling and pressing rotating with each and every thrust. Jessica was humping her hips, I closed my lips on her clit, and suckled hard, she was weeping as the first orgasm coursed through her ravished body.

It was late the next morning when we woke up and headed for the shower, I was ravenous, but not for food, well not just at that moment I still owed Jessica an orgasm, and I am a fair girl and in the shower I gave her the orgasm I owed her. When we finished we washed and dried off before having a long brunch and Jessica drove me home.