"Sex Stories" Newcastle and the age of consent 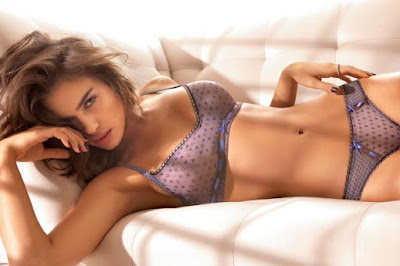 
Drinking from a beer bottle and noticing a guy eyeing you, is fun when you give the bottle an extra push into your mouth and withdraw it with a lip sucking extraction, slow and deliberate, to get the message across that this could be your cock and what better to emphasize the point than with an unexpected spurt of head from the beer and another head plunge to swallow the foam.

Dont be shocked guys, girls in Sweden do this for kicks as practie makes for perfection, but due to age restictions and alcohol, we suck on coke bottles, with the emphasis kok. (Swedish cock)

So yes I am in Newcastle and my lecturous landlord has shown his urgent need to this Swedish beauty, by ejaculating openly in front of me, and I of course standing with my cunt in his face, fresh and pink, with the sweetest aroma that only virginal cunts transmit.

The die was cast and we both knew and accepted, that this was no accident. I knew he would want more than a standing flash and hopefully he knew I would be looking for something substantial, like a rent free stay.(Erotic Stories)

We would couple as Beauty and the b**st, I would regenerate his vigour and pump my youth back through his cock, making sure he took me from the back, as fucking him face to face was out of the question.

I never heard him decend the stairs, for all I knew he could have been listening outside my door, as the springs on the bed strained in unison with my humping hand and heaving hips, and did I mention, I am a noisy fucker, yes guys, I moan and scream with the best of them.
Standing naked in front of my wardrobe mirror, beads of sweat running down my naked torso, I looked vapid in the dusky darkened room. Reaching for the only chair in the room, I dragged it under the skylight, and heaved myslef up on to it.

Unclasping the latch and pushing the skylight up I stood fully upright, and the sudden shock as my nipples firmed up with the sudden surge of cool air, and more so as they sc****d the lower edge of the rusty skylight iron, as I turned my body to ease the skylight onto the roof.

Resting my perky breasts onto the iron and slate border that ringed the skylight, I could feel the coldness as it traversed down my body via my sweat secretions, down across my flat belly and down between my labia, cooling my clitoris, but not my passion.

Of course it never occured to me that someone could be looking at me and this sudden realization, caused me to momentarily dip down, resulting in the scratching of my left nipple and breast.

The red welt began to darken and soon a trickle of bl**d ran down my side onto my hip and follow the furrow of my thigh and disapear into my crotch.

As I watched, this somehow injected a darker eroticism into the scene, similar to having a sharp leather tawes drawn across my naked torso and causing swelling and draw bl**d, with each smack of the belt.

I stood upright again, surveying the rooftops looking for men looking and found myself wanting there to be at least one person having fun.

I opened my door as before, noisily, transmitting my intent to him, and as I stood washing my pussy and bl**d streaked torso, I could hear him accend the stairs, up to the girl, naked and wanton, prime for plucking and ready to finish her off as only an old man can do with a young girl.

I stood there rooted to the spot as he came in. I made no attempt to cover my nudity. My knees were trembling and my nipples felt like a pair of twin Pinocchio's noses, as they were at their fullest, beckoning him to tweak them and render me completely helpless, in his hands.

As he advanced I started to wald towards the bedroom, but he halted me and turned me back towards the washbasin.

Standing behind me I felt the double movement of being f***ed forward, with one hand on my slim shoulders, and the other hand pulling my hips outwards.

I was being bent over the sink to be be fucked in an upright position and I positioned my hands on the sinks edge to steady myself. Dropping my head into the sink in a submissive manner I opened my legs for an unobtrussive access into my vagina, finally raising myself up onto my tiptoes in an ass-up position ready for penetration.

Horse riding does the most wonderful thing to your vaginal muscles, it hardens and conditions them, makes them tighter and more efficient at gripping, as the whole exercise of riding, even on saddles, is about gripping with your thighs, so when I say he came into me, dead centre, he actually just hit then glided out along my moist labia and hit my clitoris and started humping like a man possesed.

I think he thought he was inside me enjoying the fruits of my girlhood, but I was holding his swollen cock firmly between my thighs and the lubrication being provided by my over-excited vagina, was simply coating the soft skin between my thighs.

I had to struggle to get him to stop humping and when he realised what was happening, allowed me to reach back and take him into me.

That must have been a whole new feeling for him. He was now being fully enveloped and gripped with such f***e, each pull and thrust was with more effort now I was providing an opposing f***e in each direction.

My hands were now in the sink, half supporting my upper body, my head was being f***ed down into the sink, as he held me by my hair and my thighs were squished hard against the cold granit of the sink, as he pushed into me. I was being fucked like a rag doll, nowhere to go, bent and receiving his thrusts and suddenly there was a warmth, a telltailing warmth, each woman knows, as seed is being pumped deep into her.

I was building for my release when I felt the heat, I knew I had only moments before his cock started to subside into a flacid position and the humping motion which had now stopped, suddenly turned into a frantic gripping and relaxing motion as I tried to keep the full feeling of him inside me.

He must have felt so powerful in those moments, his cock deeply imbedded inside me and I frantically humping him for my own release He pressed up hard against me to stop his flacid cock slipping out as my strong muscles were chewing him and spitting him out.

When my release came I was left wanting and felt a tad disapointed with overall power of it but there would be more options in time to come as I realised this was the beginning of something I knew that was going to happen again and again, now he knew I was really a dirty little girl with a serious sex drive.