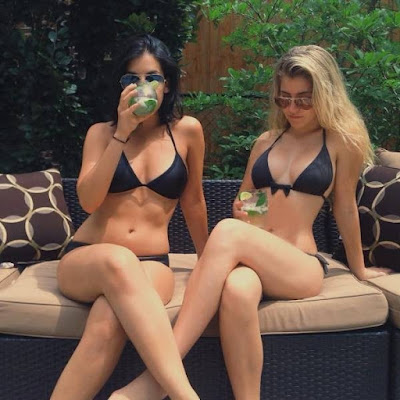 Well it all started rather mundane, two men simple chatting about some thoughts, feelings and fantasies. These talks about sex then moved to some talk about experience and then on to what might happen if they had a chance to do something with another man. They seemed to get along and shared more personal information about themselves. I doubt either really thought it would ever become real, do to the fact that distance, relationships and schedules made it difficult to have a meeting. They had tried to sync schedules to meet for a coffee or lunch to meet.


Then a chance an opportunity appeared that they were both free and it looked like they would actually get to meet. Then as they realized that the discussions between them had been explicit and fantasy may become reality they worked to share with each other, potential misgivings and fears or was it shyness.

The day, or evening arrived both unsure who might back out, with William driving up towards Joe’s, only way this would become a real meet, was based on William driving to the vicinity of Joe’s and then placing a call to get the final directions. This was the last chance for each of them to back out of the real meeting. The evening was rainy and cool, as William drove towards Joe’s. Both feeling excited and nervous about actually meeting, and knowing that they had agreed that if they felt comfortable with each other they would progress to some intimate pleasure. (Sex Stories)

Placing the call as he neared the area, surprised and excited that Joe answered, he gave him directions to get to there, both sensing the excitement and nervousness. William walks to the door, and the knock arrives, seeing each other, smiling and shaking hands, Joe invites him in. Apologizing for his choice of TV show, small chitchat, introductions, and pleasantries, offering of refreshment, and then sitting on the couch, getting comfortable.

As they talked Joe, remembered he had a video that they thought would be fun to watch, so as they both turned the attention to the TV, watching the video and still chatting a little bantering about the movie, but very light. William looked over to notice that Joe was getting hard in his shorts and William was feeling a little tight in his jeans too. Joe noticed William rubbing his hardness at his crotch and says to William “Do you mind if I’m a little forward.” With that he reached over to rub on his hardening dick, feeling it getting hard in his jeans then started to undo the jeans, releasing the hardness from his pants.

Then William figures, what the hell as he pulled out his cock and got up and undressed, Joe doing the same. They then started stroking their cocks and each other’s cock a bit. William feeling that he really wanted to try a little cock to cock and so as Joe laid back on the couch he got on top and rubbed and stroked their cocks together. William was getting hot from the action, although it was a little difficult to be in that position. William took and wrapped his hands around the two of their cocks, enjoying the feeling and excitement. Then they pulled apart Joe taking his cock and stroking it, as William rubbed on his and then switching to rubbing each other’s. William was then beginning to feel his throbbing cock, and thought he could feel his friends in his hand too. William beginning to feel the started of his ejaculation, building in his balls and then moving up his shaft as the first shoot hit on the chest and stomach of Joe, he moved to take Williams load in his hungry mouth. Then as his cock began to really pump a load in the wanting and waiting mouth and began moving his hips to match the eagerness of his mouth. William feeling the pleasure of the strength of a man’s mouth taking him completely and drinking of his hot juice.

William not wanting to leave his friend holding his own, moved to get in a more comfortable spot, so he could offer some reciprocation. His enthusiasm helping him along hoping to return the favor of a release for Joe, hand wrapped around his cock and stroking it and massaging his balls for him. Joe showing him how he liked it down and rubbing himself too and reaching and touching for William’s placid manhood, touching his hairy chest. Yet Joe’s own excitement and pleasure was from the excitement of feeling another man in his mouth. They continued to play on the couch, William seeing and hoping that he would be able to release Joe’s cock, but as he felt his hardness and noticed the release of pre-cum he yet had Joe exploding for him. William sensing that he could just be nervous or also that he was maybe not stroking him as he might like, watched as Joe stroked it for himself and William offered a massage to his balls, hoping to stimulate him too.

As they played Joe’s hunger begin to get the better of him and was soon moving to the floor. Spreading William’s legs open his hand rubbing his manhood and then his mouth open and taking him. Joe’s mouth moving to share in taking the now hardening cock in his mouth and licking and sucking on his balls, testing his reaction to it, holding his hand around his cock and squeezing as he felt it get harder and harder for him. Joe and William both enjoying a more relaxed interchange of oral pleasure, each feeling and receiving the pleasure from what was happening. William watching as Joe concentrated on his whole crotch area, eyes meeting to see that each was enjoying what was happening. Joe’s strong hands rubbing against William’s body, feeling the hair along his legs and up on his stomach and chest. Pleasure was utmost important as it was joyous as they each enjoyed their role on this evening. Then each sensing a building in the groin, paces quickening, hearts pumping, cocks hardening as William looked down to see that Joe, mouth performing and concentrating on his cock, he had moved a hand to offer some additional stimulation. Joe sucking on his friends cock and stroking his own, this was incredible as they soon were exploding in ecstasy, as Joe once more felt the man juice of William rushing into his mouth.

As they sat on the couch next to each other their concentration was once again returned to the action of the Video, but each reliving the moments of experience they had just had. Joe and William both looking at each other, some talk and questions about how each was doing. Relaxing moment together, just two men sitting together although naked, just satisfied from sexual pleasures. Each talking openly and freely about whatever they wanted to, work, hobbies whatever. With the movie playing or was it the excitement and heat of the moments, passed each touching themselves and then sharing a touch with each other, relaxing stimulating and erotic. Joe, then finding himself again drawn to the crotch of William, and knowing or seeing it as challenge that it may not be able to get him to rise again for another working his cock with his mouth.

Enjoying the feeling of Joe’s mouth again, William finds himself hardening and stiffening under the stimulation. Joe taking in the pleasure and enjoyment as he feels him getting harder and harder, then he moves away leaning against the sofa back, suggesting to William to stand. William stands and as Joe then leans against the arm rest of the couch he reaches to pull William to his mouth, taking his cock and swallowing to the base. William watches at it disappears and finds he is swaying in and out of the mouth of Joe. Looking down on Joe, William can see that he is getting hard himself and then reaches to also stimulate him with his hand. William’s hips moving in motion as he slowly fucks the hot mouth, taking him completely, and stroking this cock in his other hand enjoying his perch. Joe then reaches around the back of him pulling on him to pump him deeper into his mouth. William catches on and offers what he can, hips swaying and driving into the hot and hungry mouth. Joe leaning back and taking it harder and harder from him, William’s legs feeling the building excitement again, pushing deeper and deeper, and harder and faster for a final explosion, as the both are moaning with pleasure. William’s legs weak from the pleasure and feeling the mouth of his friend draining those last drops and cleaning it thoroughly of his man juice.

As they relax on the couch for a few moments before the video ends and then move to the general talk and chatter that men have all the time, meaningless and light. It is getting late in the evening now and both tired and stimulated and satisfied they say good byes, but they don’t say it but they know there will surely be a next time.