"Sex tips" 10 habits that are hurting your PENIS 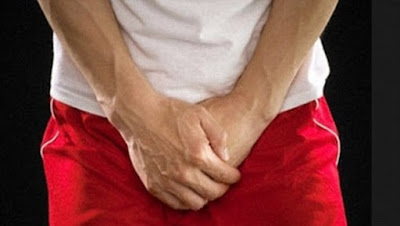 Since your penis is such an integral part of your manhood (it is your manhood), you'd think you'd be treating it right. But, you may have some seemingly-unrelated bad habits that are causing some serious harm. To make sure you’re not doing any permanent damage—or inducing any short-term holdups—take a look at these nine common habits hurting your penis and stop 'em today.


1. You're Not Exercising Enough:

Men who exercise more have better erectile and sexual function, according to research from Cedars-Sinai Medical Center.

The results—published in the Journal of Sexual Medicine—showed that men who reported more frequent exercise (about 18 metabolic equivalents or METS per week; or the equivalent of two hours of strenuous exercise like running or swimming; 3.5 hours of moderate exercise; or six hours of light exercise) had higher sexual function scores. Conversely, men who exercised less reported lower levels of sexual function. Here’s some added motivation to complete those muscle-ups.

2. You're Smoking Too Much:

Nix the nicotine. A British Journal of Urology study of 65 men enrolled in an eight-week “quit program,” were brought in for erectile testing before the quit date, halfway through the program and one month after the program’s conclusion.

Likewise, a 2014 study from the University of Sheffield analyzed sperm samples of 1,970 men. The researchers found that less than four percent of the 318 cannabis-users’ sperm were the correct size and shape. Poorly developed sperm are less likely to make their way to fertilize a woman's egg—keep that in mind, Smokey.

3. You're Not Getting Laid:

How’s this for a win-win: The more sex you have, the less likely you are to suffer erectile dysfunction, according to a 2008 study published in The American Journal of Medicine.

Researchers analyzed 989 men aged 55-75 over a five-year span. Men who reported having sex less than once per week had double the incidence of erectile dysfunction (79 cases of ED per 1,000) as men who have sex once a week (32 cases of ED per 1,000). But if you really want to help yourself out, shoot for three times per week (ED drops to just 16 cases per 1,000).

Scientists actually proved the greatest line from The 40-Year Old Virgin: If you don’t use it, you lose it.

According to a University of Michigan study, men who get an insufficient amount of sleep will experience a lower level of desire the next day and a lesser ability to reproduce (apparently your swimmers are sleepy, too) among other symptoms like poor concentration, fatigue, and weakened bone density and muscle mass, the Daily Mail reports.

A 2011 study from the University of Chicago even found that men who get less than five hours of sleep a night for a week or longer suffer significantly lower testosterone levels than those who get about 7-9 hours of shuteye. Your hormone levels can drop to that of someone 15 years older. How's that for a reason to jump in to bed before midnight?

5. You're Skimping on Watermelon:

6. You're Eating Too Much Junk:

In short, junk food is bad for your junk. A 2011 Harvard study found that men who indulge in processed foods high in trans fats (cookies, cakes, chocolate, chips, and fried and processed foods) had poorer-quality sperm than those who followed a healthy diet (whole grains, vegetables and fish). Clean up your diet with these substitutions.

Men who watch more than 20 hours of TV weekly have a 44 percent lower sperm count than those who watched almost no TV, according to a 2010 study from the University of Rochester.

The researchers found that healthy men who were sedentary, as measured by their television viewing habits, had poorer sperm quality because of their lack of physical activity.

8. You're Not Washing Off Sunscreen:

According to the National Institutes of Health (NIH), your sunscreen can help prevent your risk of skin cancer, but up your odds of suffering from infertility. Certain chemicals—UV filters BP-2 or 4OH-BP—which protect against UV rays, many reduce a man’s ability to reproduce by up to 30 percent. But don't use this as an excuse to quit sunscreen: The NIH says men worried about fertility should definitely still lather on the 'screen before going outside, but can do other things to minimize exposure to these harmful chemicals, such as showering or washing it off once you're back inside.

9. You're Dental Hygiene is Poor:

Researchers from the Journal of Periodontology found gum disease is seven times more common in men with erectile dysfunction. Bacteria in your gum tissue can travel through your body, inducing inflammation and damaging the blood vessels in your penis, according to the 2012 study. You’ll wish bad breath was the only side effect of your lazy dental hygiene.

10. You're Not Drinking Coffee:

A team of researchers from the University of Texas Health Science Center found that 42 percent of men who drink between 2 to 3 cups of coffee per day (85 to 170 milligrams) were less likely to report instances of erectile dysfunction. The study proved that caffeine helps relax arteries and the smooth muscle within the penis, which helps increase blood flow.