"Sex tips" 9 sex positions she wants you to stop 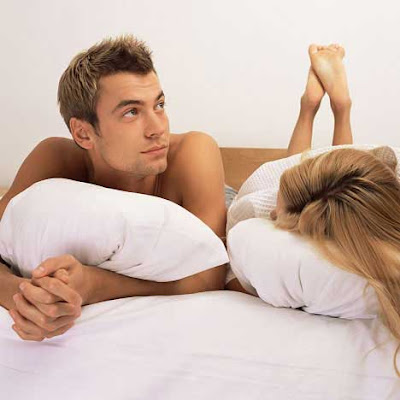 Playing around with sex positions is fun, but there’s no denying that so many of them just don’t work. Some are more logistically challenging than a game of Twister. Others hit weird or uncomfortable angles. And others are just plain odd. Of course, everyone has their own personal preferences, but there are some positions that tend to be less popular with women than with men. Here are some of the least favorite sex positions.

Standing sex is just plain uncomfortable. It only works if your bodies have are the perfect relative heights, and finding that combination is rare. Otherwise, you’re constantly slipping out or have no leverage for thrusting.

This position involves pinning your girl between your body and the wall, with her legs wrapped around your waist. This is another position that only works in extremely specific situations—namely, when you’re incredibly strong, and she’s relatively light. It takes so much effort to hold up another person’s entire body weight and slam in and out of them at the same time. If you show even the tiniest sign of a struggle, she’s bound to feel self-conscious.

This position (where she’s in Downward Dog position, and you're standing behind her) is ridiculously challenging to hold, and not pleasurable enough to warrant the effort. If she’s ever taken a yoga class, she knows how hard it is to stay in Downward Dog for even 30 seconds, much less 10 or 15 minutes. Even if she has the strength, she’s bound to topple over at some point or another.

Want to make Downward Dog even worse? Lift her up by her ankles so you’ve got her in a wheelbarrow position. It’ll give her a head rush and kill her wrists at the same time.

This position comes with a caveat: Missionary itself is great, but it gets boring really quickly if it’s the only position you do, every single time. It’s also not a great position for her since she doesn’t get a lot of clitoral stimulation. There are so many different sex positions. Mix it up!

A lot of women complain that 69 is just too distracting. Someone’s always having to crouch over the other person in an awkward position, or getting distracted and forgetting about the task at hand. It’s more fun to focus on just giving or just receiving.

We all have those fantasies about the bearskin rug in front of the fireplace, but sex on the floor tends to be incredibly uncomfortable for a woman. Her tailbone will get sore within a few thrusts. Unless you drag a mattress down onto the floor, there’s just not enough padding to make this position enjoyable.

The lack of padding makes sex on the stairs insanely uncomfortable too. If you have carpeted stairs, throw a blanket down to guard you against rug burn. Otherwise, just take the stairs up to your bedroom.

Woman on top is a lot of women’s personal favorite sex position, but the vast majority of women prefer to rest on their knees instead of popping up onto their feet. Being on your feet is a one-way ticket to thigh-burn central. Let her stay comfy on her knees.

:o I thought most girls love missionary. I hate the standing position too.