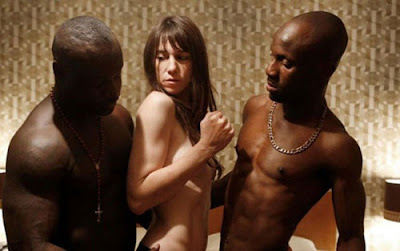 Dr. Michael Aaron, Ph. D., psychotherapist/sex counselor: Sex with a third person is tricky because it brings a potentially destabilizing element into the relationship. So when you discuss it with her, I’d focus on 1) creating a new fantasy experience with her and 2) her needs and pleasure.


That is, be sure it’s about bringing you closer, not providing a guilt-free way for you to have sex with another woman.

But: It’s best to avoid doing it with someone she knows or you could set yourself up for a problem: Are you comparing her with her friends? Do you desire someone else? Instead, let her pick the girl so you both feel secure.(sex advice)

Also, set the rules for kissing, oral, and intercourse before you get into bed.

Worst case, she laughs it off but you guys still get off to the porniest film on Netflix!