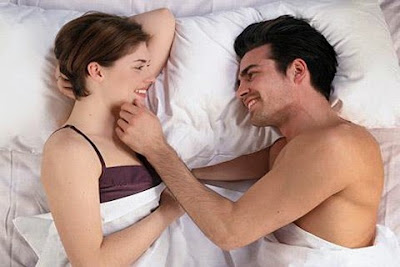 You had back-to-back meetings at the office, you somehow made it to the gym and you met your buddies for some brews. On top of everything you’re juggling on a daily basis, you also deal with the typical stresses that come from being successful and having an active, happy social life. And one way that you blow off steam?

In fact, when it comes to your girlfriend (or the leading lady of your life right now), you might find yourself wondering if she ever takes care of herself when you’re not around. Not only is it a sexy thought, but hey, it might help you understand what she fantasizes about or what gets her going the next time you meet for a romp. After all, watching her take care of herself is a first-hand experience into watching the stages of her orgasm: from how she gets wet, to how she moves, to what point makes her hornier than others, to how she finally reaches that grand finale.

As you know from your own experiences stroking one out, masturbation is not only an enjoyable experience (hello, orgasm on demand!), but it’s an educational one. By taking time to try new things, moves, pressures, oils and more, you start to have a clearer picture of what gets you to the point of ecstasy and what doesn’t. This not only makes you more satisfied, but it helps your sex life with your girlfriend, too. When your partner takes time to touch herself, experience new toys and allow her mind (and body) to be more liberated, your sex life will improve, too.

You might ask your girlfriend all sorts of questions on a daily basis: How’s your day? What are we having for dinner? Did you ever hear back about that job you applied to? The dog didn’t poop this morning, and I’m worried; what do you think? Keeping in contact with your partner is a huge part of a healthy relationship, but asking her the one thing you want to know can be tough.

How do you ask her if she touches herself without sounding like a total creep or like you’re only asking for your benefit?

Approaching the topic might be a tough one, but experts say it’s better to be honest and thoughtful when talking about her masturbation habits. Michael says that one easy way to approach is by trying the show-and-tell method. The next time you’re starting to get hot-and-heavy together, whisper in her ear: “It really turns me on to see you get turned on, baby. Do you ever get turned on when I’m not here and you’re by yourself?” In the moment, when she’s already in the mood, she might be more likely to be vocal about her desires, her fantasies and how she’s feeling or what she does.