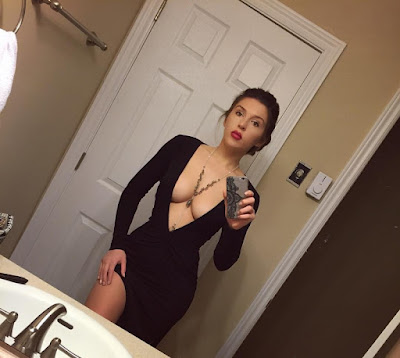 It was the first day of Summer vacation and I had a brand new Driver’s License waiting to be put to use. Problem was though that I didn’t have a car, at least not one of my own. I could borrow one of my Parent’s cars but since they both worked during the day my dreams of cruising around all Summer with friends quickly faded. Instead that first day of what should have been my Summer of Freedom was looking like it would be spent laying around the pool. That was what I was about to do when the doorbell rang.


I wasn’t expecting anyone so I peeked through the window first. A cute little red convertible BMW sat there in the driveway and for a split second I thought maybe Daddy had surprised me with not only a car but the cutest BMW ever. The “FOR SALE” sign in the window only added to my excitement. I swung the door open expecting to see Daddy smiling and holding up the keys, instead it was his friend Mark Osborne. Maybe Mr. Osborne was just delivering the car?

“Lilly?” he seemed kind of shocked to see me but I realized that he probably just expect to see his friends teenage daughter answering the door in a barely there bikini.(Sex Stories)

“Oh, hiya Mr. Osborne.” I spoke at him but my focus was still on that red convertible. Unknown to me was that his focus was situated on me, and the fact that the AC had the house cold enough that my nipples were poking against the fabric of my bikini top.

“Yeah that’s what I figured. I was in the area so thought I would stop in and say hi.” I finally looked away from that gleaming red symbol of freedom and caught him trying to not stare at my tits. “I brought the BMW out for a buyer to look at but it appears that the guy flaked out on me.”

“You’re selling that? Why?” I didn’t even care that he was probably wondering how big my tits were at this point.

“It’s my wife….well soon to be ex-wife’s car but it’s in my name. Petty divorce things I guess.” He laughed but it seemed like an uncomfortable laugh. I vaguely remembered my Mom had said something about the Osbornes separating and Mrs. Osborne had moved back to New York.

“I’m sorry about your wife.” I tried to sound sympathetic even though I knew it was a stretch.

“Oh it’s fine, trust me.” He flashed a more confident smile this time.

Mark Osborne has been friends with my Daddy since before I was born. Not like really tight, close friends but friends none the less. He was my Dad’s age but always seem to keep himself in excellent shape. Tall, muscular and extremely handsome I can’t say that I didn’t have a little crush on him when I was a little younger.

“Are you looking to buy?”

“Yeah right! Like I could afford to pay for that.”

“You have your license, right?”

“Great. Let’s take it for a test ride. At the very least you can drive it before you say no.” he held up the keys and smiled again.

Needless to say I accepted. I was downright giddy as I ran up to my room to change. I slipped into a pair of panties and a pair of cut off shorts that were probably way too short. I left the bikini top on, this is California after all. Mr. Osborne seemed to approve of my attire.

We drove, and drove and drove some more. First it was just around the block, then through the neighborhood. Eventually we made to some back roads before we pulled over at a clearing overlooking the city. I had fallen in love with this car before I even got it out of the driveway and as we sat there it dawned on me that there was no way in hell that I could afford it.

“So, what do you think?” Mr. Osborne was looking at me just as he had been the entire time.

“I love it! This is like the perfect car for me.” I was trying not to get too attached because I knew that I didn’t have what this car was worth. “I just know that I can’t afford it though.”

“Just exactly how much can you afford?” he was staring at my thighs, then at my bikini covered tits again.

“Well Lilly, not everything is about money. I mean I’m selling the car mainly as a Screw You to my wife but that doesn’t mean I’m going to just give it away.” At this point if he were just some random guy selling a car I would have totally offered myself up for the car. But he wasn’t some random guy. He was friend of my Daddy’s and while I was pretty sure that he would jump at the chance to fuck me I knew that there was also a chance that he would say no and then tell my father that his daughter was a slut.

We both sat there silent for a few minutes. I took the time to enjoy the way the seats felt, the gleam of the paint in the sunshine, the feel of a gentle breeze against my skin with the top down. Mr. Osborne though was taking the time to scan my body with his eyes. Reputation be damned, I wanted this car and decided to do whatever it took to get it.

“Um, maybe I can make payments?” I knew that that was highly unlikely as I didn’t have a job other than the occasional babysitting gig and my parents wouldn’t let me work during the school year. Besides, I’ve given it up for a lot less and to guys not as attractive as Mark Osborne.

“What did you have in mind?” he smiled. I think he knew damn well what I was thinking because he was thinking the same thing. He just didn’t want to be the one to proposition a 16 year old girl.

“Well, I can give you what I have as a down payment….” I leaned in closer, letting my hand slide up his thigh. He moaned and pushed my hand onto the bulge in his pants. “….then maybe I can work off the rest.” He was hard. I mean like fully hard, and throbbing. I didn’t wait for a “YES”, instead I pulled His cock out and started stroking it. He was bigger than I imagined.

“MMMM you sure about this Lilly?” I nodded my head and used my free hand to pull my bikini top down to expose my tits. “Fuck! Those are fucking perfect!” he pulled me to him and started sucking and nibbling on my nipples. I kept working his thick cock in my hand slowly.

I positioned myself so that I was kneeling in the drivers sat and leaned down to lick the head of his cock. He was already drooling so much pre-cum that he was slippery. I felt his hand on my back, sliding down to grope my ass. He was roughly grabbing each cheek before putting his hand on the back of my head, he pushed down and slide his cock between my lips.

I could hear Mr. Osborne moaning and myself sucking and slurping. His cock seemed to be getting even bigger the more I blew him. One thing about me is that I love sucking a big, meaty cock and Mr. Osborne’s was exactly that. My young little cunt was salivating.

“MMMMM you wanna fuck me?” I looked up at him and purred. He flashed a wicked grin and pulled me up to him, his lips mashed hard to mine and he f***ed his hand between my thighs. I moaned into his mouth when he roughly pawed at my wet pussy through my shorts.

“MMMM never would have guessed that you would be such a little slut.” He growled into my ear while he worked my needy little cunt into a lather. His words were as rough as his hands and I fucking loved it.

“If you like little sluts Mr. Osborne….I’m just getting started.” He growled again and pulled me from the car, and lifted me up. I latched my legs around him and kissed him hard again. I wanted his cock. He set me down against the back of the car and spun me around. My tits mashed against the warmth of the car body and I felt his tugging at my shorts, baring my ass to him.

“MMMMM fucking perfect.” He exclaimed as he felt up my ass. My cunt was waiting, needing his touch but he was almost teasing me.

“Please what?” he answered as he slid his throbbing tool along my thighs.

I felt the tip of his swollen head pressing against my shaved mound, I was so wet he slide against me easily but still not yet penetrating me. Then he did, and he took me roughly.

“So fucking tight!” he moaned as he started to pound into me, his hands on my hips to pull me onto him as he rammed towards my tight 16 year old cunt.

“Ohhhh yesssss! Fuck me! Fuck me Mister! Fuck me like a whore!” his hands slid up my body and his fingers dug into the flesh of my young tits. Using them guide me onto his thick cock as he continued to plow into my weeping little gash.

“Take it Lilly! Take every fucking inch!” he started almost babbling, lost in the feel of my tight, velvety teenage fuckhole.

“You going to be my little fuck toy?” hand pulling my head back by my hair. I had all but forgotten about the car, lost in the feel of being used by this man old enough to be my Daddy.

“Yes! Yes! Ohhh fuck……cumming!” I screamed. He slowed his pace and held me as my body began to react to my orgasm. Squirming in his arms, my pussy flooding his cock with my juices.

“Noooo don’t stop! Don’t! Keep! Fucking me!” he grunted and started working against my constricted cunt again, jackhammering against me. My body smacking against his loudly until finally he announced he was close.

We got dressed and headed back to my parent’s house, hashing out the details of our deal as we went along. He would give me the car and I would meet up with him twice a week to be his little fuck doll for the day. It ended up being a great deal for the both of us. I got a great car and some great sex and Mr. Borne got me, lol. BY the end of the Summer Mr. Borne and his wife reconciled but that didn’t end our deal. He bought her another car and I ended up fucking him for a few years.