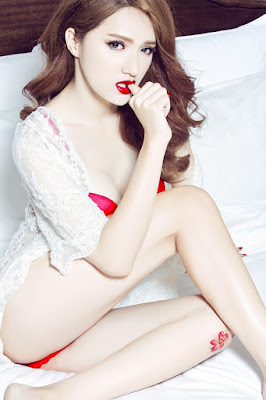 
Sarah solved this by providing them a safe outlet. She was a virgin of course, but she offered her hands, mouth, and breasts for men to release their urges without having canal knowledge of prostitutes or another man's wife. On rare occasions, for extreme cases, she has offered her asshole. She loved what she did, but in her own mind it wasn't sexual. That would be a sin. She simply enjoyed doing God's work. The feeling in between her legs when a stranger man busted a nut all over her was holy, because she prevented worse sin. Her previous client had jizzed on her face. He had been very adamant that it was what he needed. She almost always swallowed, feeling facials or cum on her tits was a waste. If a man wasn't using his fluid for godly means such as reproduction, it should at least be put to some use. Sarah disliked the taste, but something in her made her love swallowing. Again, she wouldn't admit it was anything more than a sense of duty.(Porn Stories)

Her most secret thoughts wish she had a client now, in such straights that he needed her anally. Her butt puckered. She immediately pushed the thought away. She instead wished that no one would ever need that. She was her to solve sin, not create it.

Not 20 minutes after he left she had a new guy, named Mark. He explained he had heard of her and needed her help.

"I have been married for 14 years, i have a date with this 20 year-old. We are supposed to go out as friends, but she has the perfect body and will wear sexy clothes and she already said she doesn't care if i fuck her. I need to do something before my date. I don't want to cheat."

"Ok," Sarah said. "I will let you use my mouth," she said, rubbing his pants. He was getting hard. And he was BIG.

"Thank you," Mark said. "That will be a nice start." He unzipped his pants. His huge cock flopped out. It started to grow when she touched it, stroking it gently. She put her mouth on it and it grew much larger and harder in her. Sarah's soft holy lips pulled along the shaft of his cock. He loved her wet nun mouth. He grabbed her head, and began fucking her head.

"You are sooo good, s****r. But this babe has the tightest ass and pussy in the tightest clothes. I am going to need more than this"

"Like what?" She asked, knowing well he wanted her butt. She got really excited. Sarah wanted her ass filled to the brim. She was immediately ashamed. But why had Jesus given her such a shapely rear, with a tight hole the perfect shape and size of his cockhead.

"I need it in something, anything. Can a woman of God do that?" Mark asked. He wanted to deflower her so bad. But when she lifted her habbit and he saw her perfect ass in a black thong, he liked that more.

"You can't have me canallly. However, you may enter my posterior, if you need." She spoke very monotone, unconcerned. She had to hide how much she wanted it.

"Yes, Holy s****r," he said. He pressed his throbbing hard cock against her tight pucker hole. He pushed it in slowly. Oh GOD, he thought, I'm fucking a NUN in the ASS!! He pulled her hips back. His stiff rod held fast, while her tight hole grew as it expanded around his dick. He started thrusting. He pounded that nun-ass hard. He was getting so hot from stuffing her tight butthole. It was a few minutes until he realized she was loving it too.

"OH GOD!!!!" she moaned. The f***e of his cock pumping in and out of her ass. Her toes and fingers curled. She came, for the first time in her life. She lost control and began slamming her ass onto his cock. She loved it going in deeper and deeper. "Fuck me in the ass!! Yes, please, fuck me like a whore!"

"What?" he said. He couldn't believe it. She wanted so bad.

Mark left and went on his date. He didn't cheat on his wife, he was too drained. But he did make another appointment with s****r Sarah