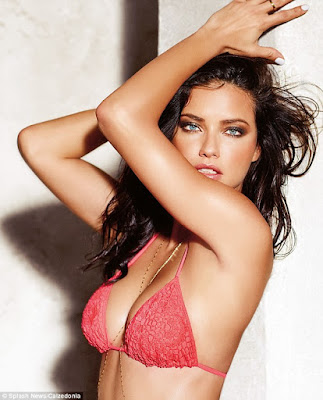 I'm not sure what brought it on but I was smart enough to not question it. My wife came to me one evening and told me that she wanted me to set up an anything I want night.

I said anything? She said anything. I told her I'd have to give this some thought. She said take your time and when you are ready let me know.


I started listing some of favorite things. At the top of the list was my wife in pantyhose. In fact her legs are the very first thing I noticed about her the first time I saw her. Then second on my list was the thought of her acting perfectly innocent all the while having her pussy full of another man's seed. And a strong third is when she flirts or shows her body to my friends
So now I just need to sort it out into my ultimate evening. (Adult Stories)

I managed to write it down just how I'd like it to play out and left it on the fridge before leaving for work one day. When I got home that night I noticed it was gone from where I had left it. I gave her a couple of weeks before I told her that I was going to invite the guys over to watch football this Saturday. She said OK I'll need to go shopping to food and beverages. You handle that I said and I handed her three hundred dollars to get what she needs.

I had let the word out that this Saturday at my house it was football , food, and adult beverages. I actually had two of my friends ask if he could bring their wife. I said no this is a guys day. They understood and said they would be there.

Saturday my wife was busy in the kitchen making Buffalo wings and setting up the table with all sorts of snacks. She had brought my big Yetti cooler in and filled it with ice and beer. Everything was ready for my friends to arrive when she said I need to go shower and get dressed. She then kissed my cheek and went into our bedroom and closed the door. I grabbed a cold beer and changed the channel to the game. I thought of something I wanted to ask my wife but when I tried the door to our room I found it locked. I thought well OK she doesn't want to be bothered.

Right on time my buddies started arriving, I showed them where the beer was and we started snaking on chips and dip. Mike asked me if I put all this together? I laughed and said no my wife did . Funny thing is when I mentioned my wife it seemed to get all the guys attention. Mike asked where she was. I said she is here and she will be serving us. That brought on a cheer from the guys. We had all gathered in the den when the pregame show came on.

I heard the bedroom door open and from my seat I could see down the hall. My wife came almost bouncing in and told all the guys hey. They all stopped talking and turned her way. She was wearing a Hooter uniform. She held her hands out and as she asked how she looked she did a very slow turn. She is five foot four and weighs an even one hundred pounds. Her thirty four B cup tits where definitely braless and the small tight tank top did nothing to hide her hard nipples. Her legs where covered in shinny pantyhose and the tiny orange shorts crossed her ass cheeks leaving half of them exposed. She even had the thick white Sox and tennis shoes.

Then when she was sure every guy had checked her out she put her hands on her hips and as she slightly arched her back causing her tits and nipples to almost be offered up for inspection. She announced she would be our personal waitress. The guys all cheered. Then she left to attention to the food in the kitchen. All the guys looked at me and Bill said you lucky mother fucker. I played innocent, what I said. He went on to say when you offered to have us come over you never mentioned that we would have hard ons all day. Andy punched him and said mind your manners you pig. I laughed and assured everyone that it was completely cool. I told them she loves showing off her body and she may even flirt some. Oh yeah Bill said.

As the game came on and we all were having a great time the beers were being killed and the guys kept making trips to the kitchen for food. In my mind I was thinking about my wife, she was flirting and she had on pantyhose that's two off my list but I couldn't help but wonder and that third item. Some how she was going to need to get one of these horn dogs to empty his balls into her pussy. I sort of half assed kept an eye out to see if I could figure out who the lucky guy would be. When the half time show came on we all attacked the chicken wings at the kitchen table. I told the guys we have to eat them in here. The furniture and carpet don't like hot wing sauce.

After the game came back on we had all settled back down to watch it. I got up to go piss and on my way back to my seat I turned and went into the kitchen. My wife was putting some plates in the dishwasher and as she was bent over I came up behind her and bumped her ass with my crotch. She wiggled her nylon covered butt cheeks at me. As she stood up I kissed her neck and told her I was having a big time. She said well I managed to do everything on your list. I said well almost. She said what do you mean? I said well your legs are a big hit in those pantyhose and you have definitely been flirting but there's that one last thing. She knew what I was talking about but she said what other thing? I said you know and I sort of pointed at her crotch. She said say it. I said you haven't been...Umm you know. She I haven't been what? I said you know I like it when you walk around fully serviced. Oh that she said then she kissed my cheek and as she turned on the balls of her tennis shoes to walk away she said that was taken care of over an hour ago.

I could feel the b l o o d fall from my face. She looked back and saw the expression on my face. She blew me a kiss. I went back in the den and sat down. She knew from that point on she had me under her control. She knew where my mind would be the rest of the evening and she made sure to over do her actions. She would bend at the waist to pick up a dropped napkin or stretch her back causing her nipples to stand out. All the while under extremely close watch by my guest. I had to know who's cum she had in her pussy. I tried a couple of times to get her alone and ask but she was to smart for that. Once when the coast was clean she rubbed her crotch very hard and made a orgasm face while I watched. She was killing me and she knew it.

After the game was over the guys started leaving. I walked out to make sure each one of them were OK to drive. As I was about to go back in John came out and told me he had a nice time he was the last vehicle. It had to be him I thought. I went in and straight to find my wife. She was wiping off the kitchen table. I put my hands on her sides and kissed the back of her neck. She bumped her butt back at me. I turned her to face me. I looked into her beautiful blue eyes and said you are absolutely the most sexy creature in the world. She smiled and asked if I had a nice time today. I rubbed the front of her little orange shorts and said I don't believe you have been fucked. She shrugged her shoulders and said you wanted me to so I did. Then as she walked pasted me she said three times.

She kept the Hooters outfit on untill it was bed time. She had me get in bed while she undressed. When she pulled her pantyhose down there was obvious traces of seaman in the crotch. She got into bed and sat her pussy right on my mouth. It had a strong smell of a mixture of her pussy ,ass , seaman ,and ball sweat. She was a bitch in heat , she smeared her nasty pussy all over my face. I flipped her over and rammed my dick into her all the way to my balls in a single thrust. I almost immediately begain shooting my load. She was so loose I couldn't feel a damn thing. Some time during the night I woke with a hard cock. I eased it up her still relaxed pussy. I actually fucked her for several minutes before she woke up. I whispered to her that she was a fucking slut and her pussy was ruined and loose. She wiggled her naked ass against my soft penis and told me thank you baby.