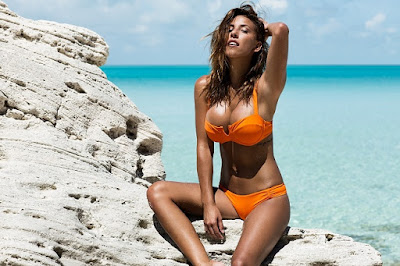 I slipped the key into room 503 and jiggled the lock. The well worn lock resisted at first. As the pin tumblers engaged the lock begrudgingly let me in. I was horny as hell and it had been slow getting laid lately. The night before had been a complete waste of time. I tossed my backpack in the corner and quickly stripped down. I tossed my clothes on top of the backpack and pulled out my lube and poppers. I lubed my ass hoping it was mostly clean. I had cleaned out prior to leaving the house and thought I was good to go. As luck would have it I barely made it to my counselors office. The rough road had jiggled my insides. I barely got to the toilet before my gut let go. That usually meant things wouldn't be squeaky clean.


I grabbed my towel and headed for the bathroom to piss. I figured I would go down to the hot tub and at least soak for a few minutes and let the hot chlorine water wash my ass good.

As I entered the bathroom a black man was walking out. He was built like a Mack truck and smiled at me. I smiled back and darted to the urinal.(Adult Stories)

After finishing my business I decided to walk around and see who was here. I couldn't quite tell if my gut was done tormenting me or not. I absolutely hated being a messy bottom, but didn't see much of a choice.

I was beginning to think maybe it was dead. I walked through the maze and didn't see anyone. I rounded the corner and headed back towards my room. About 1/3rd of the way down the hall I saw Mr. Smiley Mack Truck. I smiled again and he smiled back. I walked a few steps past him and stopped. He had done the same thing and then started to walk back to me. He stopped next to me and asked how come I had such a nice ass. I smiled and said, "Thanks, want to fuck it and find out how nice it feels?" I grabbed his cock and felt how thick it was. He said, "Sure." I replied, "room 503." I turned and walked to my room with him in close pursuit.

We both walked into my room and he threw his towel on the bed by the door. I tossed mine on my bag and turned to him. I dropped to my knees and started sucking his cock. It was even bigger than I had expected, probably 5 wide and a touch over 9 long. He adjusted his cock ring and started to gently work my mouth and throat. After a few minutes he pulled me up and told me to bend over the bed.

I grabbed my lube and poppers hastily. I lubed my ass up and lubed his cock good. It was damn big and I wasn't sure if I could handle this as my first dick for the night. I took a couple of deep breaths from my poppers and then got on all fours facing the wall with my ass towards him. He placed his big thick hands on either side of my hips and pulled me gently against his cock. As I hit my poppers again and prayed this wouldn't hurt too much he pulled my hole over his cock. I felt my ass stretch and my guts churn. He was experienced and knew how to work that cock. He quickly opened my hole and wasted no time in starting to pound me. He was one of these guys who liked to bang your ass and drive his cock all the way in.

I'm not sure if my ass went numb or the poppers just kicked in, but after a minute or two of wondering if my ass was going to explode on him things evened out. He was pounding my ass good and hard. I was sure anyone else in the club knew I was getting fucked and fucked hard. He wasn't talking much and neither was I. I was moaning as he pounded me and he was moaning occassionally in response to my hole squeezing him. After about 10 minutes he stopped and just froze. I could tell he was edging now. He waited maybe a minute and then started again, slowly at first, but then quickly reaching a tempo of pounding on my hole.

This went on for a few cycles. Finally I was ready for him to cum so when he stopped to edge I started working his cock with my ass, pushing back on him. I was hoping it would push him over the edge. I was right. He groaned in pleasure and then leaned into me and started pounding me as hard as he could. After about a minute he thrust himself into me and I felt his manhood pulse as he planted his seed deep in my gut and held it there. I stayed frozen, just taking his load in. This was that good fuck I had been craving. He held his cock in me for what seemed like a long time. After probably only a minute he pulled out.

As he pulled out of my ass I felt something squirt out and thought, oh shit! I was terrified that I had just shot a blob out on his feet or the floor. I immediately apologized and turned the light on dimly. He asked what was wrong and I explained that I thought he had disturbed the order of the universe and I wasn't sure what had popped out besides his dick. He laughed and said it was probably his seed. I think he was right because I didn't see anything nasty or smell anything vile.

He told me I had a fantastic ass and that he had really enjoyed it. I told him thank you and asked if he lived nearby. He said he did and that he wanted to hit my hole again. I smiled and asked for his number. I put him in my contacts and sent him a text.

As I wrapped up I stood up and rubbed his shoulders a bit. He was covered in sweat, but built so well! I leaned in closer to him and licked his nipple. I kept licking and then nibbled a bit. I switched to the other one, enjoying playing with my ebony stud. I looked up and realized he was enjoying this as much as I was. I stood up and nuzzled his neck a bit, not entirely sure if he would return the act. Some guys were affectionate and some aren't. He didn't object at all. I worked my way up and gave him a quick kiss on the lips. This was the moment where I'd find out how affectionate he was. He didn't flinch at all. The next thing I knew we were making out hard core. He was a great kisser. Intense sex and Intense kissing were huge turn ons. Apparently not just for me either. I noticed his huge cock was hard again and so I grabbed it with my right hand and stroked it a little bit. I asked if he wanted to fuck again.

He didn't hold it in for a while this time. While he was still in me he grabbed his towel and started drying off. When he got down to his midsection he pulled his cock out, wiped it off and cleaned up. He thanked me again, wrapped his towel around his body and walked out the door.

As I lay there in the darkness, listening to dance music blaring through the speakers I heard my phone buzz. I reached for my phone and unlocked it. I had a text message already from the stud who's seed was oozing out of my ass. That was a good sign and suggested I would get bred again by him someday.