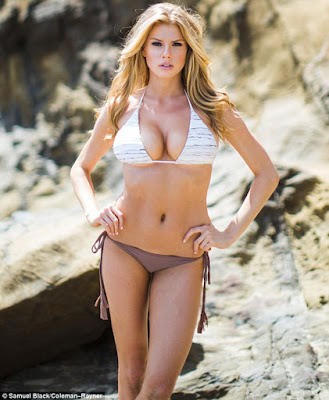 I introduced my lovely little wife to cuckolding way before I knew it had a name. Back then I didn't know it was actually a lifestyle. I've always enjoyed showing off her tight one hundred pounds by constantly buy her sexy things to wear. I'm not sure she realized the direction I was pushing her. Her thirty four B cup tits are perky so talking her into not ever wearing a bra was easy. She wears a size five in ladies cloths but I discovered when I buy her size three in certain things it looks so much better.


Every spring we go through our dresser and pull out the winter cloths and put up our warm weather cloths. I usually always start this so any of my wife's things that I'm not fond of I toss out without her knowing. That way I can buy her something I'd rather see her in. Like a pair of blue jean shorts, the style that has a one inch inseam. I can buy her size three and it fits her like a coat of paint. And most of her tops are either cotton tank tops of short T shirts. Either one shows her braless tits off.

All my friends were always telling me in front of my wife how lucky I was to have such a hot wife. She would always find so reason to come out to my shop when I had a friend of two over. He " uniform" of choice was usually tight shorty shorts and a white tank top tucked in the shorts so it was tight. She would always wear a little belt and white sox and tennis shoes. The white sox and white shoes helped amplify her tanned legs. Her nipples would always get hard once she was sure everyone had checked her out.

One afternoon she and I were relaxing on the deck looking out at the pool. She was wearing a very short cotton sun dress I had bought her. She had her feet proper up on a chair so her legs held her magazine up. This allowed the short dress to hang away from the backs of her legs. I had noticed I could almost see her pussy when I came up from the pool. I mentioned that to her, I said if your legs were slightly apart I could see your panties. She looked up from her reading and said no you couldn't I'm not wearing any.

I heard a car door close out front so I told I'd go see who it was. I stopped by the fridge while cutting through the kitchen. When I got to the front door I noticed Williams truck in the drive way. I stepped out on the front porch to greet him but he wasn't anywhere to be seen. That's strange I thought, so I headed back through the house toward the deck. What I saw froze me in my tracks.

There was William standing about where I had stood earlier and he was talking to my wife. I could see that she had let her legs apart as if she wanted William to see she wasn't wearing panties. I watched for several minutes and it was obvious William was getting a good look at my wife's shaved pussy. I went to the fridge and grabbed two more beers and pushed the patio door open.

Hey buddy I said, I saw your truck out front and thought you'd like a cold beer. I handed the beer down to him. Our deck is the perfect height, his cheat came right about the deck floor. I know he could see up my wife's dress.

I said come on up and have a seat he said well OK. I know he didn't want to leave his pussy viewing spot. After we had killed those beers I went and got more. He and drank several and on one trip I mentioned I needed to piss. So I took extra long just to see what would happen. He was telling my wife something but I couldn't hear from inside. She apparently liked what he had said because she spread legs and raised her dress up. She was obviously showing him her pussy on purpose. I figured as soon as I opened the door they would go back to acting normal. But I was mistaken. I looked at my wife with a puzzled look. She smiled and said Oh, I'm just showing William my pussy. I can see that I said as I handed William his beer. He said I've been trying to get my wife to shave hers and your wife was just showing me how it would look.

I sat down and I said you can't see that well from there, I said honey stand up and take that dress off. I know it was the alcohol talking and I'm sure it was the alcohol that caused her to do it. She stood up and pulled the sun dress over her head and tossed it to me. William and I were treated to my wife's beautiful tanned body. The only tan lines were where she had been wearing a thong.

I said turn around and let William see your ass sweetheart. She turned so her ass was facing him. She said can you see my pussy or should I bend over, then she bent at the waist and put her hands on her knees. I sat back in my chair and slowly took a sip of my beer then I said that is a beautiful pussy isn't it William? He said it sure is. I said it's tight too. He said I bet. I said I can't go over ten minutes with blowing my nuts . He said I can understand that completely. I said I love how she looks from the front with her pussy shaved. I said show him honey what I like. She stood and turned to face him. Her legs together. She began telling William that hubby likes this and she pointed at her thigh gap. See she said when I stand with my knees together there's a opening up here at my pussy, my thighs don't touch. Setting back acting all confident I said it's that the most sexy thing you've ever seen. William noded yes. I said we are almost out of beers I'll run to Al's package and get some. He started to get up and I said I got this I'll be back in a half hour.

I drove to Kroger it's closer and grabbed two twelve packs, at home I parked on the street and closed my door real easily. Once in the kitchen I looked out on the deck. Sure enough my wife was setting in his lap. She was moving like she was fucking him but his pants were still up. He was playing with her titties. I watched untill she stopped, she sat still for a moment then slowly stood up. His cock just kept on coming out of her pussy. Finally it fell free and he quickly started shoving it back in his pants. My wife just stood and watched him.

As soon as he zipped his pants I made an sound and then opened the door. Holding the two twelve packs up I said we have beer. Williams face was flushed. I turned back into the kitchen and put the beers away . I brought each one of us a cold one. As I handed William his I said buddy are you feeling OK you look pale. He said nervously no I'm fine.

As I sat down I said something dawned on me as I was walking in the package store. What , my wife asked. I said it dawned on me I had left my totally naked wife alone with one of my buddies. Should I have been worried I asked. William quickly said no it's cool, I'm cool, umm we are cool. Dude calm down I said, you act you just pumped your balls into my wife's pussy. He gave a nervous grin. Then he said can I use your rest room? I said you don't have to ask, everything mine is yours my good friend. He went in the house and as soon as he did I told my wife to come to me. I turned her to face away from me and pushed her back to make her bend over, then while setting on the edge of my chair I buried my face in her creamy pie pussy. I held onto her hips so I could mash my face in harder. I sucked her pussy clean in one minute. Then just as she was standing upright William came back out. I was wiping my face and said wow buddy you almost caught me eatting the wife's pussy. He snapped his head to look at her. She smiled at him. I said set down its cool. And just as he got seated I said I enjoy eatting her pussy after it has been fucked. All the color ran from his face. I said take it easy buddy, I left you two here to fuck. I'm impressed you are man enough to actually do it. I looked at my wife still standing there naked. Sweetheart was his cock big enough? She smiled and said it fit my pussy perfectly. I said well then, let's go inside and do some more fucking.

I watched William fuck her for over an hour. Her on top, him on top ( my favorite ) and he even fucked her doggy style. I had him lay flat on his back and told my wife to set on his cock. Once she was impaled on his dick I pushed her down on his chest. I ran my finger around her sloppy pussy and felt how tightly her cunt was holding him. Then I took that pussy juice and smeared her butthole. I pushed a finger in then two , after I had gotten three in I pulled my dick out and pressed it against her butthole. I told her to relaxed and let me in , as she gradually relaxed my dick disappeared into her body. As soon as I was in all the way to my balls I said let the fucking begin.

After than William , my wife and I all sat around naked and talked about what we had just done. I noticed Williams cock remained about seven inches long even totally soft. My wife informed me that she would be inciting William over during the day while I'm at work to fuck her. I looked at William and said is that OK with you? He answered by saying if it's OK with you. I said well it's a done deal.

Now two or three times on week days he come by to have sex with my wife, and almost every Saturday he comes by. She is so much happier now that she is getting all this cock.