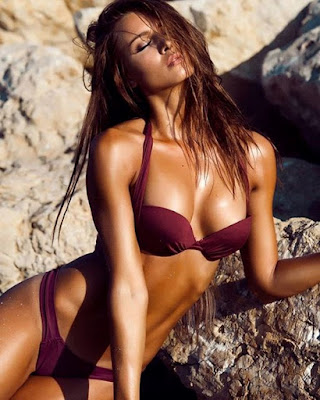 My mother told me one afternoon that her friend, Linda needed some help and that she had volunteered me to assist her.

Linda was living alone since her divorce years back. I was too young to remember her ex-hubby or why the divorce happened. She was now older and to my knowledge she did not have a man in her life.


I had not looked much at her, until I was well into my puberty. I was a late bloomer, so I it was not until I was about 18 when I looked at her as a woman instead of this f****y friend.

Linda had a pretty big ass and she was also well developed on the top. I guess you would call her a curvy woman. She was now in her late 50s. To be honest, after I noticed her as a woman I had been masturbated on many occasions. More than once, Linda would be over at the house and I would check out her big firm ass. I would start to get an erection and would sneak up in the room. Behind the closed door, I would pull out my hard cock, close my eyes, and then beat off with images in my mind of Linda's big ass!

So it felt kind of funny going over to Linda's house. Linda opened the door before I could even knock on the door. She was dressed in some old clothes and looked like she had been working all day on the house. Most of the time I saw her, she would be dressed up and looking very fancy. This was a change, but she still looked good. (Adult Stories)

She had a room in the back of her house that was a spare bedroom, but worked more as a storage at this time. This was the room we were going to sort out and organize better.

Linda need most help with moving the boxes around so she could check out what was in each box. She told me that I could move the boxes to the living room and then we could sort them out there before we proceeded.

Linda's dress was not showing too much, so that made it easier for me not getting turned on. But her top was loose and her tits were showing every time she leaned over. I had to look away so that I would not risk an erection. Linda was not aware of my situation and I had no desire to bring this to her attention either. I figured that she would be offended and then tell my mother about my bad behavior.

I brought out all the boxes into the living room and Linda came out to start sorting them when I was about half way done. She asked me to bring the rest of the boxes and then come out to help her.

The boxes I have moved seemed to be the least used boxes. I now got into the boxes that she had told me might not need to be sorted, but she still wanted them out in the living room.

Linda was in full swing sorting things when I brought out the first set. I went back to the bedroom and just as I was going to lift this one box, I did not hold the bottom of the box, so when I lifted it the bottom feel out!

I managed to gather all the stuff and put it back on the box before I heard Linda coming down the hallway asking what noise that was.

I called out and told her I had dropped a box but that it was OK. I held a couple of pictures of Linda in my hand and quickly had to hide them in my short pocket.

I did not want to turn around when she came into the room so she could see my hard cock in my shorts. It was like a tent pole in my shorts.

Linda said she had to use her bathroom, walked by the spare bedroom.

I took that opportunity to sneak into the bathroom in the hallway so that my erection would come down. I pulled out my cock as soon as I closed and locked the bathroom door. I realized that I had the pictures in my pocket and pull then out so I would not damage them.
With one hand stroking my hard cock and my other looking at the pictures I had brought with me, I realized I had a chance to wack off while looking at Linda fully nude and even with the dildo in her. As I stroke my cock and flipped through the images, I got to one where Linda was sitting on a big cock, facing the camera and a wide huge cock was inside of her. Her big tits where halfway out of her bra and I could see the guy's hands on her hips, next picture was taken seconds after and the whole fat cock was buried in her pussy.

I wanted that cock to be mine, to be buried inside of her pussy just like this lucky guy.

I stuttered that I was sorry, but the box had fallen apart and that I could not help getting excited. I could hardly talk, yet I was not able to stop babbling about how sexy she looked both in the pictures and in real life. I managed to confess that I had masturbated with her on my mind so many times and now when I got to see these pictures I could not help myself.
I was surprised that my erection did not come down when being found, embarrassed, and scared. Maybe because I had been so close to cum, or maybe because I was so turned on by the images. Linda held my cock in a firm grip and only looked at me.

Then she asked what it tasted like? I told her it did not taste much at all.
She laughed and said it was because she had not used it for awhile. She pulled it back and let go off my cock. She told me not to move!

She pulled it out and asked what it tasted like this time. I whispered it tasted good....

She stood up and told me that I had to do what she wanted if I was to avoid her calling my parents!

I told her I would do anything she wanted. She laughed and told me of course I would do what she wanted me to do.

Linda let go of my cock and balls and told me to take her panties off.
She laid back on the bed and lifted her legs. I carefully pulled off her panties as my hands shook and I felt overwhelmed.

Next she wanted me to lick her pussy. I put my head down between her legs, but I had never seen a pussy before so I did not really know what to do. Linda told me to kiss her pussy. So without hesitation I started to gently kiss her hairy pussy. Then she put her hands down and spread her pussy lips apart. She asked if I had touched a pussy before? I told her I had never seen a pussy in real life, but I had seen them on the web and videos.

She told me to use my tongue and lick her. I ran my tongue up and down her pussy, lapping up her juices and feeling my cock twitch.

I noticed that Linda had different reactions from how I licked her pussy. Soon I started to understand how much she liked something and started to work on giving her more pleasure. I was so turned on by the fact I was face down in my mother's friend's wet pussy.

Then I discovered Linda's clit. I started to flick it with my tongue, then I sucked into my mouth and I felt Linda's hands on my hand pressing my face into her pussy and grunting that I should not stop. she moaned that I was a quick learner.

Then I felt her stiffen up and her pussy was gushing out wet juices over my chin. Her legs went around my head and her hands pressed me into her so hard that I could not breath. Still I kept sucking her clit and then she arched up and her orgasm hit her hard.
She tensed up and then relaxed.

I did not know what to do, so Linda looked at me with glossy eyes and told me I was going to get my reward now.

She motioned me to stand up and come closer. She reached between her legs and grabbed my cock. She put my head at her wet opening and told me to enter her. I pressed forward and started to slide into my first pussy ever!

But it was too late. I erupted in my first pussy less than 90 seconds after I entered her. It felt like my orgasm was never going to stop. But this time I was pounding Linda's wet pussy with f***e and power. Linda moaned that this was the best fuck she had ever had and asked why I had not fucked her before.....?

To great thing about being 18 is that recovery is not much of an issue. My cock never even soften one bit. So when Linda realized that I was not going to shrink and be pushed out of her wet, now ever wetter, pussy, she hugged me close and met my thrust with new intensity.

It must have felt so good for Linda that within a few minutes she started to tense under me and I felt her pussy getting real tight. She was cuming over my cock! She was so turned on that she had trouble laying still under me, she was shaking and rolling.

Somehow, my cock slipped out and she turned sideways. I was behind her big ass, one leg was pulled up, and her pussy was exposed. I grabbed my cock and put it back into her. I had my hands free now to touch her body. I felt her leg with one hand and caressed this huge ass that I have longed for since puberty hit me. My cock went very deep, I could feel her cervix on my head when I bottomed out. Linda jerked and told me to be careful. - Your cock is too huge, you will tear me apart, so go easy on me.

I moved my hand up over her leg and found her belly. She still had her dress on, so I had to get my hand under the dress to feel her tummy. I continued up to her breast and she moaned when I tweaked her nipple in between my fingers. All this while I was pumping in and out in a steady pace.

Linda and I work on a lot of projects nowadays. It is quite amazing how much work is needed in her house. My parents are so proud that I am helping out this single lonely older lady. They have no clue that she is the best fuck in town!