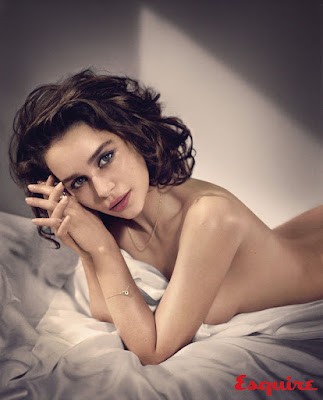 Our regular visitor, David was due that weekend. Hazel always looked forward to his visits as he was a good friend as well as a very sexy partner for her. Although she always made a special effort to look sexy for his visits, this time she had something special planned. Earlier that week, while we had been shopping in a nearby supermarket, and surprisingly, we'd found some sexy outfits. One was a sexy nurse costume and as it was a lot cheaper than the ones found in sex shops, so we decided to buy that and a couple of others. She tried it on when we got home and looked great in it. There was a zip down the front and she lowered it enough to show the lacy red bra she was wearing under it. She looked amazing and it took all my self control to keep my hands off her but we both wanted David to be the first to enjoy her in it. She finished off the outfit with red panties and suspender belt with white stockings.


When David arrived, Hazel went into the bedroom and put the outfit on. David was sitting on the couch, his back to the door, when Hazel walked back into the room. She placed her hand on his shoulder and, when he turned round, I really thought we were going to have to send for the real paramedics. His face was a picture, totally speechless. Hazel smiled at him. “It looks like you could do with a nurse,” she laughed. David was dumb struck as she took him by the hand and led him back into the bedroom with me walking behind them, camera in hand. (Erotic Stories)

“I think we need to get you to the examination room,” she laughed as she led through the door. “Would you strip down to your boxers, please,” she laughed. David was down to his tight black shorts in no time flat. “Lie on the bed please,” Hazel instructed. “Now open your mouth please, I need to take your temperature,” Hazel said as she produced a thermometer from her pocket. David did as he was told and it was clear from the bulge in his boxers that not only his temperature had gone up. “Mmm,” Hazel laughed, “seems a bit high to me. I think I need to double check it.” She pushed the front of his boxers down, uncovering his erection. “Just as I thought,” she said, “you have a definite swelling here that needs some attention.” David was just lying back on the bed, hands behind his head enjoying a nursing treatment that you definitely couldn't get on the NHS.

“Oh my God,” Hazel said, laughing. “This is worse than I thought, your swelling is weeping.” The weeping she was referring to was the pre-cum oozing from his knob. “I'll have to clean that off before I can do anything about the swelling,” she said, as she lowered her head and covered his knob with her lips. Now Hazel had sucked David's cock many times before, but this was different, this was part of role play and he just closed his eyes and moaned softly. He was expecting to shoot his load into Hazel's mouth, which he had done many times in the past, but Hazel wanted to drag her performance out. “I think we need these shorts off, if I'm to do a proper job,” she said as she took hold of the waistband and pulled his boxers completely off.

His cock was rock hard and seemed to grow even more as she returned her lips to it. She was now beginning to really enjoy herself and reached out to the bedside cabinet. “This is more serious than I thought,” she said as she took an elastic band of the cabinet. “I'll need to put a tourniquet on it before we go any further. This was something she had teased David with online for. Threatening him with the elastic band. David flinched as she stretched it and placed it around his erection then let go suddenly. David gave a little yelp as it snapped around his solid shaft. Hazel smiled wickedly at the sound and returned her lips to his knob. I could see that David was close to cumming and Hazel sensed it to. “I think this needs warming up,” she laughed as she took her lips from around his knob. “I've got just the place for it as well,” she laughed, as she moved her body and swung her leg over his body. Her pussy was now poised directly above his rampant cock. David tried to push upwards to meet her, but Hazel wasn't having any of it and raised herself slightly, just allowing his knob to spread her pussy lips. David soon realised that she was in control and just surrendered himself to her tender mercies. I was of course recording all of this on camera and got some fantastic shots as she rode his stiff cock.

She rode him for at least fifteen minutes, pulling herself off him each time she felt that he was about to cum. Finally when she was ready she drove down hard onto him and I watched them both reach mind blowing orgasms. Hazel flooding her juices around his cock, while he jetted his cum deep into her pussy. The pictures of David's cock coated with the mixture of their combined juices were amazing and some of the best I have ever taken. Hazel called a halt to the treatment and we all retired back to the lounge for coffee. “I think you might need a repeat prescription later,” she said as she slid her hand into David's dressing gown and gave his cock a squeeze. As usual with David's visits, it wasn't only the sex that was enjoyable but also the company as well. We sat talking for over an hour, before Hazel took hold of the tie belt on David's robe and tugged it gently. She pulled the sides apart and exposed his no limp cock. “Mmm,” she said, “I think it's time I took your temperature again David.” Both David and I laughed, but his laugh was cut short and replaced by a low groan, as Hazel lowered her head and slid her lips over the tip of his knob again.

“David's cock began to stiffen almost immediately and Hazel sat up again. “I think it's time for your medicine David,” she laughed, “your temperature seems to be rising again.” David sat there waiting for her to carry on with the treatment, but Hazel stayed where she was. “No David,” she said, “I think we need to try an alternative treatment and I think this one needs to be taken orally.” With this she stood up, fully unzipped the front of the outfit and lowered her panties, uncovering her obviously aroused pussy lips. She sat back down on the couch and opened her legs wide. It was plain that she was also really aroused, her pussy lips were pink and swollen and glistened with drops of her juices. “Now please don't be an awkward patient please David,” she laughed, “kneel down and take your medicine like a good boy.”

It didn't take David long to realise what was expected of him and he dropped to his knees between her open thighs, placing a hand on each and spreading them even wider. I moved, camera in hand, and sat beside them on the couch. I wanted, not to get some close-ups of David taking his medicine, but also to work on Hazel's breasts. She loves having her nipples sucked while her pussy is receiving attention. David looked up at me over her light covering of pubic hair and winked, then ran his tongue through her soaking pussy lips. Hazel moaned softly as my lips made contact with one of her erect nipples. She moved her hand and placed it on the back of David's head and pulled him harder onto her pussy. “That's it David,” she moaned, “but the medicine is inside the bottle.” David winked at me again and slid his tongue into Hazel's “bottle”. I released my grip on her nipple, changed position and focused on the action between her thighs. I got a fantastic shot as David's tongue slid into her. “I think you should have shaken the bottle first, David,” I laughed. David didn't need to shake the bottle, as he slid his tongue deeper into her, Hazel began to shake it herself. Her body began to quiver as he slid his tongue in and out of her and I knew that David was about to get the full dose of his medicine.

Hazel's head began to roll from side to side and her breathing became erratic. She began to moan more loudly as her body quivered as David delved deeper into her wetness. “Oh my God, David, I'm cumming.” Hazel's words weren't so much spoken as breathed, “Yes, I'm cumming, oh my God.” I saw her body stiffen and her back arch. She pulled David's head closer to her pussy and thrust up towards him. David's nose was now buried in Hazel's neatly trimmed pubic hair and Hazel began to moan and threshed from side to side uncontrollably. I had seen and caused many explosive orgasms in Hazel, but this was the most intense I'd ever seen. Her breathing was erratic and her body was convulsing violently. “Fuck me David, fuck me.” She was sobbing as the words poured from her. David stood up and slipped the robe off his shoulders. His cock looked huge and jutted out from his bush of pubic hair. Hazel opened her eyes just in time to see him dropping to knees between her spread thighs. I watched as she reached down and took his thick shaft in her hand and guided his knob towards her waiting pussy.

Hazel shuffled back on the couch a little and as David's knob touched her swollen pink lips, she wrapped her legs around him and trapped his cock in her hot, wanting pussy. Hazel's moans began to get louder as David drove his cock into her. Now as we live in a small block of flats, I was beginning to get more than a little concerned at the noise she was making. Hazel is very vocal when she is getting a good fucking and that is one thing David always gives her. She opened her mouth again, but this time I was ready for her. I had thrown off my robe and climbed onto the couch beside her and as her mouth opened, I drove my cock into it. Hazel's groans grew even louder as my cock filled her mouth. Now one thing that Hazel loves is sucking a cock while her pussy is filled with cock. As David drove his cock deeper into her pussy, I face fucked her, sliding my cock in and out between her soft lips, revelling in the feeling of her tongue washing over my knob.

Hazel was still moaning but the sounds were muffled by my cock and the sensation of the vibrations were driving me crazy. I was about to pull out, when David also started moaning. “Are you ready for your own medicine, Hazel?” He said. Hazel just moaned her reply around my cock and this did it for me, and as David shot his load of medicine into her pussy, my own cock delivered my dose down her throat. Hazel swallowed hard as I shot jet after jet into her mouth as David's cock was doing the same in her pussy. David collapsed on top Hazel, his cock softening rapidly in her pussy, while mine shrank from between her lips. That was the start of a fantastic weekend of sexy fun and frolics when Hazel mouth and pussy were filled with cum over and over again.