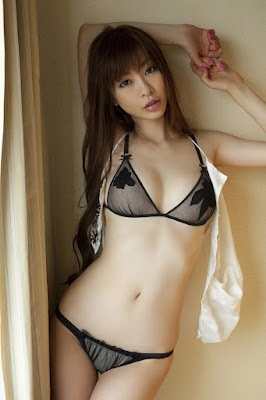 After one semester of college, I was still a virgin. I was proud of the fact, but not anxious to keep it that way. When I first arrived on campus, I was convinced that Cindy was going to be my first. But she ended up being a close friend (more to come on Cindy). I got to know a lot of people those first couple months, and had some very interesting encounters, but I was still pretty lonely.

After Christmas break, I had resided myself to another semester without a girlfriend. I wasn’t thrilled, but also didn’t see many prospects. Then I met Shari. I had actually met her earlier, but had never considered it a possibility. She wasn’t exactly my type and so I had kept my distance. Shari is about 5’9” with long blond hair that reached down to her ass. Her ass was larger than I would like, but proportionate to the rest of her body. But her tits that were spectacular. Even with a heavy coat on, they presented themselves well. It was one of the things that made me rethink how I saw her.(Adult Stories)

Shari and I began hanging in the same crowd second semester. We found ourselves at the same parties and she was in one of my classes. One night, after class (it was a night class), we sat and talked in the dorm lounge. We both were nervous, but the conversation went well. Before she headed up to her room, I said, “Shari, would you like to have dinner tomorrow night?” She smiled and said yes.

The next night, we went to a little dinner just off campus and continued our conversation from the previous evening. We had a lot in common and as we left, I reached over and took her hand. It was hot and sweaty, but I didn’t care, I was holding a girl's hand.

As we got to know each other, we began to relax. The first couple dates were long conversations with brief moments of touching. After a couple weeks, I kissed her and then things took off. She kissed me back and sparks flew. It seemed like neither of us could get enough of each other and I relished every moment with her.

Spring break arrived and we both decided to stay around campus. She didn’t live too far, so we’d spend some of our time at her house. That first weekend was magnificent. We were in her basement, making out while watching some corny horror show when I touched her breast for the first time. I can still remember the feeling today.

Over the week, we had several “make-out” sessions. Each one got a little more exciting. My first feel, was followed by my first under-the-shirt feel. Then under the bra and finally, removed the shirt all together. Oh the joy of sucking on large, full breasts. I thought I was in heaven. She liked it too; pushing them on me and moaning. It didn’t stop there, she was exploring too. Her hands were busy discovering new parts of the male body. Needless to say, I liked it a lot!

Things took off pretty fast after spring break. It was harder to get away, but we found times to explore each other’s bodies. I’ll never forget the night I fingered her pussy. Then I had the opportunity to lick and suck it. It was a little challenging at first. The hair, the taste, the smell; all made it awkward, but I loved it and still love it today. She got good at beating me off. Usually, it was short strokes with no finish, but there were times when she found the end for me. I was totally hooked.

Summer was fast approaching and I decided to stay and work from there, instead of heading home. I made the decision, hoping to have sex. I wasn’t disappointed.

A couple weeks into break, she invited me up to her parent’s house. They were out and she cooked me dinner. There was “heat” in the air as we ate and cleaned up. We headed down to the basement to watch a movie and before the first act was done, we were groping without any thought to the movie. I was totally into her breasts when she pushed back. We were both naked, I was hard and hungry for “dessert”. I looked at her with a puppy-dog face as if to say, “I’m all yours” and she reached down and pulled a condom from her pants pocket. I was shocked.

She didn’t say anything, just unwrapped the condom and placed it on my member. She stood up and straddled me, using her fingers to open her pussy for my cock. I didn’t move. I wasn’t sure this was real. But when the head of my cock entered her passage, I knew I was in for a ride. It was tight and she worked it so that I slide all the way in. The first couple strokes were challenging and I think both of us hurt a little bit. But after a few moments, we were in the grip of passion. She was moving fast now and I realized that those wonderful tits were in my face. I watched them go up and down in total amazement.

She slide off me and we held each other on the couch. “I thought you didn’t want to have sex,” I said. “I always did, I just didn’t want you to know,” she replied. She stood and took her clothes to the bathroom and I followed. We proceeded to clean each other up and put our clothes back on. As we were finishing, her parents arrived home; early. We smiled at each other and left to head back to school.