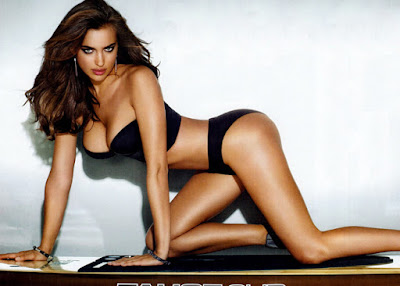 My name is Raj, and I live in Birmingham, U.K. with my wife, Alicia. I work as a creative engineer for an international trade corporation. One of the biggest parts of my job is streamlining the processes of my company. Only one other person in the company shares this occupation title with me: Leif, a very talented man from Norway.


While he lives in Oslo, he frequently travels to the U.K. branch of the company to ensure everything is going well, and to brainstorm with me. Just this last week we finally implemented a process that we had worked on tirelessly for months now. So to celebrate with him, I invited him over for dinner with me and my beautiful wife in our home.

“He should be here in 2 minutes!” I called out to my wife, feeling my body temperature rising from my anxiousness. I had convinced her to wear a her best white Saree that exposed her large supple breasts exquisitely. While I had asked her to do this, I felt as if she did it more to impress Leif, which made me super hot! Last night I had revealed my desire to Alicia about how I had fantasized about them being together. While she was initially surprised, she did not say no. Instead she said she will be open to it, only if he was as well. So that meant one down, one to go.

We sat in the kitchen next to to front hallway in anticipation of his arrival. Alicia gave me a slight smile as we waited as if to indicate she is ready. I smiled back right before the doorbell rang. We both got up and walked to the front door, with Alicia standing a few meters behind me as I opened the door to Leif, who stood quite tall, with dark blonde hair and a slight tan after a few weeks of being in the Caribbean.

“Come on in!” I said to Leif as he stepped inside.

“Wow, nice place.” Leif said looking around my home's entrance, leaving the dark of the night. Right before he could say anything else, his eyes quickly gave complete focus on my wife as she stood a few meters away from him.

I noticed he stared for a good second before thinking of what to say. This was a very good sign for me as I smiled.

“You must be Alicia.” Leif said as he shook her hand and gave her a hug. “I've heard many great things about you.” he said locking his eyes with hers. “I wasn't aware that anyone could be this beautiful!”

“I've heard many great things about you as well, Leif.” Alicia responded. “And I have never seen such a handsome man before as well!” she said while looking over to me as I was fixated on the situation, quickly returning to my senses.

“Well we're all here. Lets do a tour and then eat and celebrate.” I said beginning the tour.

After the 15 minute tour we all sat down to begin eating my wife's wonderful chicken soup meal.

Before sitting down I arranged two chairs on one end of the small table and one on the other; strategically placing myself on the single chair so Alicia and Leif could sit in close proximity.

“Oh, you don't want to sit next to Alicia?” Leif asked, confused by the set up.

“Ahh she knows me quite well, and you know me quite well. But you don't know eachother very well.” I responded.

They both pulled up their chairs and gave a quick smile to eachother.

As we ate and drank, the two grew quite friendly with eachother. As jokes were told my wife would touch his shoulder and occasionally put her hand on his lap at various points while laughing.

“ Well it has been a great night!” Leif said stretching in his chair, smiling at my wife.

“Leif there is something my husband would like to ask of you.” Alicia said putting her hand on his to remind me to ask.

“Of course.” what would you like?” Leif said turning his attention to me.

“Leif, as you can see, my wife is very beautiful.” I said as he nodded in agreement.” I took a quick breath as my pulse started to race. “I would like you to sl**p with my wife.......with me watching.” I said.

“Forgive me for asking, you don't need-”

“Oh no, it's okay, I just didn't expect that.” Leif said smiling at my wife. “I certainly have no objections.”

Leif had a f****y back in Norway but broke up with his wife, working to provide for his offspring. So I knew he wouldn't turn her down.

“So?” my wife asked while rubbing his leg gently.

He looked between us and smiled. “I would absolutely love to.”

I jumped up out of seat and cheered in an energetic way. “Well shall we get started.?” I said as my wife got up and took his hand leading him up the stairs. “Feel her ass Leif.” I said as he climbed up behind her, with me behind him. She stopped in her spot and gave off a devilish smile as she stuck out her voluptuous ass in front of Leif's face, making him feel her soft protruding rear.

“Oh my god, I can't wait.” Leif said he planted a kiss on her solid ass making us all very hot.

I wanted to have the thrill of spying. “You two get started without me, I have to go check the power box.” I said as I led them into our bedroom, leaving the door cracked open. Obviously, I wasn't going to check the power box; instead I turned off the lights in the hallway and peeked one eye into the room to watch my wife, the love of my life, get intimate with another man. I was rock solid already, but what I saw when I looked in made me go wild.

In my dimly lit room stood Leif with his arms wrapped around my wife feeling her large breasts, with his crotch against her from behind, kissing her neck, making her moan lightly. She reached backwards running her hand up and down his pant-leg over his huge visibly shaped cock. This was intense!

Alicia turned around and gently pushed him to sit on the edge of the bed, gazing up at her. She gently guided his hand oner her body to slowly pull off her Saree revealing her fully nude body as she stood before him. He was absolutely hypnotized, and this was just the beginning of it!

“Do you like what you see?” she said as she leaned over him with her large breasts dangling in front of his mouth. And like a fish latching onto bait, Leif latched his mouth onto her large breasts and began furiously sucking, making my wife moan in pleasure. He switched between both breasts causing her to lactate in his mouth as she ran her hands through his thick hair.

At this point I pulled my cock out and started slowly jacking off. I was doubtful that they remembered my existence at this point, but I was too turned on to care.

As he let go. The milk ran down my wife's body as he grabbed her and switched spots with her so that she was now at the bedside while he stood. Instinctively, she started to unzip his khaki pants and pulled out an enormous white cock that took her by surprise.

“W-wow...” she said in astonishment. “I don't think I've seen anything this big before”.

“Go on, give it a try.” Leif said as he motioned his cock closer to my wife's mouth. My heart began to race again as I saw her put her warm mouth around his big juicy dick. As she sucked for a few minutes with the most passion I had ever seen, Leif let out manly grunts in complete pleasure. “Damn, you drive me crazy baby! I can't wait any longer, I have to be in you!”

He pushed her backwards onto the bed so she layed on her back as he rubbed his huge white penis against the edge of her brown pussy lips. Soon after he slowly entered her making her shiver as if she had just been revived by a defibrillator.

“Oh FUCK!” she yelled out in pleasure. “Looking down at his cock entering her made her bite her index finger as his huge girth spread my wife's vagina like nothing I had given her before. She was in a slightly painful ecstasy. So much so, that after only a few thrusts from his big viking cock, clear juices began to seep out of her pussy, onto his dick and onto our bed.

For the next 10 minutes, he thrusted her endlessly and with so much power, that I became mesmerized and found myself standing next to them as the bull slammed my wife, shaking the very foundation of our bed.

They both slightly noticed me as my wife tried to give me a smile as he ravaged her. “Fuck her Indian pussy as a hard as you can, this is amazing.” I said to Leif as he seemed to pay me little mind. His focus was on her. He got up into the doggystyle position as he plowed her from behind making a loud slapping sound with each thrust. I then sat at the head of the bed taking my wife's hand as he slammed her relentlessly from behind. She was in a pure state of ecstasy from the way she seemed to almost look through me. I continued jacking off.

He started to groan as he slowed his thrusts, making my wife moan up to the heavens as he pumped his warm white seed deep into her fertile womb. They both slowly stopped as Leif pulled his penis out of my wife's vagina laying her down on the bed so that I could see the result of my actions.