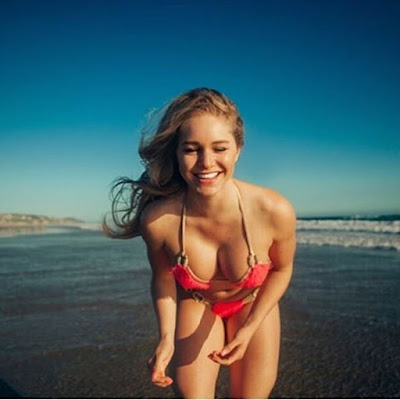 This one seemed to have a better range of clientele; teachers and other professional people went there. I’d sucked-off a few of my old teachers there and taken their cocks in my cunt – just on the other side of a glory hole. I’d also spent motel time, with a few, over the years I lived there. This was the one that this little sissy slut wore the better outfits to visit. I liked most Friday and Saturday nights there.


It was the one where I met Jack the first time…when he tried to fuck me through the wall.

I never imagined I’d find John Cross there. He was a close friend of my fathers’, had been for a long time and, I knew him while growing up along with his entire f****y. I recognized him right away. Time and bookstores change a lot of things!

When I went to enter the store, he was leaving. He was nice enough to give me a little smile then. stand aside allowing me to enter. I gave him a quick little smile and thanked him. He gave me the twice-over and I felt the waistband of my panties tug a little…he had good strong eyes. As I flounced my way to the counter, he turned and followed. I killed a little time in the front, ‘advertising’, then strolled to the back with an appropriate amount of wiggle. He was one of the two who followed. I wondered about him – obviously interested enough to follow me back to a booth? I was a real little bitch, slowly checking out the movies in the various booths, dragging it out then, ended up in my favorite one. One of the two narrow ones – made taking it in both ends, at the same time – pretty easy.

I’d spent more than two hours on ‘Bobbie’, like many nights when I was going out for fun. My hair wasn’t perfect but following a few hours there, that wouldn’t matter. I wore a newer lacy-topped white blouse with a very lacy demi-bra under it. It had some old cum-stains on it but no one was gonna look that close. Under my short navy skirt I had on a good garter belt, a pair of almost-not-there white bikini panties, decent stockings and navy four inch heels. At twenty-seven, five feet six inches and, about one hundred and thirty pounds…even I admitted that, I looked good enough to fuck.

I went into my chosen booth, locked the door, dropped some tokens in the machine and selected a movie. They took a booth on each side of mine. I sat down, tucked my little bag away on the small seat then, started to tease just a little. At first wiggling a little then, taking time to adjust my stockings, while running my hands up to smooth them out. I then stood, hiked the short skirt up a little and adjusted my panties…just for show then, sat back down.
They had both been watching what I was doing. In no time there was a cock poking through a glory hole…on Mr. Cross’s side. The other guy was a stranger, thinking about Mr. Cross, as I got in position, gave me the shakes; it was that I knew him.

The nice hard looked good. There was about seven inches on my side, which meant, there was at least an inch left on his side. The head was a nice size and he was a little thick – a good mouthful for any cocksucker. Slipping off the bench, I got on my knees, encircled the shaft with a few fingers and opened wide. It took a minute to work up some saliva so; I did some licking and kissing all around the head and shaft. That started some heavy moaning and gasping from his side.
Once I had some saliva, I did open good and wide to dive on him. As I did that he moaned even more, pushing his rock hard cock toward me. I got most of it in my mouth, jamming it against the back of it, then backed off and started some nice long sucking strokes. I took my time and made love to his cock, while checking behind me once in a while. The other guy watched then, when I looked another time, his cock was poked through the hole. Since I’d pre-lubed myself it was simple to reach back, hike my skirt up, slip my panties down, get my ass in the right position and back up just a little. As I mashed my backside against the wall, he slipped right in…full in both ends felt great. The other guy pressed himself against the wall hard then started fucking away.

I’d been in the place about fifteen minutes and was being well filled. It had the makings of a pretty good night.

That wouldn’t be for a while though – there was a new cock poking through the glory hole behind me and, when Mr. Cross left, his vacant hole was filled with a new cock within a few minutes. I was going to be busy for a while. That’s what I was there for! Once my mouth was full again, I backed up and positioned myself for the guy behind me. As soon as my ass was pushed against the wall he filled me and started fucking away…no lube needed at all. He was a little bigger than the first guy and filled me very well. So well that I was squealing and moaning a little – around the cock I was sucking – as he fucked away! I just kept my ass in position and worked on the cock I was sucking until both of them blew another load in me. Like the first blow job, I swallowed a little then, used the rest of it to ‘decorate’ my blouse.

There was one more guy that used my cunt then, I took a break. I needed more tokens anyway.

I knew that I was a wreck by then; gaping a little and leaking, my makeup smeared and my blouse damp from cum. I didn’t even check myself in the mirror, straightening what I could then, brushing off my knees, I strutted out to the front of the store, gave some customers a look at me then, went out for a smoke. As I stood in the dim light, flexing my knees and smoking, a car door opened in the parking lot and, I was approached. It was Mr. Cross. We talked for a few minutes until he offered, “If you’re interested…we could get a room.” Pointing at the motel across the road. Being a slut, I’m always interested. Knowing him and, knowing who he was, his friendship with my father, had me suddenly nervous again. I told him that I was interested.

His grand finale only lasted a few minutes but it was furious as hell! Flat on my tummy, with a double handful of sheet, he still almost fucked me off the bed! Damn, that man could fuck!

It probably helped that, while he was plowing me, I became very loud and vocal. As I lay under him all I could think of was all of the wasted years – all of the years, this could have been happening, when I was younger. At least I turned him on now.

We talked for a while, in the dim light of the room, he still had his shirt on. My blouse was mostly unbuttoned and my skirt was up around my waist. My panties were somewhere on the floor, along with my heels. He obviously liked what he saw – at least enough to give me a good fucking – we got our breath back and he started to play a little. I took the opportunity to play with his cock some; eventually getting around to sucking him as he played with me and, finger fucked me for a while. I sucked and kissed it – Mr. Cross started to get another erection. The guy had a great turn-around time!
As things became very hot I let the cat out of the bag, “God…I wish I’d known you were like this when I was growing up…you could have had me anytime you were in the mood…Mr. Cross.”
He stopped, two fingers well buried in my cunt and asked, “How the hell do you know who I am?”

My answer shocked him.

It was also interesting. He knew about me, knew that I was a little slut and, knew that it angered my father to no end. The revelation was that, “Damn, you were a cutie as a k**…a teenage boy…yes, I knew and thought about you…a hell of a lot! I did have thoughts about getting you alone and trying to seduce you…give you a good fucking. Only knowing your father so well stopped me.”

Giving his hard cock a good squeeze I said, “Well honey, you’ve got me now and, I’m all yours.”

I was indeed. A few minutes later, I was on my back again, legs pulled up and wrapped around him and, he was trying to fuck me silly. He did a damned good job of it! During that one, he tried a tentative little kiss; I don’t think he was prepared for my reaction which was to, open my mouth wide, put my tongue into action and, try to devour him. He was a damned good kisser too!

For a few reasons, he couldn’t be seen in public with me; that was okay. We ‘sex-dated’ off and on. The man knew what he wanted, I gave it to him and, he knew how to wreck a bed in a motel room!