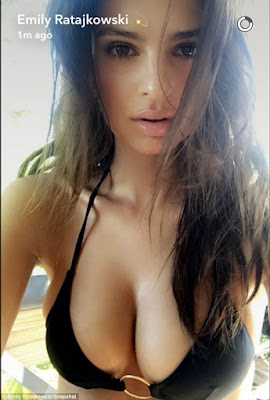 
Finally the first exquisite release began filling my mother's mouth. She responded by re-doubling her efforts. My whole body stiffened causing me to involuntarily buck my cock deeper down her throat. I kept coming until I was sure I was done. Then my mother gave a last squeezing draw with her lips down the length of my cock. I yelled something like "Eeeyeowww" as the last spurt coated her lips. She licked them as the smile she gave me was drawn from the well of her bottomless love.

Afterwards as she nestled in my arms, I asked her what she was thinking. She said, "I guess I'm just amazed at this whole thing…especially at myself. I've just had my son in my mouth and I'm not thinking, 'this is strange or what am I doing'? I'm thinking about all the things I want to do with you."

She slapped my chest playfully, "Oh no…I'm not telling." I could see she was a bit shy about talking about it, so I cajoled her.

"Come on mom, after all the stuff we've done together you can't tell me? Okay mom…why don't you whisper what a mother might want to do with her son if she loved him like you love me?"

I turned her over and began teasing my mother's asshole. Her knees came up and spread as I fingered around the tight pucker. The more I thought about being in her ass, the more enticing it sounded. The more I looked at the round globes in front of me, the more I wanted to be between them.

I put a finger a finger in and gently explored when I heard her begin moaning into the pillow. I said, "Do you like this mom? Is this where you want me to be?"

I put in another finger and watched excitedly as my mother's asshole was stretched, I wondered how much more it would have to stretch to accommodate my cock. I started putting it to the test. I saw aloe on her dresser and put some on me and some on her. It was soothing and cool and when I put the head of my cock against her greased pucker it gained partial entry. When the helmet was past the tight ring, my mother caught her breath. I stopped to rub up and down the flanks of her body from her breasts to her ass. As I continued I put my cock deeper into the slender channel. As I began to explore her depths in slow degrees, I asked her if she liked it. She said, "Yes…yes…yes" with each of my insertions.

The heat in her hole overtook the coolness of the aloe as the friction increased. The thought of being in my mother's ass and the sensations it was sending from my cock to my brain started multiplying exponentially. I accelerated the pace and imbedded my cock fully with each thrust. At one point I held her hips and pressed my cock as far as it would go into her and stayed there, filling her ass. She let out a long sighing "Ohhhh…" that took at least thirty seconds to trail off.

When I resumed the insistent driving of my shaft into her, I knew we were both ready to come. I wanted to look at my mother's face and show her my love as we came. I guided her over and put my cock back into her ass as I kissed her and told her that this was how I was going to love her forever. We found a rhythm as we reached for our climax. She took me as deep into her as she could. When she arched with a sharp cry, my cum began to pour into her. Each insertion released a hot stream into her as her sounds of pleasure washed over me. I knew that my mother had given me more than just her pussy and her ass - she had given herself; and I had taken her with love.

The last ten years have the best ten. Our lives remained filled with each other and a small incident last night tells our story. We had just come from a movie at a beautifully landscaped outdoor mall. The air was fragrant and we sat in a quiet gazebo surrounded by flowers. I put my arm around my mother my fingers rested on the top of her breast. We sat without a word and only her deepening breaths and the songs of birds settling in for the night could be heard. She put her hand on my thigh and before long I began to stiffen. We looked at each and smiled as we got up to go home. End