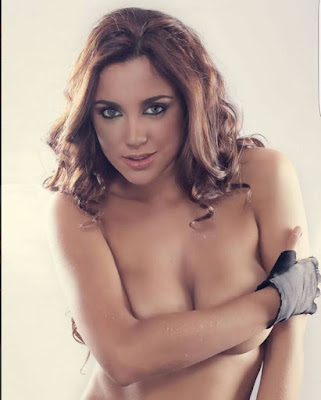 I have been married for two years, still have no c***dren, not that we are trying, and if I am honest I still value my sex and don't want to be stretching myself down there. My husband works on the oil rigs in Aberdeen, two and two, on and off, which is fine, but on this occasion, the timing changed, making it easy for what happened, I had an adulterous affair and now, I can't stop.(XXX Stories)


I am in my middle twenties, a keep fit fanatic, looking after my body and letting the rest take care of itself, meaning the sex. I have always considered myself pretty open to many things, exhibitionism and voyeurism, we both do and have done some weird things, in a sexual sense, finding it both fun and stimulating.

Five months back my husband called me from Aberdeen, he was due home and was re-routed for BOP school and a host of other safety courses, he would not be coming home and would be going back to the rig.

We would be apart for six weeks in total, and at night in bed, I was begging to feel the loss, which was the reason for what happened, made it happen, my need for sex, left my vulnerable, but at the same time, made me realise what made me tick.

It was while I was having a coffee break when the door bell rang and introduced me to a work mate of my husbands. It had been four weeks since he had left and he was now back on the rig, leaving me wanting the next two weeks to pass in quickly.

He introduced himself as Andy, and his reason for stopping by was, as he fumbled in his knapsack on my doorstep, he produced a tobacco tin, 'Johnny asked my to drop this off to you', he spoke in soft dulcet overtones with a Welsh twang, that made the hairs on the nape of my neck stand, I was warming to having a man so close to me.

'Look come in and have a coffee', I suggested, taking the tobacco tin from him, I was begging to suspect what he had given me.

Once seating in the kitchen by out breakfast bar, I opened the tin, 'Whacky Backy', as we called it. I liked the occasional draw, especially before a fuck, as it heightened my arousal state and made my orgasms more powerful, not that I was going to admit to that to this stranger.

'Cappuccino', I proffered, 'Sure', he responded, he has a cute smile but more that that, he was transfixed with my nipple show, I was nude under my t-shirt, and just as naked under my short skirt, I had not planned to go out this morning, so I had under-dressed for just walking around the house.

'So you like a joint', he suggested as I made his cappuccino?

'On occasions', I retorted, with a hint of something naughty as to when that occasion might be, I had a raucous laugh, and he smiled then added, 'It's alright, Andy said as much'.

I was momentarily shocked, and as my body warmed to the idea, that my husband had been discussing our sex life openly with strangers, well I assumed he had been referring to my only taking a joint before fucking.

'What has he been saying', I queried, mock pretending hurt?

'We shared a cabin', he started to tell me, 'and I found his dropped wallet just outside our cabin door, and not knowing whose it was, I opened it and looked for identity, that was when I came across some photos of you'.

My heart was pounding, I knew instinctively what was coming, and I put my head in my hands to cover my face, those photos were nudes of me, and I said as much before he nodded and agreed.

If anything my nipple show was in full bloom, and to cover my embarrassment, I reached for the tobacco tin and decided to roll a joint, which I did, as he laughed and complimented my body, as I was in great shape, especially for him, as it had been four weeks since he had had sex.

I lit the joint and took a deep draw, holding it in before slowly releasing it, my head immediately spun and my body went into a completely relaxed state. I passed the joint to him, 'Go on take a joint with me', I put my hand on his shoulder as I handed it to him, 'I could do with the company', I added, as I left my hand on his shoulder, I was sure he got my meaning.

I watched as he exhaled, blowing it into my face, 'God your a fucking hot woman', he said, and I bent in and kissed him on his mouth.

'Will you fuck me', I asked him, more of a command than a question, 'In your arse', was his reply, to which I retorted as I pulled my clothes off, 'anywhere you want, just fucking do it'.

Two hours later I was sitting in a small cafe on the street, still feeling him in my bum though he had long gone as soon as he had cummed.

I had to hand it to him and I chuckled at his audacity. Having seen my explicit photos in my husbands wallet, he lied about his reasons for being there, it was true he knew I smoked pot, my silly husband talked too much when d***k, and as he did so, he had made up his mind to call in and have a free poke in my bum-hole, which he did, so in a sense, he fucked both of us, and I hold up my hands to his audaciousness.

At least, I know knew not to mention knowing him, at least the sex had cooled my ardour, I really needed a good fuck and he gave me one, though my poor bum was still gaping, he was a big boy.

After browsing around a bit I decided to stay in the city and treat myself to dinner, where I drank a bottle of wine, then decided to entertain myself a bit, suddenly recalling a club we had visited a few years back, so I sauntered over there, looking and feeling the need to refresh my sexual needs.

I made my way to Spittal Street, not really knowing if it was still there, our previous stop-over was just for a beer and to find out what it was like.

It was friendly enough and the lady serving behind the counter had remarked, I looked a cut above, young and pretty, 'I think my husband would have to pull them off you', she remarked laughing, then on a more serious note, suggested they would be interested if I was up for it, as they were swingers.

I turned onto Spittle street and sure enough the outrageous purple paint on the facade, now blending in with the dark sky, was there, but was it open?

I need not feared, it was, and I immediately felt my mood change, as if my body had received an electric charge I could feel my pussy getting aroused and wet, there would be a lot of men in there wanting a woman and I could remember going downstairs to a big room where there was a large bed.

I pulled the door open and was met by a burly man with a beer gut, he smiled slightly unsure of himself as I approached him, 'You're in for free love', he said softly and friendly, then patting his beer belly, he comically remarked, 'Turbo power'.

As I walked past him I turned and whispered, 'I'll remember that', he could see I was a tad d***k, and I felt him touch my bum and give it a gentle squeeze, which must have pleased him, as I was not wearing anything underneath my short dress.