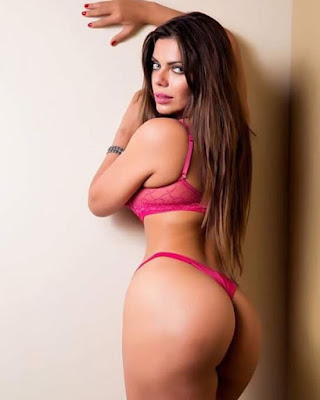 I had a flight to catch, but it was at 3:30 and that left me a lot of late morning and early afternoon to think about dick. One of my favorite ABSs was on the way to the airport, so I finished packing, popped a couple of condoms in my pocket just in case and headed out the door.(Adult Stories)


I got to the Pleasures on Washington St. at about eleven, headed in and paid my entry to the booth area. There were a reasonable number of middle aged guys milling around, but I couldn’t detect much of anything happening at first. Soon, though, I saw two of them heading into one of the larger booths. If I had been thinking ahead, I would have made it to the door before it closed.

At the end of the row is another large booth, so I entered and re-tuned the show. I had my dick out, stroking of course, with the door open. I really like to put on a show, and my 8 inch cock attracts a lot of attention. In the hall were two other guys, one older than I am and one younger, but both were pawing their crotches, so I was interested. They followed my cue and pulled out their meat, and I motioned them into the large booth.

When we entered, I remembered from my last visit that the latch on the door was broken in this booth, so I just pulled a chair up to keep the door closed. Then I dropped down and started sucking the cocks one at a time. Both guys had their dicks out and action ready, but I got them to pull their pants down so I could kneed their asses as I sucked.

The older dick was nice shaped and just short of 6 inches the younger guy was well over 6 and uncut. Pretty soon the two of them moved closer together. I thought that perhaps they were making out up on top, but no—they were allowing me to mouth both of their cocks at the same time. I stood up and the younger guy went down on me, but I guess the other one lost interest as he zipped up and left. That was okay, as the uncut guy and I proceeded to strip naked and get on the wide bench to 69.

We really went at it with him on top first. Since I couldn’t move much, I just worked his meat with my throat while he bobbed up and down on my dick and then popped my balls in his mouth. The shifted to side by side and then me on top. At that point I realized that the door’s broken latch had allowed someone to push it open and a couple of guys were watching us and stroking in the hall. That was pretty hot, but it was time to move on and try out some other cock.

There was a 40ish, good looking guy wandering around who seemed interested in spite of his wedding ring. I tried to get him to join me in a booth but he walked off while looking back at me. Since he went in a glory hole booth, I assumed it wanted his action there so I stepped in the other side. I sucked his thin and shortish dick hard, then suggested we go back to a different booth together. He agreed and I thought now I might collect my load. It was one-way action with me giving all the head, but I was really enjoying it. Here was a dick that I would like to have for repeated action. But he seemed nervous (or guilty). I asked him what I could do for him that his wife would do, and he said just what you’re doing, but he still zipped up and left.

Next I got an older guy who had been watching me before to join me. I sucked his never quite hard, but nice-sized dick like crazy and I went down on his balls which he really enjoyed. But I was ready to blow, so I jacked myself off while blowing him.

Time to head to the airport. I walked through the TSA line emptying my pockets and then, what’s this? It was thee two wrapped condoms that I had stuffed in my pocket before and never used. I wonder if anyone noticed as I stuffed them in my bag.