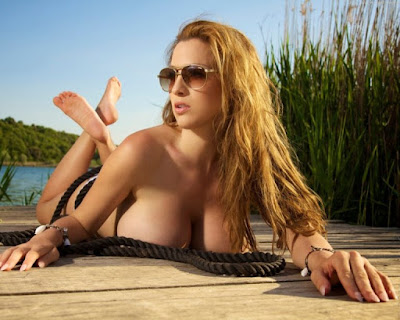 I am a truck driver and a few months back I discover that My wife of five years had been working two jobs. Soo little did I know. You see, I am a trucker driver and my treasure works full time at the local truck stop here in town. I can't always take my wife with me on the road as much as I would like. Which in terms I end up leaving her here in town till I get back. Its' hard on a guy like me to leave a pretty young woman at home and I have to go on the road to pay the bills.(Erotic Stories)


Soo a few months had passed since when my wife had came up to me and said that she was bored of being home by herself with only having to go to work and come home. So I asked her does she have something else in mind that she would like to do. She said no... I told her to give it some thought and when she finds out to let me know. A few more weeks had gone by and I was on the road when my cell phone rings. It was my wife telling she got a second job to keep herself busy while I was gone during the week. She told me the pay was great and she works at night after her shift at the truck stop.

I congraulated her and told I was sorry that I couldn't spend as much quailty time with her as I wanted too. She understood and told me not to worry and she forgave me.

That weekend I pull into my home town truck stop where my wife works. I park my rig way in the back of the truck stop so no other drivers accidently hit it or anything. As I am sitting there updating my log book, I notice a woman wearing a long black trench coat. She quickly caught my eye and the eyes of 2 black truck drivers I assume. The 2 trucker drivers stop to talk to her with bags in their hands as if they were going to take showers. As I looked on I noticed 1 of the drivers reach out to open her coat. From what I could see was a tanned woman with silver dollar nipples about a 36c and a shaved puss. Her body was that of a athletic built woman. Then a wild thought crossed my mind.

She's kind of built like my wife! I thought no,no,no my wife? Not possible. For one, it was already dark otside and the only thing giving off any light was the parking lot light poles. Plus my wife is a brunette with short hair and this woman was a blonde with long hair. So the other truck driver motioned for her to turn around so he could see her ass. She did just that. The truck drivers I guessed told her that they will be back becaused 1 of them tapped his gym bag as if to say I am going to take shower. The other driver pointed to the red rig with the white lettering as if to say thats their truck over there. The woman nodded her head and began to walk over towards the truck. Just as she began to walk another trucker came up to her and started talking to her.

So I hurried up with my log book and ran inside to see if my wife was still at work. Once inside the store, I ask my wife's co-workers if she had left yet. I had just missed her by 10mins. So I called her cell phone. She picks up and I tell her I won't be in till tomarrow morning sometime. She says okay. I apologize and asks her is she at her second job. She says yes, and she tell me she would call me after she got off work. So my plan was to surprise her later that night with some good quailty time the shes' been missing. Well, at least I knew she wasn't the woman in the truck stop parking lot. Just as I was about to walk out the store and back to my truck, I see the 2 truck drivers that was talk to the woman in the parking lot.

I walk up to them and ask " man that woman you guys was talking to in parking lot was hot! Who is she?" One of the driver's replys " man, I tell you I don't who she is. But she sure is fine ass hell! All she wanted was a little lovin and me and my boy are about to go give it to her."

The 2 drivers head out the store and I guess back to their truck. I was not too far behind then walking back to my truck. As they got closer to the truck the young blonde approached them giving them both a hug. I kept walking and went to go lock my truck before a nice weekend with my wife. But I notice that the 3 of them had disappear around to the trailer end of their truck. So being that I had to walk past their truck to get to my car I decided to stop a just take a look to see if I can see anything. I was curious. As I approached the truck and trailer I could see all 3 of their feet from the other side of the trailer. The 3 of them were in between the brick wall and the trailer. I just knew I had to get closer and see the action. So I walked around to the back of the trailer but on the other side of them. I heard her whisper what big cocks they both had.

The that familar sound for cock sucking and gagging began. Still I could only hear and not see. My heart start to beat nervously in hoping not to get caught nor heard. But I had to see. Plus from the sounds of her oral skills was causing my cock to swell in my pants. As I carefully and quietly walk my way to the back of the trailer where the doors of the trailer would swing open, it all of a sudden was darker in that area than any other. Almost pitch black. So now knowing that I put my back against the wall and slowly stepped sideways into the view of them. I could see them, but the could see me. The spot was perfect not too close nor too far way. She had both drivers with their backs against the wall of the trailer and was taking turns deep throating these 2 black cocks. Her oral skills was like no other I have ever seen on a woman. Unbelievable!

One driver moans out," are you ready for this? "

He tells the other driver to pick her up and just hold her up for him. The other takes off her coat and tosses it to the side. He then stands behind her and picks her up by the back of her knees. The other drivers slides 2 fingers into her alraedy wet puss and says "oh yeah, shes' ready...." he then slides his 10inch cock all the way in her and she moans out the feeling of pleasure and fulfillment. He slowly starts to stroke her, giving it to her nice and deep. Then they worked themselves up to a pace to soo intense that she bouncing off his thighs. The one driver pulls out and tell the other your turn. By this time watching the 3 of them I had pulled out my cock and yanked it to 2 orgasms of my own. Doing everything in my power not to be heard. And I was still hard as steel pipe! The young woman squatted down and took hold of the other driver's 8inch cock. Which looked a lot thicker than the others'.

Just as the light hit her face oh soo perfectly, I noticed it was my wife and she was wearing a blonde wig!!!!! I was at a lost of words. I felt mad, betrade, and used! But turn on by the fact she was getting banged by 2 well endowed black drivers' I watched on even more excited now than at first! My wife began to deep throat the other driver. She gives her all when she feels challenged. She was doing just taht. She then stands up and tells the one driver to stick her with that fat cock of his. He wastes no time and places her hands against the wall of the trailer. Slides his fat cock in her slowly giving her pussy time to absorb his thickness. As he starts to stroke her puss you could see her wetness running down her inner thighs from his cock stretching her puss beyond measure.

I always wanted to see my wife get banged by another man. I always thought she wouldn't buy it. So, this thick cock driver start to pound away at my wifes puss doggie stlye and from the way she sounds she loving it. When he slows down, she says "harder, deeper, faster". After breaking into a sweat, my tells them she wants both inside her. The driver with the thick cock grabs her coat and lays it on the ground. He lays on top of it and she gets on top of him. She guides his cock into her pussy. The other driver then mounts her from the to slide his 10inch cock in her ass. She urges him on and advises him to work it slowly at first. This was a first for me and my wife both.

My cock was soo hard I had pre-come dripping from the head. As, she began to rock between the both of them, my wife was letting out moans that I never heard before. Moans that you could tell a woman was getting banged with all the sinful pleasures of lust. They all moved in perfect rhythm with both cocks sliding in her love holes at the same time. Then their pace started to quickin and their strokes became as one in and the other out and the other cock in and the the other cock out. My wifes moans were getting deeper and louder and heard one of the driver say he was about to come. My wife moans "no, not yet!" as she continues to slide between the both of their cocks. The other driver says hes' going to shoot and just as he says that. My wifes lets out a strong deep passionate moan of total fulfillment as she orgasms between the 2 cocks. Both drivers bodys tense up and they both explode deep into her love holes.

The 3 of them are exhausted from the intense work. The 2 drivers leave but not before giving her a tip for her services. As my wife gathers herself together I sneak off to call her cell phone. "hey love, I made it to the truck stop and I saw your car in the parking lot are you still here?" "yea, I'll be there in one second..."