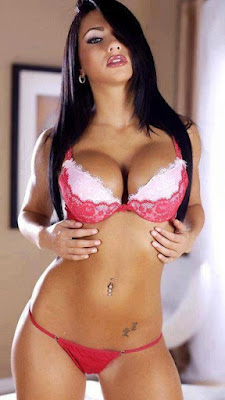 I was in love. I could feel it. I knew it because my heart was melting for this woman. "Thuy," I whispered, my mouth just an inch from hers, "this is the best day of my life."

I saw tears in her eyes and she nodded quickly.

"I'd do anything for you," I told her, the emotions quickly overpowering me.(Sex Stories)


"I know," she replied and wrapped her legs around my waist. My cock was again pressing up against her mound, though this time wrapped in a plastic shield. I looked up into her burning eyes. My hips moved a bit lower until it felt like my tip was between her labia. I pressed forward and she wiggled under me, moving. I pressed forward again, not sure. Where the hell was I? Everything was wet and warm and wonderful. How did I figure out where to go? Thuy reached down and took my condom-wrapped shaft in her hand, pulling me lower and at a different angle.

I pushed my hips forward again where she had placed me and Thuy's eyes shot open.

My head was inside her. I could feel the tightness.

I pushed again and Thuy cried out. Her arms wrapped around me tightly, clutching me. "Slow..." she coaxed.

I nodded, but the truth was I had no idea what I was doing. Was I in just a bit or a lot? She was so tight around me and I felt so much pressure that I didn't know how to move slow or fast. I tried to inch in a little more and Thuy was whimpering. My Thuy. Oh, my Thuy. I didn't want to hurt her. I resolved not to move an inch more inside. Instead I would try moving in and out, but going no deeper than I was. I slid backwards and she moaned. I moved in again and she cried out. I didn't know what to do. All I could think to do was stay put and hold her, so I did. We lay there for a while with me resting partway in her, clutching each other.

Suddenly, I felt her hips move against me, rocking ever so slightly. I kissed her again and tried to remain still, letting her control what happened. She continued these tiny rocking motions against me and I could feel sensations already starting between my legs.

"I'm not gonna last long," I confessed to her.

"That's OK," she said in a voice that seemed about to break.

"Are you doing alright?"

She nodded, then said, "it hurts some." She looked deep into my eyes and then caressed my face while our hips moved back and forth together. "I'm so happy."

I admit that I didn't totally understand, but how could I? My gaze fell down the woman I loved to where our bodies met. I could just see the base of my cock before it disappeared inside her. I was further in than I realized.

I had an idea. I propped myself on one arm and lowered the other down her torso, gliding over her skin as I went. My hand disappeared between her legs, bumping into my own cock inside her. I slid up from there.... Thuy squealed and jumped up. I had found her clit. I kept my cock as still as I could, just filling her, while my fingers began to touch that sensitive spot. Her little whimpers became cries and her arms started to flail around the bed. As she moved, her muscles gripped my cock inside her, squeezing it and releasing it. It felt so good.

I kept rubbing her clitoris as she rocked her hips against me, and she was speaking, "yes," Jake," "omigod," and 20 others that I couldn't figure out. I felt my balls clutching, building and building. I realized I was thrusting into her. I hadn't meant to. It was so hard to stop now. Her hips were rocking harder too. I really hadn't meant to.

Her fingers clawed at my back hard and she was watching me so intensely. There was sweat on her skin and tears.

I made sure my fingers kept moving on her. Tears sliding down her cheeks. I wanted to kiss each one. Her hips bucked hard into me. I was thrusting. Oh, thrusting deep into the one I had always loved.

It felt so good.

But I kept my finger moving on her clit as I was collapsing on her. I didn't forget. All I wanted in the world was to make her feel like I did. She deserved everything I could give her. "Beautiful, beautiful," I heard myself saying over and over incoherently as my cock continued to throb deep inside her. She screamed and flew to the ceiling. She plastered herself against my body. My fingers slipped from their place. Her face was buried in my neck and her body convulsed with soft sobs. I didn't let go. I was here forever for her. As long as she would have me.

"No, baby," she said still clutching me harder than I could believe. "Just a lot-" she breathed and wiped her face against me, "to handle," breath, "at once."

I felt her smile forming on my shoulder. "This is the reaction you want."

As our bodies calmed down, my emotions grew. I wanted to say something. To tell her. But I couldn't. There were no words for this.

"I know, baby, I know. I think our bodies have been trying to say it for us."

From the very first touch, so many hours ago, this had felt different from the mild experiences I had had previously. Now, I got it. My times with the other girls had been about sex, me trying to learn, but this wasn't. This was about Thuy.

Thuy lifted herself up and my cock slid out of her. I rolled the condom off, tied it, and tossed it in a trashcan. After I settled back down on the bed lying on my back, Thuy crawled on top of me again, resting her body on mine. She put her head on my chest and we lay quietly together for some minutes, breathing. I just held her and watched her rise and fall with each breath. I drew the sheets up around us.

"You know, I've been wondering why you haven't ever had sex before. There are women all over you, and as clueless as you, as we, can be, I think you know it deep down. If you had ever really tried, you'd have found someone to play with." She ran her fingers through my chest hair and then looked up into my eyes. "What were you waiting for?"

I knew the answer now.

Late the next evening, Thuy and I were cuddling on the living room floor watching something forgettable when the phone rang. I picked it up to discover my mom on the other end. "Hey."

"How was your weekend, Jacob?"

"Who is it?" Thuy whispered from where she lay in my lap.

"Was that Jennifer?" my mom asked.

"Yeah. We're hanging out together." I looked down at Thuy and decided to go for it. "Actually, I think she and I are going to try dating each other for a bit. See how it goes."

Thuy straightened up and looked at me.

"Don't stay out late.
Nowhere to go.
I'm home about eight.
Just me and my radio.

Ain't Misbehavin'
Saving my love for you." End