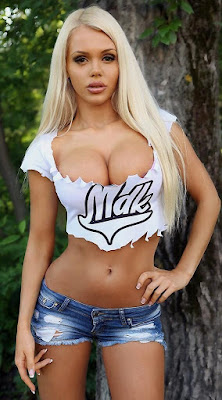 "Yesss....cum for me, you Whore," Sara hissed between thrusts as she grew near to her own orgasm.


All of the thrashing around was enough to also push Sara over the edge, as she came in an explosive climax. As Sara shuddered and shook, all the while buried to the hilt in Mrs. C.'s ass, Greg stopped beating her ass to marvel at the two women caught in the throes of their own passion. Finally, Sara, almost reluctantly, began to pull her cock out of Mrs. C.'s ass.

When she was in position, with her faces only an inch away from this stranger's pussy, she tentatively stuck out her tongue and licked up the length of Sara's slit. It was obvious she had never eaten another woman out, before this. After a slight pause, where she apparently decided that she didn't mind the taste of pussy, she began to lick and suck on her clit and pussy in earnest. Soon it was Sara's eyes rolling into the back of her head, as she enjoyed the ministrations of this older submissive woman between her legs. She grabbed hold of a handful of hair, at the back of Mrs. C.'s head, and began to grind her pussy into her face, all the while driving her on to lick it harder and deeper.

By this point, Greg had about all he could take and was dying for release himself. So he quickly stepped out of his clothes, and, with an already hardened cock, knelt behind his slave, took aim at her already abused and stretched asshole, and drove it home to the hilt on the first thrust.

Mrs. C. was so engrossed in eating out her first pussy, that she was completely unaware of what Greg had planned. Her first indication of that plan was when she felt her asshole being invaded by a cock again. She howled in pain, as Greg drove his dry cock balls deep on the first thrust. This time he didn't pause and began hammering as hard as he could into her.

Sara, never relinquishing her hold on the back of Mrs. C's head, began berating her as she ground her pussy into her face. "You like that, Whore? Eating my cunt while your master fucks your asshole? Huh? You like having my cunt juices all over your face? That's it. Keep sucking my clit. Now stick a finger in my ass. Yeah, that's it."

Sara was close to her second orgasm of the day, as her breathing had quickened to an almost panting state, and Mrs. C. was sucking and licking as quickly as she could. The sights, sounds and sensations proved too much for both girls and their orgasms seem to overtake them at almost the same time.

Crouching down, Greg tried to remove the nipple clamps as gently as he could, but, despite his best efforts, it elicited a sharp gasp and moan, as each clamp was removed, and the blood rushed back into the engorged and abused nipple.

Stroking her head affectionately, Greg praised Mrs. C. "You did very well today Mrs. C. I'm very proud of you. You have certainly earned my favor today." She practically beamed at the praise, and had a big grin on her face. "Now get dressed, gather up the things we are going to buy today, and take them over to the cash register."

As she got dressed and gathered up the clamps, crop, collar and 3 butt plugs, Greg took a moment to speak with Sara. "Thank you for helping me out today. You were a great help in the training of my slave."

Sara grinned back at him. "It was my pleasure, Sir." Handing him a scrap of paper with her name and number on it, she continued "and if you need my help at all with any future training, don't hesitate to give me a call. Anytime," she added suggestively.

"Count on it," was his reply as he headed out the door leaving Mrs. C. to pay for the items.

Once Mrs. C. was back in the car, and they were on their way home, Greg announced the next phase of his plan to Mrs. C. "I will be moving into your house this weekend. My parents won't care because they are too busy fighting and find me more of an annoyance or hindrance to their squabbles. They'll be happy to not be burdened financially with me anymore. Especially since neither of them have a job at the moment." He paused then, to give Mrs. C. time to absorb what he had said.

"But Sir, what will we tell Stacey?" She asked.

Greg had expected her to protest his plan quite loudly, and was quite shocked at her simple question instead. "We'll simply tell her that my parents are suffering severe financial problems, and that you offered to let me stay with you while they got things sorted out. It's not like you don't have the room. That 3rd bedroom has been vacant for as long as I've known you," he rationalized.

"Any problems with that Mrs. C.?" Greg asked.

"No Sir," she quickly replied.

They drove the rest of the way home in silence, giving Greg time to formulate his next step. With his recent success controlling Mrs. C, Greg suddenly realized what his next step was going to be. His lifelong dream was now within his reach - to finally have Stacey to himself. Little did Mrs. C. realize that she was going to help him get her own daughter. End