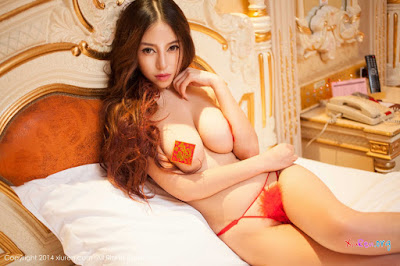 
Max was the best dogg in the world, a beautiful Golden Retriever. He had gorgeous hazel eyes and a bad habit of being at the wrong place at the right time... Max was only the first dogg I owned and he represented the beginning of many great friendships along the way...

It all started on a day in November quite some time back, I say that for sure because l remember that day as if it was yesterday. We had to travel into town to get groceries and such. Granmah Dorothy yelled at me from the other side of the house saying, "Lets go Sarah!... We got plenty of things to do today honeybunch. Plus, you know how your granfathrr gets when he has to wait too long..." Granpah didn't really speak much to me but when he did, he usually meant business. I rushed as quick as I could putting on my shoes without tying up the laces and I ran out to granpah's truck.

At the market there was this real cute older boy who kept looking at me between the isles. Even after we left I couldn't stop thinking about him. But that wasn't all, when I first saw him staring at me that way I sort of felt... Well, sort of moist down between my legs... Just the way I would feel when I would hump the corner of my bed at night for a lil while, until I would get tired and then I'd fall into a deep sleap... Long story short, at that eventful age of thirtein, I had a serious phase of chronic masturbation, and I would literally do it every chance I got.

When I got home later on that day I headed straight for the bathroom and I took a nice long steamy shower, making sure to lock the door before hopping into the tub. Once I turned the knob, the water poured down upon my body, trickling down between my thighs and it gave me that same tingling sensation I felt at the market with that boy looking at me the way he did. I reached my hand down, placing it on my exposed dripping wet pussy lips, running my fingers over my tightly puckered virgin cunt lips as I thought of that boy, while rubbing my hand over my little pink clit. I slid one finger daringly in between my smooth nearly hairless lips and I moaned deeply as I started bucking my hips back n forward a bit, "Ohhh!... Ughh... Mmm!" After rubbing my clit faster, I started moaning heavily and then all of a sudden my whole body shivered as I had an intense orgasm right there in the shower. I sighed afterwards catching my breath and I stood for a while resting my hand against the tiled wall to keep myself from dropping to the floor.

I finished showering and then I hopped out of the tub drying myself off. As I opened the door to the bathroom, there stood Max gazing up at me with those big hazel eyes and I tied my towel around myself as I bent down slightly to pet him. I realized I forgot to greet him when I came into the house, so I apologized saying, "Oh hey there Max... Sorry I didn't say hi to you earlier when I got home. Did you miss me Maxi?... Huh?... Yeah?... You're such a good boy..." I stood back up as I walked over to my room and he walked off to the living room again. He was usually quite the obedient one, especially for being as young as only 2 and a half.

I had put on a nice long sleeve shirt and a matching flannel skirt which covered just enough to look "semi innocent". I spent the rest of the afternoon in my room and I didn't care to notice I had left the door cracked open. I was reading a book and it was getting interesting as I read on, it was about a girl in her teins like me. There was one part which read, "... I thought about him while I lay there. The butterflies were fluttering in my stomach as I reached one hand down between my already moistened thighs and I moaned..." I continued to read as I stood up from the chair and I hopped up on my bed. I spread my legs, lifting my skirt as I pulled my panties to the side while I laid back on my bed as I started touching myself right then and there without caring who would walk in. I was moaning softly so I wouldn't call too much attention to myself and as I went a little faster making circular motions with my hand, my fingers rubbing on my clit. Just then I heard a noise coming from the hall as footsteps seemed to be approaching and I quickly removed my hand from between my legs, which was now wet with my pre mature warm flowing juices.

I sat up closing my legs and just as I tried to lower my skirt to cover my lower body I finally saw who it was that was creeping down the hallway. When I saw It was none other than my dogg Max, I was relieved to say the least, and I decided to go greet him saying, "Hey there Max!... Hi buddy... You're such a good boy, yes you are..." He climbed right on up and I pet him all over his gorgeous face bringing my face towards his as he kissed me, lapping his sloppy wet tongue all over my face. His hair was so soft since we gave him a very detailed bath, like twice a day.

He started moving his head down my body in search of something it appeared. Max kept on sniffing as he waived his snout around my thighs now. To me it just seemed like his usual sniffing around, so I didn't see the harm in letting him explore whatever scent he was picking up while I continued to pet his soft round belly. I suddenly became startled when I felt his snout on my crotch area since he had caught me off guard and I questioned him in alarm saying, "Whoa boy?! What are you doing?..." But he ignored my questioning as he continued putting his nose under my skirt, right between my legs.

I was just about to close my legs but it was already too late for that. Max had already moved his snout closer to the side my panties that was parted open slightly as he began lapping away at my exposed pussy, digging his flexible yet sloppy wet tongue inside my panties! I tried pushing his head away, but as he continued the feeling became more intense and I fought back less as I began to moan, "Max... Ohhh... Uhhh!..." I fought back less and less until eventually I just laid back on my bed, spreading my legs wider for him as I actually let my defiant pett dogg continue to lick my cunt. On my bed I laid down on my back as I blushed from the shame, not only because I let him continue, but also because he was actually making me feel better than I had ever made myself feel when I touched myself.

Suddenly, I moaned loudly having a huge orgasm when I felt a great powerful wave of guilty pleasure pulsing throughout my whole body as another wave came and then another. "Ohhh!... Oh Max!... Uuhhh! Ohhhh yeah!... Uhhhh! Uuuhhh! Uhhmmm!!!... Mmmmm!... Ohhhh yeah!!! Ohhh!!!..." I bucked my hips up and down as Max lapped away at all my flowing juices while I had one of my most intense orgasms, wetting my bed sheets plenty. Eventually my rather generous dogg stopped lapping his tongue over my cunt as he stepped back down and he simply walked away, back into the hallway after having satisfied me well.

That night I couldn't sleeip thinking about what I had done with Max earlier that afternoon...